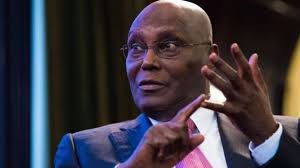 Atiku Abubakar,  a former Vice President and Presidential Candidate, of the People’s Democratic Party, PDP,may have played into the hand of the Independent National Electoral Commission, INEC, and President Muhammadu Buhari, of the ruling All Progressive Congress, APC, by rushing  to the Election Petition  Tribunal based on the information at his disposal that he won the 2019 Presidential  election.

cr He had reeled out figures , which he had alleged  was from the Commission, INEC, server. The result , which was seen in several quarters both within and outside the country  as authentic  made headline news  in major Newspapers in the country as  the online publications also feasted on it.

The PDP  Candidate had petitioned  the Tribunal , claiming that he scored  1.6 million  votes above Buhari, the APC, Candidate, who was  declared winner by Mahmood Yakubu, a Professor and Chairman of the Electoral  umpire and therefore  should be reversed. The INEC  boss had  announced  that the APC Presidential Candidate  won the election   with 15,191,847 votes to defeat  Atiku, the PDP, Flag bearer who polled  11,262,978 votes in the February 23, 2019.

Signs that Atiku may be fishing in troubled waters emerged when  the Commission  accused  the PDP Candidate of fabricating the results of the Presidential election  to win public sympathy and to prove his case  at the  Tribunal. In apparent response to Atiku’s Petition before the Tribunal,  the Commission had distanced  itself from  the alleged electronic sheet  that purportedly  contained  the authentic results  of the Presidential election.

The Commission had petitioned the Tribunal, claiming that  ”it does not share information  with an unclassified entity  and therefore any information  purportedly derived from an unofficial source  which is different from the result  declared by the body is not authentic  but rather was invented  for a purpose: to create Constitutional crisis.

The Commission maintained  in the 291 -page response  that it had never transmitted  Presidential election results  since 1999 and now through  electronic channels , but had always used manual  Collation as  as stipulated by the Electoral Act . Atiku may have shot himself on the leg  when the Commission  denied the existence of electronic transmission of  results as alien to the country’s Electoral Act.

INEC response may have given ammunition to the Buhari and his Party, APC, to complicate the PDP Candidate case by insisting that he was a Cameroonian and therefore not qualified to contest the  Presidential election.  The Party had assemble a team of legal luminaries  to argue out their case at the Tribunal  that Atiku has no reason of heading to the Tribunal because he is not a Nigerian and therefore  ought not to have contested the election in first instance.

The Party legal team may also be putting final touches to their documentary evidence to head to the Conventional Court to prove that the business mogul and the PDP Presidential Candidate  was not a Nigerian  and therefore should be deported to Cameroon.  Abdulrahman Dambazau, a retired Lt General and minister of Interior may be waiting in the wings  for a Presidential directive if it gets its way in the Tribunal and the Court  to deport the PDP Candidate  to give the party a breather.  Close sources informed the Value News  that the PDP Candidate did not see the gang up of  INEC and the APC to   frustrate him  as anything as he assembled a good number of Senior Advocates of Nigeria, SAN,  confront the  INEC, Buhari and APC ,Legal Team.

The  question on the lips of most people was that if the Yakubu led INEC , claimed  that the Presidential election result   electronic result sheets allegedly obtained by Atiku , the PDP  Candidate were not authentic , how did the APC leadership knew that  the Party has hacked the Commission Server, an indication that there might be some elements of truth in his claims.

Despite plot by the INEC officials and the APC leadership to force the PDP Candidate to soft-pedal  in the pursuit of  his petition  before the Tribunal , Atiku, according to sources has vowed to pursue the matter to its logical conclusion  to obtain justice. He was said to have told those that cares to listen that there s no going back on the case as both INEC , APC and president Buhari are fighting a lost battle.