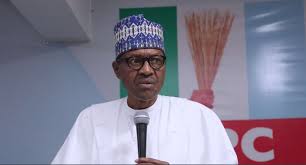 For the first time in Nigerian political history, Nigerians are crying out that politicians seeking elective office are not spreading the money to seek their support. Aggrieved Nigerians who spoke to The Value News cited the 2015 Presidential election where money was distributed freely to reach out to voters through various Associations ,Mosques and Churches.

They had expected President Muhammadu Buhari of the ruling All Progressive Congress, APC, and Atiku Abubakar, a former Vice President and Presidential Candidate of the People Democratic Party, PDP, the front runners in the February 16, 2019 , Presidential election to electrify the polity by spreading the money to show that it is an election year. Recall that Atiku, who emerged the PDP, Presidential Candidate had spent millions of dollars to woo delegates at the party Primaries in Port Harcourt that other Candidates who could not match his spending were forced to back down and support him.

Nigerians had expected that he will continue the spending ones he had won the ticket but this not to be. Ibrahim Magu, acting Chairman, Economic and Financial Crimes Commission , EFCC, and the Mahmood Yakubu led Independent National Electoral Commission, INEC, were said to have put a close tab on the Presidential Candidates and others seeking elective offices to monitor their spending during the election.

Godwin Emefiele, the governor of the Central Bank of Nigeria, was said to have been directed to put a close tab on the banks to monitor withdrawals by politicians. The European Union, EU, which had last December revealed that it has committed #100 million to the conduct of important elections in Nigeria between 1999 and now had frowned at the way Politicians throw money about to win election. The EU Observation may have forced the EFCC and INEC, officials to do their job as it ought to be done by controlling the spending of the politicians during this 2019 election.

Buhari may have queued into the Commission and the anti-graft agency directive that those seeking elective office including the Presidential Candidates must keep to the ceiling that had been given to avoid running into trouble during the election. He was said to have directed  the ministers  at the Federal Executive Council , FEC, meeting on Wednesday, January 9, 2019, to take advantage of the social media to reach out to voters on the need to return the APC to power in next month’s Presidential election.

”Try and use text and multi-media messages to seek votes for the party and government”, he had advised. He was said to have made the minister who had expected him to authorise Emefiele, the CBN governor to release money from the treasury or any other source to fund the Presidential election.

A source told The Value News that the ministers were disappointed when  he dropped the bomb shell. ”’There is no money  from the treasury  for use in the Presidential Campaigns”. He was emphatic, ” I will not authorise it”.

Appealing to the ministers to take the message  that the ”APC cannot use money from the treasury to share out  to prospective voters”,  but to vote for  the party because of its  clear development agenda that is best suited  to take the country  forward  and sustain its economic development.

According to him, Nigerians can  no longer  be swayed by money politics  and those who have nothing to offer but to loot the treasury when they grab power. He was alluding to the various Presidents from the PDP, who ruled the country between 1999 and 2015 , particular President Goodluck Jonathan who was said to have authorised the release of funds from the treasury to party Chieftains for the election.

He was said to have also sent the same message to Ahmed Tinubu, a former governor of Lagos state  and Chairman of the APC Presidential Campaign Council that there is no special vote from the government  to fund the Campaign. This may have forced Tinubu and  other members of the Buhari Presidential Campaign Council to task party members  who have the wherewithal to raise money to fund the Campaign.

The Katisna born Nigerian President may have known from the onset that he cannot order the release of funds from the treasury to fund the 2019 Presidential election as he is under close watch that he has to reach out out to individuals and Association financial support. Take for instance the rice farmers Association of Nigeria and Fertilisers Producers  and Suppliers Association of Nigeria, RIFAN, alone, were said to have raised N1.2 billion to support the APC Presidential Candidate re-election Campaign next February. The groups may have made Nigerians to believe  that the money  was raised  through donation of N100.00 by their members.

Aminu Goronyo, the President of RIFAN disclosed that the N100.00 was paid by the over 12 million members of the Association. Atiku Bagudu, governor of Kebbi state and Vice Chairman of National Food Security Council, NFSC, was said to have master minded the fund raising from the groups .

The groups, according to sources may have been forced to raise the money for the Buhari Presidential Campaign  to pay for his Administration’s financial support to them over the last couple of years. Bagudu, the Kebbi state governor and  Buhari close political ally in the north west  confirmed that the government had  disbursed  174 billion as credit  to farmers under  the Anchors Borrowers Programme.

Many believe that the government may have arm-twister  the groups to  raise the money  for the Campaign as it could not be probed. They queried how the leadership of RIFAN could have been able to gather over 12 million members which are scattered all over the country to donate N100.00 each. They believe that Gronyo and Buhari, the APC , Presidential Candidate have not told Nigerians the truth .

Political watchers believe that the EFCC and INEC, close watch on Atiku and the other Presidential Candidates to monitor their spending during the election was part of Buhari and the APC leadership to ensure that the other political parties Candidate are cash strapped to sustain their Campaign. But Buhari may want Nigerians to believe that the government has no hand in the RIFAN donation to his Presidential Campaign Fund.

Despite plan by INEC and EFCC to control politicians spending during the February and March elections, to usher in new government at the national and state level, the Electoral umpire was said to have adopted  an entirely different  security architecture in the deployment  of security operatives for the 2019 general election.

Yakubu, the INEC  boss was said to have told the members of the Inter-Agency Consultative  Committee  at a recent meeting that the Nigeria police  will be the lead agency for  election security. He was said to have informed the Committee members that the military  would be used to monitor the distribution  and delivery of election materials and protection of election officials from party tugs who might want to hijack ballot boxes from polling centers. He reminded Nigerians  ”there is no gain saying the fact that it is about 37 days to the 2019 general elections” as the Presidential Candidates and others seeking elective offices both at the national and state levels have continued their ”no money to share to voters” Campaign policy of the APC Administration.

Mrs. Bukar Abba Ibrahim, former First Lady of Yobe state and minister of Foreign Affairs , who had resigned her appointment from the Buhari government to run for a Legislative Seat in her state may have known that the era of using money to buy voters to win election may not work this time around. She has no option but to resign in line with existing regulations of the government to sell her Candidature  to people of her Constituency to win their support.