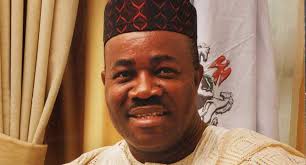 Godswell Akpabio, a former governor of Akwa Ibom state and a one-time Senate minority leader and  Consensus Senatorial Candidate of the All Progressive Congress, APC,   for the North -west district in the state, went into the election on Saturday, February 23, 2019, with the optimism to win Chris Ekeyong, his People’s Democratic Party, PDP, regarded as politically inconsequential in the state. He got it wrong . Unknown him, Udom Emmanuel, the state governor and his former political godson , has done his underground work to ensure that that PDP Candidates in the election win the state. It was not surprising why Akpabio, who had hoped to be the next Senate President , if he had won the election on the platform of APC. With the loss of  theelection, Akpabio, may have been permanently retired from politics in the state by Udom, the state governor.

Another major upset in the Senatorial election was the defeat of Bukola Saraki, a former governor of Kwara sate and now Senate President by Ibrahim Oloriegbe, an unknown politician in the state, who contested the election on the platform of APC. Saraki may have lost his re-election bid because of his involvement in the Atiku Abubakar , Presidential Campaign as the Chairman of the Presidential Council which gave him little or no time to Campaign for his re-election bid. He may have thought that the electorates in Kwara Central district  could still vote for him as usual  but got it wrong.  The people may have been unhappy with Saraki for taking them for granted over the years and therefore decided to teach him one political that they have the voting power to de-robe him.

Political analysts believe that the Kwara state born outgoing  Senate  President may have been voted out this time around by his own people for decamping from APC to PDP,  thinking they could follow him to  any party of his choice at any point in time .”We cannot continue to serve the Saraki family for life as if there are no other eligible political heavy weights in the Senatorial district. Political waters fears that by losing the Senatorial Seat to a much unknown politician in the state might be beginning of his forceful retirement  from politics.

Akpabio and Saraki, may not be the only political gladiators  that may be on the weeping list of failed politicians who have Senatorial ambition.  Ibrahim Dakwambo, governor of Gombe state , who had wanted to retire to the Senate when he steps down as governor of the state on May 29, 202019, lost to Saidu Akali, a Senator of Federal Republic of Nigeria, who re-contested on the platform of the APC. The APC Senator was said to have defeated the Gombe state governor with a very wide margin having polled  152,546 votes to Dakwambo’s88,116 votes .Dakwambo  may not be alone. Abiola Ajimobi, governor of Oyo state  This may not be the lot of Rochas Okrocha and  Ibikunle Amosun , both former governors of Imo and Ogun states respectively. Going by the Senatorial election for Imo West declared by  Ibeaawuchi Innocent, a Professor and the Returning Officer, Okrocha  , polled 97,762 votes to beat his closest rival , Jones Onyeri of PDP who scored 63,117 votes .

Another governor who may be finding his way to the Senate for the first time is Amosun, the governor of Ogun, the governor of Ogun , who is in the bad book of the APC leadership because of the humiliation suffered  party  the party leadership during  President Muhammadu Buhari electioneering Campaign in the state  as they were hurled with stones and other dangerous missiles forcing Asiwaju Bola Tinubu, the former governor of Lagos state and Chairman, of the APC, Presidential Council, to take cover to avoid being hit .