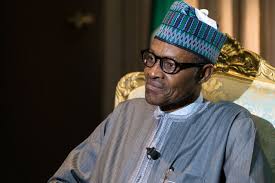 In spite of the fact that the Independent National Electoral Commission, INEC, had registered  over 70 political parties which gave Abdulsalami Abubakar, a retired Army General and former Head of State an opportunity to gather the Party Presidential Candidates in his capacity as the Chairman , National Peace Committee,  to sign a peace accord of the February 16, 2019 Presidential election, not much appears to have been known of the majority the political gladiators and their Campaign.

The rest, according to political Observers may have turned themselves into portfolio Presidential Candidates shuttling between their house and INEC premises instead of traversing the nooks and crannies of the country to canvass for votes.

Political analysts believe that most of the parties have presented Candidates for the 2019  Presidential election with the intention to use it as a negotiating tool to lobby for position from  Buhari or Atiku , the two major Candidate. Take the Coalition of Political parties, which is an amalgamation of over 60 Political parties which were said to have thrown their weight on Atiku, the PDP presidential Candidate. They may not be visible on the PDP Candidate Campaign grounds in the states, but they are said to be working underground for him.

Many of them, according to sources would have preferred to team up with Buhari , the APC, Candidate, but were forced to drop the idea when they found out that he was not ready to negotiate with them for any position which might distabilise the party structure.

Moreso, Asiwaju Ahmed Bola Tinubu,  a former Lagos state governor and the APC National leader who has a strong hold on the party was not favorably disposed to these Portfolio Presidential Candidates , described as political liabilities in party circles.

There is no gain saying the fact since Mahmood Yakubu, a Professor and Chairman of INEC, blew the whistle for the presidential Candidates and others seeking elective office to start their Campaigns, Atiku,  the PDP and Buhari of the APC ,have dominated the scene, thus , narrowing the choice between the formidable Candidates.

The duo were said to have spent time and money to organise their Campaigns.  Atiku, the PDP Candidate who started  his Campaigns  before the other Candidates had taken his Campaigns to sokoto, north west, Ibadan, south west , Lafia and Minna North Central geo-political region to sell the party manifesto of job creation, security and Food to the people. The PDP Presidential Candidate who has described his Campaigns as issue based may have warmed himself into the heart of the people in the states visited as they see themselves as ”Atikulated”.

Buhari, who had flag off his Campaign at Uyo, Akwa Ibom state , south south Nigeria, may have noticed some lapses in the planning of the Campaigns by Rotimi Amaechi, the Director General, of the presidential Campaign Council that he had to give a bite to the activities of the Council by handing over the Campaign machinery to Tinubu to oversee, which makes Amaechi, the Director general of the Presidential Council to be answerable to him.

He may have been impressed with the inroad made by the party in Bauchi state that he needed Tinubu to oversee the Council. He was said to been aware that Adamu Mu’azu, a former National Chairman of PDP, Babayo Garba Ganawa, a former Deputy National Chairman, north, Ahmed Yayale, a one-time Secretary to the Federal government  and one Kaulaha Aliyu regarded as the pillar of PDP in the state were defecting to the APC from state which was a big challenge to the party in this election period. This is because Mua’zu and the three other political gladiators from the state who defected to the party were no pushovers and needed to be properly managed to support the party to avoid the PDP experience of 2015.

According to Buhari , the appointment was for the purpose  of ”managing the Campaigns for the 2019 general elections” . This may have put Amaechi, the Director General of the Presidential Campaign Council, who was initially at the center stage and had direct access to the President  as he now has Tinubu between him and the President on Campaign issues.

He may have used the Chairmanship of the Party Presidential  Campaign Council to draw the former Lagos state governor nearer and work closely with him to plan the election. ”  We intend to touch all corners of our great and vast country” in our Campaigns, he had said The President may have justified the Choice of the former Lagos state governor as the Chairman of the Presidential Council  because of his experience.

He was emphatic  on this at the first meeting of the Council on Thursday, January 10, 2019, chaired by him.  ” Though  we will all be deeply involved in the Campaign” , Tinubu will be fully in-charge ,and is going to be on 24-hour vigil  to give him time for ”governance”.

Jagaban may have endeared himself to him because of his non controversial nature as the opposition  may have been waiting for him to allow Amaechi, the minister of Transportation  and the Director General of the Buhari Presidential Campaign Council to oversee the Campaign as he did in 2015.

Nyesom Wike, the then governor of Rivers state, a source disclosed was already waiting for Buhari to make the mistake of giving  the minister the nod to oversee the APC  Presidential Campaign because of his ”quick to anger temperament”.

Many however believe that Amaechi , the minister of Transportation, may have given Buhari room to doubt him and to bring in Jagaban, the godfather of southwest politics, closer because of the alleged video clip which was leaked to him showing where he was making uncomplimentary remarks  about him as a President who does not have a  listening ear”.

Indeed, there was the initial fear that he will drop him from the Presidential Campaign Council membership list but Buhari surprised Nigerians when he made the list  and was at the first meeting of the Council at the Presidential Villa, chaired by Him and Tinubu as the alternate Chairman.

Insiders told The Value News that Amaechi may have made the list in his capacity as the Director General  of the Council.  Note that the President has warned members of the Presidential Campaign Council to be careful in their conduct during the  election insisting that he is not desperate to be re-elected in February 16, 2019 Presidential election.  He stopped short of telling the Council members to play according to the INEC rule.

He did not hesitate in telling them, according a source, ”my work will speak for me”, an indication that he is not ready to interfere with the election. This may have forced the Tinubu led APC Presidential Campaign Council   to go back to the drawing board to plan for the election by embarking on a more Coordinated Campaign  to sensitise the people to come out en masse to vote on the election day. The Council was said to have panned its national Campaigns to last for 18 days commencing on Saturday, January 12, 2019. The next stage of the Campaign, according to party sources which is scheduled  to begin on Saturday, January 19, 2019 is expected to hold in Bauchi to formally welcome Mua’zu and other PDP decampees.

The plan , the source said, is for Buhari to participate in all the Campaigns in the 36 states of the Federation instead of leaving it for Tinubu alone to handle, which would further give room to the Opposition PDP to use it as a Campaign issue.

Going by the Campaign plan that had been drawn up by the Tinubu led Buhari Presidential Campaign Council, analysts believe that Buhari would be running a Coordinated Campaign  that would put him ahead of other Presidential Candidates,  particular Atiku of the PDP.