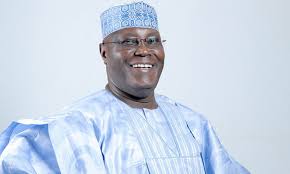 Abdul’Aziz Yari,  governor of Zamfara Chairman, Nigeria Governors Forum, NGF, is an unhappy man.  Yari’s source of unhappiness was the refusal of the Independent National  Electoral Commission, INEC, refusal to recognise and issue of Return, to Zayyannu Salisu, the governor- the state and other elected National and state House of Assembly members. Salisu had contested the March 9, 2019, election based on a Court order.

Giving by the underground work done by Yri , in the state,  40 political parties  in the state had joined forces to to mobilise their supporters to vote for the APC Candidate . The fallout was his victory over the Peoples Democratic Party, PDP,  governorship Candidate in the state, Bello Matawalle.

As a prelude to forcing the Commission to issue the certificate of  Return to the elected  APC Candidates in the state including the governor-elect,   Yari, the state was said to have made adequate endorsement of President Muhammadu Buhari,  to approach the Supreme Court on the matter.

According to him, the going to the apex to interpretation of the better understanding by the parties.  ”I think it us to Supreme be able the judgment is about”, he had said.

An aggrieved Zanfara governor, disclosed that in the Court judgment  , ”there was no order  or directive  of what to be done  or what not to be done”,  noting that the did not make any announcement  regarding the National and state  Houses of Assembly in the state and wondered why electoral umpire has refused to give them their certificate of Return.

Giving the unfolding drama in the state, Matawalle, the PDP , Candidate in state   was said to have advised  the ruling APC , leadership in the state to  ”accept  its inability  to have approved Candidates   in the last governorship election as act of God  ”. The PDP Candidate is looking forward to being declared the governor -elect of the the state by INEC, since it has won the case against APC, that it has no right to field Candidates in the  last governorship and states Assembly Election. Yari, the state governor of the state may  have known that   the Commission will with that option and therefore not ready to throw away the mandate freely given to the party by the people.

Even though the APC, may have won the governorship election of the state, the PDP, had refused to concede victory to him insisting on challenging it the Election tribunal over allegations of cheating during the conduct of the election.  Recall that Buba Galadima, a former , Director General, Nigerian Maritime Administration and Agency, and a one -time Buhari, political ally,  and now  working closely with Atiku Abubakar, the Presidential Candidate of the PDP .. had raised alarm prior to the governorship election that  that ballot papers were being thumb printed in the state government House  ahead of the governorship  election in the state.  Many had expected Mahmood Yakubu, a Professor, and National Chairman of INEC, to react to the allegation but nothing came out of fueling speculation that officials in the knew what the part may have done.

While Zamfara,  APC, fears losing out to PDP,  in the state, if wins their case at the Appeal Court, the could not hold the last in because of a Court ruling has promised to do so on Thursday, March 28, 2019.  The Supplementary Election was said to have been put on hold because Court ruling in a Mustafa Shaba, the governorship   the Restoration and Defence for Democracy, MRDD. was said to have filed an ex-parte motion against, INEC, over the the party’s logo on the electoral materials used in the March 9,  election.

Meanwhile, the three-man Presidential election tribunal has granted Atiku, the PDP    to formally Buhari, the the   sent to it over the last  Presidential election, which he claimed was won by him at press time, it could not be ascertained whether Atiku and the PDP, has served him the petition.