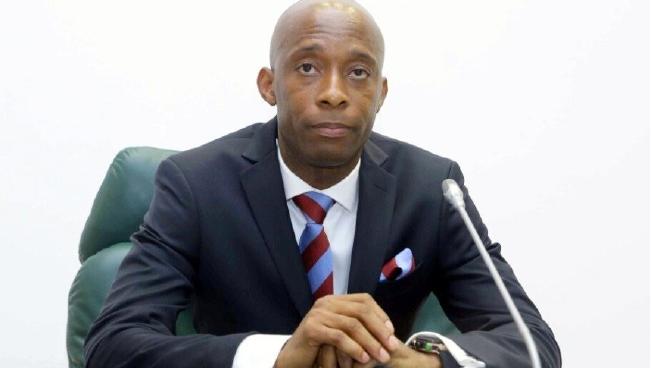 The Akwa Ibom State House of Assembly has passed a budget of N672.9 billion for the 2019 fiscal year. The budget christened ‘Budget of Industrialization For Poverty Alleviation’ which was presented to the House last November by Governor Udom Emmanuel is made up of N447,902,796,440 set aside for capital expenditure, N97,395,624,590 for recurrent expenditure and N127,686,339,730 for consolidated revenue fund charges.

While passing the budget, the Speaker of the House, Onofiok Luke said the budget was an economic transition proposal which will support the completion agenda of the Governor Udom Emmanuel’s administration.

According to him, the budget which serves as the last for the 6th Assembly, stands as the pioneer economic blueprint for the proposed Completion Agenda of the next 4 years.

According to him, the inputs by the people during the public hearing inspired need-based augmentations especially in the social sector.

“Our overall objective was to see to it that priority was given to areas of immediate importance to the people while we pursue the larger goal of full-scale industrialization.

The House had increased the budget by N2 billion according to the legislators to meet the expectations of stakeholders who considered the parameters for the 2019 proposals during the public Hearing.

The Speaker explained that inputs by the people during the public hearing inspired need-based augmentations, stressing that the overall objective was to give priority to areas of immediate importance to the people while the government pursues the larger goal of full-scale industrialization to meet the salient socio-economic agenda of government, which includes infrastructural development, job creation, and revenue generation.

Beyond the passage of the Budget which is the last major duty by Onofiok Luke led House and for him as the Speaker, the state legislative House also passed into law the Akwa Ibom Youth Development Fund Bill.

The bill seeks the implementation of a sustainable youth policy framework in the state.

It proposes the establishment of the Youth Development Fund whose ultimate aim is to create jobs and evolve greater opportunities for our teeming youths in the state.

The Speaker of the state House of Assembly, Onofiok Luke while commenting on the Youth Development Fund Bill, said its passage into law was in line with the assembly’s commitment to youth development

The bill which was proposed by youth groups including the Youth Alive Foundation, and has Emmanuel Ekpenyong who represents Ini State constituency in the House, as lead-sponsor, is seeking the implementation of a sustainable youth policy framework in the state.

Luke said the bill “proposes the establishment of the Akwa Ibom Youth Development Fund which ultimate aim is to create jobs and evolve greater opportunities for our teeming youths.”

He commended the Youth Alive Foundation and other youth organizations for proposing the bill while urging Akwa Ibom people to take similar advantage of the legislature to propose laws that can positively affect the generality of Akwa Ibom people.

Observers see the passage of the budget as a parting gift of the youthful Speaker Onofiok Luke who is now an elected Member House of Representatives. Incidentally, the Speaker was the Chairman of Finance and Appropriation Committee in the last Assembly, a position he is said to have used satisfactorily in ensuring smooth passage of state budgets.

Governor Udom Emmanuel while presenting the budget last year to the House of Assembly said the 2019 budget is predicated on an oil benchmark of $60 per barrel at a production rate of N2.3 million barrels per day with an exchange rate of N305 per US$ in line with the budget benchmark projections. According to the governor, the 2019 budget was christened Budget of Industrialisation for Poverty Alleviation, adding that the state had started witnessing a breakthrough in industrialization with the construction and commissioning of some firms.