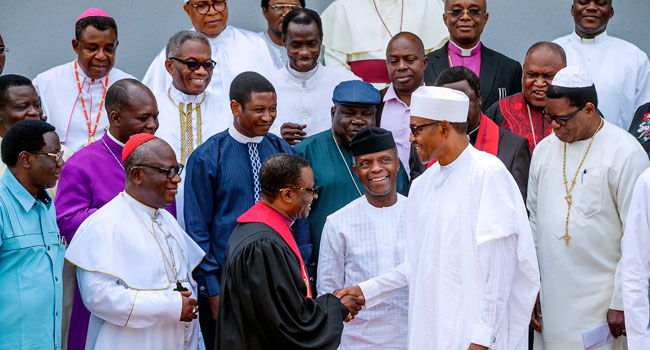 Those  using their contacts in the Presidency  and  the All Progressive Congress, APC, leadership, to lobby for appointment  into the President Muhammadu’s  government would be disappointed. This is because  the Katsina state born Nigeria President  has made it clear to those  that cares to listen  including  Abba Kyari , the Chief of Staff ,and the Cabal Cabal in the Presidency that ”appointment would be based on merit”. This is an indication that politicians holding ministerial or other key appointments in   the government who could not deliver their states to the party in the last general elections  may  be kicked out in this his second term in office.

This may have forced the likes  of Rotimi Amaechi. a former governor of Rivers state and minister of Transportation, who incidentally served as Director General, APC Presidential Campaign Council, APCPCO, to do everything within his powers to put his name on the list of ministers who delivered their states  to APC, to retain his ministerial position. The delay by Mahmood Yakubu, a Professor and Chairman,   Independent National Electoral Commission, INEC, to  give the nod to the Resident Electoral Commissioner, REC as well as appoint a new Returning officer or allow the former  one  to conclude the Collation and announcement of the governorship and states Assembly result in  the state speaks volume. The parties are hiding under the cover of the Court process to play politics with the announcement of the state result, which was believed to have been won by Nyeson Wike, incumbent Peoples Democratic governor of the state.

The President  may not have made matters worse for the lobbyists  who think that appointment into the new government  would be an all APC  affair   where all ministerial and other key appointments into government agencies were reserved for the party members,  when he declared that he was going to” run an all inclusive government”, an indication of a national spread  in his appointments  to give every part of the country  a sense of belonging” .

Only recently, of the Christian Association of Nigeria, CAN,  who had at the President Villa to congratulate his re-election in the February 23, 2019, Presidential and National Assembly election had noted that his victory ”underscored the trust  Nigerians have on him. The  CAN leadership described as a welcome development his’s pledge to run an inclusive government that would give all in the country a sense of belonging.

Samson Ayokunle, a Clergy man , who led the CAN delegation  to the Presidential villa, was said to have used the opportunity to call on the APC, which has majority in the National Assembly to ensure   that there is  ethnic and religious balance in the selection of  the leadership  of the ninth Assembly.

They may have been forced to speak out because of a recent  Statement credited to Adams Oshiomhole,  a former governor of Edo state and national Chairman of the APC, that the party elected Lawmakers should use their majority in the Senate and House of Representative s to their advantage by ensuring that the lawmakers from the main Opposition party, PDP, did not get any Committee Chairmanship, an indication of a party leader playing the spoiler’s role and further polarising the country.

Note that in his first term in office the and south were marginalised by the APC  government on the ground that they gave their overwhelming support to the Opposition PDP.  Recall, that he had made clear from the onset that he would not give the same number of political  appointees , he would give to states like Kano, Kaduna or Borno and Bauchi who voted for him  to  the south east or south-south states which never supported him or the APC.

He may to his words as all juicy political appointments either went to the , Northeast or Southwest geo-political regions.  Most of the people who were said to have been  given appointment in the south east and south-south in the government were later dropped. One of such people was  Walter Onnoghen, a former Chief Justice of Nigeria, CJN, who was replaced by Ibrahim Tanko Mohammed as acting CJN.   The government of Cross  River state may have taken up the matter with the Buhari Administration but that was how far it could

This time around.  the people of the two geopolitical regions may have that they are not expecting anything less from the APC government as they have reserved themselves to faith notwithstanding the assurance by the APC  to run an government. be expecting much from the APC, government. the southeast may have matters worse by voting out APC from the state and replace it with PDP. an APC may have h lost the election because of the arrogance of power displayed by Rochas  Okrocha, described in several quarters in Imo state as an Emperor.

Notwithstanding the pressures on him from different quarters in the north, to use his position to further marginalise states that  did not  vote for APC, in the last general elections,  he may have realised his mistakes  in the  last four years of his Administration , that he is prepared to make amend, not to be ranked  as sectional leader.

He had promised CAN met him recently at the ” country better than he had met it in 2015”., by consolidating on the gains made in the security, economy war against Corruption.   ”I will strive for peaceful coexistence of Nigerians.