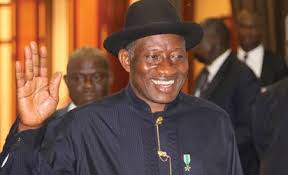 Barely two weeks after the conduct of the last Governorship election in Bayelsa, by the Independent National Electoral Commission, INEC,  under the Chairmanship of Mahmood Yakubu,  a Professor, the dust raised by the defeat of the  ruling People’s Democratic Party  , PDP, sponsored Diri Duoye, a Senator of Federal Republic of Nigeria and governorship Candidate of the party is yet to settle.

Diehard PDP  and Seriake  Dickson, the state governor  and the party leader loyalists had linked the defeat of the  ruling PDP   Candidate, Duoye,  to the lack mail of the former president by President Muhammadu Buhari  in order to drop the Economic and Financial Crimes Commission , EFCC, alleged Corrupt  Charges against Dame Patience Jonathan, the Wife, and who  incidentally was the former First Lagos to support to  David Lyon, the APC Candidate.

The accusation is gathering weight by the  day but  the former President, who is  an indigene of Otuoke Community , in Ogbia local government, one of the local government  Areas that was said to have  been lost woefully by the PDP  in the state. Many had  expected the Bayelsa state born politician to open  up and state his own side of the case  but  had  kept a closed lips. This may have given his critics  the room to insist   that he former President  sold the  state to the APC to get the Dame Jonathan , the former First Lady out of EFCC hooks.

Moreso, losing Ogbia, the former President’s local government to Party sources was suspicious  given the fact that  the former  words are law in the local government. There are indications that he may have sent out his foot soldiers in the state to work for the APC Candidate  to prove to Dickson,  that he could not   eat his cake and still have it back. But Dickson insists that the primary which produced the PDP Candidate was credible.

He  noted that  the endorsement  of Lyon,  the APC governor –elect by Jonathan,  the former President as  regrettable  and a ploy by  the APC  to strategically take over the state to prepare for 2023 to take  over the entire  south-south   geo-political region made up of Akwa Ibom, Cross river, Delta, Edo, Rivers state, Already Bayelsa , had fallen into the waiting hands of the APC, in the last governorship  election in the state.

Even Uche Secondus, Chairman of the National Chairman of the PDP was said to have  refused  to speak on the outcome of the Bayelsa election which many  believe  was ostensibly  to avoid stepping on powerful toes on the party and the APC government. The All Progressive Congress, PC, which the Bayelsa state  governorship election would not  take it  from any one that the Bayelsa born Nigerian former President played a role in  ensuring that the once  Opposition  party in the state  humiliate Dickson supported PDP Candidate.

Garba Shehu, senior Special Assistant to the President on Media and Publicity , may have spoken the mind of President   Buhari, when he disclosed that it is utter rubbish  for anyone to say that the former President was blackmailed  by Buhari to  throw his weight behind  David Lyon, the APC flag bearer. Garba, challenged PDPD  supporters in Bayelsa to look for better lies to tell.

He noted that if the former President had supported  the  APC  against his own party, the PDP ,  in the state,  there were more than enough reasons for him to do so without the interference of the Katsina state born Nigerian President.   He cited the frosty relationship between the former President and governor Dickson.

The Presidential spokesperson disclosed that the sour relation between the duo was enough reason former President and elder  Statesman  to work against the party,’’ if indeed he did’’.   He would want Nigerians to believe that  that the APC presented a better governorship Candidate  which has the  supports  of people across the parties to sink the PDP in the state.

This may have given the people of  the state, particular, the Ogbia and Nembe axis of the state  that  the former President was not in support of Duoye, the PDP governorship Candidate in the November 16, 2019, Bayelsa governorship  election believed to have been imposed on the party  Dickson.

Dickson who still feel  bad that he could not deliver a state he had governed  for almost eight years,  believes  the election was not yet over.

He has told those that cares to listen that the party will  challenge the  outcome of the election in Court , stressing that  the ruling PDP  in the state did not lose the governorship election  which was characterized by violence  and widespread  malpractices in several parts of the state.

Political watchers would want  Duoye and those pushing pushing to challenge the Bayelsa election in the Court of Law to for forget for now  as he will never win.  From Plateau, benue, Taraba, Adamawa  to Kano states  , the Court  had stamped the victory of  party Candidates that won the election in those states. The story  may not be  different in Bayelsa state,  despite the glaring eveidence of riggings in the election.

T Duoye, the PDP governorship Candidate had described the Bayelsa election as the ‘’invasion of the state by  ‘’security Forces’’.  The people  of tBayelsa were denied  the right to vote for the Candidate of their choice’’, Duoye had repeatedly said.