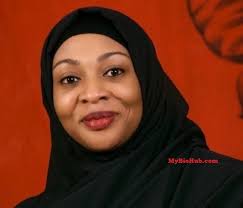 Dakuku Peterside , Director General, Nigerian Maritime Administration and Safety Agency, NIMASA, and other officials of the  agency who   had accompanied him to this year’s  Assembly of International Maritime Organisation, IMO, Council’s   meeting in London, were optimistic that the country would be  re-elected into  the Council Category  C seat this time around.

The optimism was informed by  the fact   Kitack Lim, the  IMO Secretary General  had  rated   the country  as  one of being the most  improved among the    maritime Compliant nations in the African Continent. Recall  that first major  attempt by  the country had made to be  re-elected into the Council Category   C, under the current peterside led NIMASA  management  was at its biennial meeting in 2017 but lost out to the East African country of Kenya. Blame the loss the loss of the election then  to his lack of  understanding to  the over 120  IMO Council members  politics.

The loss of the election  may  have  strengthened the resolve of the  Nigerian maritime regulatory Agency  to go back to the drawing board to prepare ahead of the 2019 Council meeting. Insiders told The Value News that that agency with the support of the Officials of the ministry of Transportation, particular, Gbemisola Saraki, the minister of state, who was said to have led the Nigeria  delegation  had made adequate arrangement for the election.

The Nigeria delation to the IMO  Council meeting  led by the minister of state transportation, according  to a list  made available to the Magazine  included  Peterside, whose agency, NIMASA, was the lead achor,  Hajia Hadizaaging Director, Nigerian Ports Authority, NPA, Danjuma Goje, former governor of Gombe state and  Chairman , Senate Committee on Transport, lyanda Ikpeazu, Chairman,  House of Representatives Committee  on Maritime Safety, Education and Administration.

Other members  of the high profile delegation I were Sabiu Zakari , Permanent Secretary, ministry of Transportation,  Duja Effedua, Director of Maritime Accademy , Oron, Akwa Ibom state  and Hassan bello, executive Secretary, Nigerian Shippers Council, NSC. But Petrside, the Nimasa , boss, was said to have  played a major role in the Campaign to ensure that  Nigeria wins the Council election.

Unknown to many,  Kenya,  which  defeated Nigeria in the 2017  election and now seeking  a re-election into the the Council Category seat , appears to  have taken advantage of  President Muhammadu Buhari closure of the land  Borders  with the neighbouring West African countries of Republic of Benin , Niger and the Central African country of Cameroon  , which had received wide  international  condemnations to penetrate their ranks  to turn against Nigeria.

Indeed, the response by  the Beninese delegation when approached by the Nigeria delegation led by  Saraki, the minister of State, Transportation  speaks volume. ‘’if you want our support , go and open your closed land Borders’’.  The Beninese Head of delegation may be acting out the script of  President Patrick Talon who has never hidden his hatred  over the closure of the Borders  in deeds and action, over the the last three months.

Talon may have known that  the Nigerian Border closure  with the neighbouring countries  would work against   Nigeria  making it to the  IMO Council Category C, and therefore , was ready to play the spoiler’s role, as Nigeria was not ready to play ball: reopen the closed land Borders.

The French speaking country was said to have teamed  up with  other  countries both within and the African Continent which are  opposed to Nigeria ,  to Campaign against the country.  It was not surprising why Nigeria lost narrowly  the election to Kenya.

Twenty countries  which were said to have special  interest  in maritime Transport   and Navigation which were said to have been re- elected into the group included  Bahamas, Belgium,  Chile, Cyprus, Denmark, Egypt, Indonesia, , Jamaica,  Kenya, Liberia, Malasia, Malta, Mexico, , Morocco,  Peru,  Philipines, Singapore, South Africa, Thailand and Turkey.

Peterside, the NIMASA helmsman, may have spoken his mind about Nigeria loss of the IMO Council Category C election in London, when he said ‘’Despite the fatherly role Nigeria  has played on the African Continent, some countries  still didn’t  like our rising profile and insisted on working against us’’.

An angry NIMASA boss had said, ‘’the loss of the IMO Council election was not  just about  putting  our House  in order ‘’, attributing  it to  a ‘’political game  and Conspiracy  at the highest  Diplomatic level’’.  T

Perhaps, what  may have touched  the NIMASA boss the most  was the fact  that the European country of Switzerland  also  teamed up with the  other African countries opposed to Nigeria to work against the country.  The European country  was said to have justified its decision to vote  against the African giant, Nigeria,  because  the seizure of their vessel  over the last two years by the Nigerian Navy .

Maritime watchers believe that  the aggrieved countries which had one problem or the other  with Nigeria may have  waited for the  Assembly of the IMO  Council biennial election  in London to pay Nigeria back in their own coin, particular: Benin, Cameron and Switzerland. They knew that Nigeria would certainly ask for their  support and votes  to be re-elected into the IMO Category C Seat  which it lost in 2017 to Kenya.  They had their way.

In spite of the loss of the IMO Category C  Council Seat to Kenya, the NIMASA  boss  had told the Shipping World in an interview that,  ‘’it would not take away  the fact that  Nigeria  remains a big maritime player in the African Continent  with the second highest  tonnage’’.

An insiders  informed the Magazine  that there was  more to the Nigeria loss of the IMO Category C seat to Kenya.  The source insists that a lot of work  still needed to be  done by the nation’s maritime sector in order to be able to face  the Challenges ahead.   Peterside may have agreed to this in the interview with the Shipping World, ‘’there was  still   much work that needed to done  in the country’s maritime sector to put it back on a sound footing in order  to stand future IMO elections.

Saraki, the minister of State , Transportation, who was said to have led the Nigerian Delegation  to the IMO Council meeting  said that much: the Campaign  for the 2021  bid had begun’’. The minister  who could not hide her feelings  has made it  clear to Peterside, Hajia Usman  and maritime  stakeholders,   that they  must work harder to ensure that  the country gets  a seat  on the International  maritime   table.

As a prelude to ensuring that the country wins the 2021 IMO Council Category C , election, She was  said to have initiated  first step to appraise the factors that led to the loss of the  election  and make amends.  ‘’We are  going back all the countries that voted  to  ask them  that they did  not  think  we have  done well or why they did not vote us’’, she firther said.

She noted that there was no basis for Nigeria to have lost the election to Kenya  because  the ‘’country has performed remarkably well  in reforming its maritime  sector  to meet  the United Nations  Sustainable Development Goals , SDGs . She cited some of the milestones  that had been achieved over the last four years  in maritime  and safety, gender equality  and environment responsibility.

Notwithstanding that, Nigeria had  lost  to Kenya in the IMO  Category C, election,   Peterside  believes that the country was  not humiliated as it had lost the election   by only one vote compared to the last biennial election in which it lost by 12 votes to Kenya, an indication that  the gap is narrowing.  It was not surprising why he saw Nigeria performance at the  election as a great improvement.

In apparent reaction to the Nigeria loss of the IMO election, Isichei Osamgbi, a Deputy Director, and the NIMASA , Spokesperson  disclosed that  Nigeria was not the only loser but the entire West African sub-region as it had lost its only seat in the Council.

At present , the 10 countries  with the largest International Shipping   services that make up the IMO Council, Category A, Seat include China, Greece, Italy, Japan, Norway, Panama, Republic of Korea, Russia Federation,  United Kingdom, UK,  and theUnited States US, while the  10 others on Category  B , which are hoping to make it to Category A, included  Australia,  Brazil,  Canada,  France, Germany,  India,  Netherlands, Spain, Sweden and United Arab Emirates, UAE.