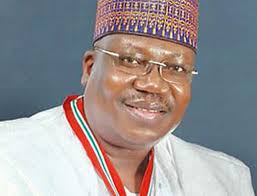 Until Tuesday, July 23, 2019, nobody had  expected  that the  43 ministerial  nominees of President Muhammadu Buhari, presented to the Ahmed Lawan  All Progressive Congress, APC, controlled Senate would be chips of  the old block.

This is because the Katsina state born Nigerian President has created  the impression that he would only appoint people  he knows personally  into the new Cabinet.  He  alluded to the fact that he could not deliver on his electioneering Campaign promises  in his first term in office because he did not know most of the ministers as they were imposed on him by the party National Executive Council, NEC, and some powerful members of the party.

This may have informed the reason why  the President turned his back  on the party NEC directives  that all former governors   who contested on the platform of the party but  lost their re-election bid should be Compensated with the ministerial  slot of their respective states. Going by the directive, Akinwumi Ambode, a former governor of Lagos state , who was denied a second term in office by Ahmed Bola Tinubu , a former governor of Lagos and the godfather of APC  members in the state could have clinched the ministerial slot of the state , Mohammed .A. Abubakar, Bauchi and Jibrilla, that of  the ministerial  slot of  that of Adamawa state.

The fallout was that Ambode lost out  to Raji Babatunde Fashola, a former governor of the state and who was incidentally Buhari’s minister  of Power, Housing and Works, in his first term in office. The situation was the same  for the ministerial slot of Bauch state as  Adamu Admu, a long time close associate of the President was recalled despite his below the average in his first term, thus blocking the  way for Abubakar , a former governor of the state to make list.  Bindo had been favoured by the party leadership  to fill the Adamawa slot but the President retained Bello Musa, a former minister from the state, who had worked with him in his first term  in office.

The President may have had his way in selecting the ministerial nominees of his choice, thus, sending a signal o Adams Oshiomhole, a former governor of Edo state and the party National Chairman, that the era of imposing political appointees on him is over.

Many had expected  that with the two months of \ delay before the presentation of the ministerial nominees  list to the Senate , he would keep to his promise of introducing more  fresh hands  into the  government, particular , women and Youths. He had promised  to give 35 percent  of the ministerial appointments to the women alone.

The Katsina state born Nigerian President may have disappointed Nigerians when he finally unveiled  the  43 ministerial nominees, comprising of 36 men and seven women,  who were found  to be  chip of the old block, an indication that there would not be much  difference  in the execution in of the  government policies  as witnessed in last four years.  Note that the returnee  ministers  , former governors and Lawmakers who  made the list  are those who were’’ known him personally’’.  He may have have had a soft spot for  Ambode, the immediate past governor of Lagos state to work with him in his new government, notwithstanding the  party directive,  but his conscience would not allow him to drop Fashola  which  had remain loyal to him since 2015 and found to be trust worthy.

Political watchers had expected  Lawan, the Senate  President  to mobilise his Colleagues to  properly drill the returnee ministers  as  Nigerians believe that most of them  had performed below expectation in their first term. The Senate  President had raised people’s  hope that the  ministerial nominees would never  be rubber stamped as alleged  in several quarters.

But the Senate  has proved Nigerians right going by the way he has so far handled  the  ministerial nominees  screened and approved.The President had presented the ministerial list to the red Chamber on Tuesday, July 23, 2019, while  the Lawmakers on their part  started the screening exercise on Wednesday, July 24, 2019, without carrying out a detailed investigation on the nominees to avoid a repeat of what happened  in Buhari first term in office where most of the ministers failed in their duties. Recall that the Senate President had given the President , Friday, July 26, 2019, as deadline for submission of the ministerial list to the Senate as they had concluded arrangement to proceed on their annual two months recess.

The president may have rushed to beat the deadline to avoid having a frosty relationship with the new Senate leadership  by submitting the ministerial  list to them  ahead of the time given to him to do so. The screening of Godswell Akbabio, a  former governor of Akwa Ibom and Senate minority leader may have gone on smoothly but the turn of Rotimi Amaechi, a former governor of Rivers state and  returnee minister of Transportation  was  almost getting a K-leg. Lawan, had asked  Enyinnay a Abaribe, People’s Democratic Party, minority leader if he had any question for the former minister , now standing  before the Hallowed Chamber for  Consideration and approval  to serve in the new government as minister. Abribe had sought to find out if the ministerial nominee from Rivers state has the backing of the Rivers Cacus in the Senate., an indication that the Rivers state elected Senators on the platform of the PDP may have whispered to his ear that he does not enjoy overwhelming support of the people of the state to occupy the ministerial slot of the state.

Amaechi,  who  presented an intimidating Curriculum Vitae, CV, to Senate had expected  the he would asked to take a bow and go as a former Speaker of Rivers state House of Assembly. He was said to have to have been told that the Senate does not recognise the position of the House Assembly Speaker and therefore must be made made to go through the screening exercise.  Lawan may have  taken advantage of the APC majority in the Chamber to overrule all sideline talks on the matter  insisting that the privilege enjoyed by   all former Lawmakers  on the ministerial list to take a bow and go  must be extended to the former minister of Transportation.  It was put to vote and the APC Senators carried the day, thus giving the former   returnee minister a breather to take a bow and go. Indeed,he intervention of the Senate President  may have saved  Amaechi, the embarrassment  which the PDP rivers Caucus in the Senate were ready to give him for daring Nyesom Wike, the state governor.

The PDP Senators going by their conduct  on the floor of the  read  chamber  appear to have prepared their mind to play the spoiler’s role during the screening of the ministerial nominees.  Take for instance the direct question posed to Festus Keyamo, a Senior Advocate of Nigeria, SAN  and ministerial nominee from Delta state to recite the ‘’National Anthem’’. But Lawan, the Senate  President who would not allow  of the President’s ministerial nominees to be embarrassed by the opposition PDP Senators  was said to have  intervened, urging the legal practioner to ‘’ignore the recitation of  National Anthem as demanded by the PDP, Senator from Kogi state.  As at Friday, July 26, 2019, the Senators had  screened  and approved 31 ministers, out of the 43 names presented to the Chamber  by the President for  approval. The  Top on the list of the approved ministerial nominess wer Godswell Akbabio,  George Akume, a former Governor of Benue state, Niyi Adebayo, a one- time governor of Ekiti state, Festus Keyamo, Image Maker, Buhari Campaign Organisation,   and Olalilekan Adegbite, who clinched Ogun state ministerial slot.

Other ministerial nominees who had be cleared as at Thursday, July 25, 2019 include Rotimi Amaechi,  Ogbonnay Onu,Seri Hadi, Adamu Adamu , Sharon Ikeazor , Ikechukwu  Ogah, Emeka Nwajiuba, Oloruimbe   Mamora  among others. It is expected that the remaining   12 ministerial nominees  would be screened and approved between Monday and Wednesday  next week. The   Senators may have rushed the screening  and approval of the ministers to win the heart of the President to reciprocate the same gesture to them whenever they  put  up any  demand  that could help in do their legislative work for the country.

According to  sources, President   Buhari is very happy at the speed at which the Senators have handled the ministerial screening  exercise under the closewatch of Lawan, the Senate President.  This is a marked from the President’s first term when he had worked without ministers for about  six months, forcing Nigerians to cry out.