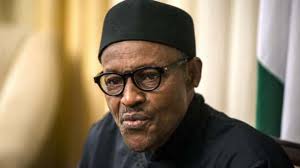 After ten days of undisclosed reasons of travelling to the United Kingdom, UK,  President Mugammadu Buhari, returned to the country  amidst tight security at the Nnamdi Azikiwe International Airport, Abuja, on Sunday , May 5, 2019 to  face the deteriorating security challenges of the country.

The  Opposition People’s Democratic Party, PDP,  had the trip by asking him to return back to the of of the in the north western state of had gradually spread to  Niger, Nasarawa, Katsina, state.  The abduction of Musa Umar Daura, Magajin Garin of Daura, his home by unidentified gun men may the PDP, the to draw the attention of Nigerians to the  Buhari led ruling  All Progressive Congress, APC, lost control of the country to bandits. The kidnapped Monarch is the next to  Farouk Umar Daura, the Emir of Daura, who incidentally is his brother.

Unknown to the PDP and other  critics, the President while away from the country  was in constant touch  with Yemi Osibanjo, the Vice President, the  Service Chiefs  and the Heads of other security Agencies including Abubakar Adamu,  acting Inspector General of Police, who were giving him daily reports on the security situation of the country and steps been  taken to curb the excesses of the Bandits.

This may have given the  president the confidence  to believe that the security agencies are doing their work, as it ought to be  done.  Many believe that  even if he was in the country between April 25, 2019 and May 5, 2019, there was no much he could do as he would not go to  the war front with the fighting troops as their Commander In-Chief.

Until he travelled  to UK, Prime minister Theresa May’s home country , he was  said to have held closed door meeting with the Service Chiefs where he empowered them to go all out after the Bandits and crush them. The pressure on the Bandits   may have been much  that they cashed  in on the relaxed  security situation in Katsina state to strike at Daura, by kidnapping    the Daura Monarch . Note that  the abducted  Magajin Garin, was a retired Comptroller of the Nigerian Customs Services,  who  had headed the  Service Federal Operations Unit, FOU, Zone A, Ikeja, where he  gave smugglers sleepless night. The bandits may have struck in Daura , to further embarrass  the President and indeed, Nigerians.

Security sources  informed The Value News that the kidnapers of the Daura District Head, have  refused to   make calls to make their demands  in exchange for the relese  of the Monarch for fear that they might be trailed. Thek idnapping  of  the   Daura Monarch , may  have informed the reason why the  Heads  the various security agencies have vowed  that they would no longer sit by and watch the Bandits  make the  country ungovernable as  Abubakar Sadiq, an Air Marshal and Chief of Air Staff has  mobilised his men into action to prove a point that Bandits have no lever to confront the military in the battle front.

Indeed, the step taken by  Sadiq, the Air Force Chief, to restore peace along the Abuja -Kaduna road which had been a nightmare to travellers over the last couple of months speaks volume.  Recall  some prominent  individuals have  been kidnapped and others killed  by  Bandits . Last April along the road.  There was a recent  report  that 30 people were killed by the  Bandits along the road which was, however, denied by the Kaduna state government. There was also  reports that 37 people were kidnapped by the Bandits along the road and last April  many several  other cases of kidnapping  in the area.

The President may have laid the foundation for the restoration of peace along the notorious Abuja-Kaduna road, by giving approval  for the establishment  of the 271 Air Force detachment in Birnin Gwari local government Area of  Kauna state to be able to carry out their reconnaissance around the area to forestall the activities of the Bandits in the state.

Note that the President may have given the order to  the Military High Command to do so before embarking on his private trip to UK. Note that Air Force personnel  on the special duty have been alive to their duties. Their continuous  bombing of the area to smoke out the Bandits in their hideouts appears to have been felt in all nooks and crannies of the state that Nasir El-Rufai, the state governor has cried out, urging Sadiq, the Air Force Chief to end the attack on the Abuja-Kaduna Highway to give a breather to the people who  live in fear.

In the alernative, he   was said to have  pleaded with  the Air Force Chief, to approve   the deployment  of  the Ai Force Special Forces to  join the Army , Police Puff Adder, launched recently, by Adamu, acting , IGP,  and other security agencies ,   to help in policing the road .

El-Rufai, also wants the Air Force Chieftain to   consider participating  in the new joint  security operations in the area as well as establish  another  Air Force detachment  in the Kajuru area, where a Briton , a Nigerian  were killed  and three others kidnapped by unidentified  gunmen  recently .

Appealing to Sadiq, to deploy  more of  its personnel  on the Abuja-Kaduna road  and in Kajuru local government Area, the governor disclosed   that  it is only way  to curtail the  menace of kidnapping activities by the Bandits and other security challenges in the area.

The impact of the  Air Force attacks in the  Birnin Gwari area   in the last  few  days of operations  may have convinced  the Kaduna state governor   that  the Air Force alone is capable  of ridding  the nation of  the  criminal elements  in collaboration with Tukur Baratai,  a Lt. General and Chief of Army Staff, ground troops and Adamu’s Puff Adder  team.

Sadiq, the AirForce Chief may not have caved in to the demands of  the Kaduna state governor to order his officers to stop the bombing along the Abuja-Kaduna road road  but  was said to have told  him  that  the establishment of the Air Force Forward Base in Birnin Gwari , was in  line  with the military’s mandate  to protect the territorial integrity  of the nation  as well as providing internal security  of lives and property of the citizens. This is may have dampened the enthusiasm  of El-Rufai  to further push for an end to the Air Force bombing of the  Abuja-Kaduna road axis by the Air Force .

He has one option to take up the matter with the President who  has just returned to the country from UK back to continue from where stopped  in proffering solution to the security challenges of the country.

The Army may have taken advantage of the President’s return   to  the country on  Sunday, May 5, 2019, to  ban the use of motorcycles  in the forest areas of the seven north-western states  of Zamfara, Sokoto, Kebbi, Kaduna, Katsina, Kano and Jigawa.

Sargir Musa, an Army Colonel and acting  Director  of Army Public Relations while giving out the reason for the ban  noted that the armed bandits,  criminals and kidnappers   hibernate all around where troops are conducting  operations  alongside other security agencies. This is  an indication  that the motor-cycle operators  may have been acting as  informants to  the bandits in their hideout , thus prolonging the banditry in the region.

it is not surprising why  the Army Colonel  has made it clear that   ”anyone  caught using motorcycles within the armed areas  will be taken  for an armed bandit, criminal and kidnapper  with dire consequences”. He is optimistic   the military directive   will ”stop  the dastardly  activities  of the bandits   from operating  across  the states in the north west geo-political region”.

This is bad  news for motorcycle operators in the region who may  have  been good  money from the bandits by allegedly give out information  about the  Army to them to prepare  in advance to confront them  or find an easy escape route if in danger.

Security experts believe that the  end of the end of the road have come for the bandits in the country with the  ban on the use of motorcycles within  forest areas of the seven  north western states.