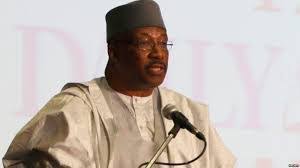 The last may not have been heard over the allegations made by Sani Zaro,  a member of House of Representatives of  the Federal Republic of Nigeria,  representing  Gumel, Gagaraw , Maigateri and Sule Abubakar, Federal Constituency,  Jigawa state,   that Chinese prisoners  were imported  to work  in Chinese companies   operating in Nigeria as expatriate workers amidst teeming unemployment in Nigeria.

He noted that the Chinese Prisoners , turned expatriate workers   have also taken-over the most of the arable farm lands in the north, citing his Constituency in Jigawa state, where Chinese Companies and their imported expatriate prisoner workers have taken over their farm land with the alleged approval of  the state governor.

According to him, about 20,000 hectares of land  were unlawfully acquired  by the Chinese farmers  without compensation to the owners.  He lamented that the story is the same in other northern states where the governors were also Collaborators.

The case  of  Chinese Civil Engineering  and Construction , CCEC, building  a road in an undisclosed African  country speaks volume.  There are insinuations that every year , thousands  of these Chinese prison expatriate workers  are sent to Africa and other third world countries  to work in Chinese construction Companies  in these African countries  to build roads  and work on other Construction projects  to reduce cost of labour.

The question on the lips of most people was : how  were these  prisoners  conveyed into the country with the tight security mounted at the Airports, seaports and land Border Areas by the security Agencies , particular, the Nigerian Customs Service, NCS, and NIS , personnel?.  But Zoro  had made Nigerians to believe  that the Immigration officials were Collaborators in the matter.

James Sunday,  a Deputy Comptroller of Immigration reportedly   said  the  claims remained an ”unfounded allegation”. He insists that the statutory reponsibility  of the NIS,   on the movement of  of immigrants into the country  had never been compromised. The  House member allegation may have thrown a big challenge to Abdulrahman Dambazau, a retired . Lt. General and former Chief of Army Staff and minister of Interior to get the root of the matter.

. Dambazau was said to have given a matching order to Mohammad Babadende, Comptroller General, NIS, to his officers to investigate the allegations and report back to him.  The who may not have believed , which was designed to heat up the polity by the Controversial Zoro, may have chosen to fish out the suspected  Chinese in act.

Many believe that if the allegations were found to be true, there is no way the Chinese government officials would not have been  in the picture of the arrangement as part of  efforts to  decongest their prisons and therefore the need for President Muhammadu Buhari to take up the matter with Li Keqiang, the country’s Premier to resolve matter. Until then, the Nigeria government must find a way of deporting the  alleged Chinese Prisoner expatriate workers  back to the country and the companies found quilt of the act must also be sanctioned as a deterent to others.

More importantly.  the government should  ban without further delay  the use of prison labour  before  giving the green light  to any Chinese investor coming into the country to  establish a textile, plastic industry or .  engage in Construction  and Civil Engineering  works.  . News making the round was  that  even the CCECC, $8.3 billion  Lagos -Kano railway modernization contract   was being executed by the Company with the use of prison labour.

The Chinese government may have deceived  the Nigerian government not to think  along that line that prison labour fro the country would be used for the execution  of the project  because of the assurance  of giving the country $9 billion aid to finance the project, as they have factored in the cost of taking the care of the prison expatriate workers throughout the duration of the contract, an indication that the maintenance  of the Chinese expatriate workers was at no cost to the Nigerian government.

Investigation by The Value News shows that that there was no aid that had been offered to the country since the Chinese company  was given the contract for execution of the project  rather a preferential  export credit  of $500 million was extended to the country to the project, fueling speculation that   government  had shifted the responsibility back to Nigeria.