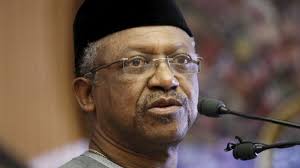 When officials of the  Civil Engineering and Construction Company, CECC, arranged  with the  Authorities to send a 15-man Medical experts to Nigeria, to support  the government in the  fight against  the Wuhan town in Hebei Province of  the Asian country of China, emerged  Coronavirus  pandemic, popular, COVID they were applauded in several quarters.

The Team arrived  the  country on April 8, 2020, with one million Face Masks and other Medical  equipment which  were presented to the government  to  Combat the  spread of the pandemic in the country.Barely, one month of  being in the  country, the impact of the  15-man Chinese  man Medical Team believed to be experts  in infectious disease,  respiratory disease, intensive healthcare, cardiology, neurology, general surgery and anesthesiology  appear  not to have  had been felt.

Contrary to assurance by  Osagie  Ehanire, the minister of Health that no member of the team, Comprising  of Doctors and Technicians, will   leave the Isolation  center provided for them by the CECC, without being accompanied by an official  of the Nigerian Center for Disease Control, NCDC,  or  security agencies personnel.

The minister may  have shocked Nigerians recently, when he triggered off  a controversy  that  the whereabouts of the Chinese Medical personnel are unknown, which calls to question the activities of the CECC, officials in Nigeria.

Security watchers believe that it is wrong  for the minister to have said that they don’t know the whereabouts of the Doctors or to inform Nigerians that they had   found out that some members of the Team  were technicians and Staff of the CECC. Recall that on the Team  arrival  at  the NNamdi Azikiwe International Airport, Abuja, on April 8, 2020, the minister had said that  among the  15- man Chinese Medical Team were Technicians.

It was therefore, very  surprising that  he could come out now to tell Nigerians that the  government had found out that not all of them were  Medical Doctors. Perhaps, what should interest Nigerians, was his revelations that ‘’there are  many  interests about the Chinese Medical experts and Technicians currently in the country’’. The  minister  was emphatic,  ‘’there seems to be a lot of interests in these Chinese Doctors and I think they are on the CECC VISA’’.

There is no gain saying the fact  that the  Chinese  firm  are handling several multi-million dollar projects  including the dual gauge Rail line under the close watch of Rotimi Amaechi, minister of Transportation which are supported by the Chinese government.

Indeed,Ehanire  may have  saved  Nigerians  lot of trouble if he had  opened  up why the Doctors and Technicians are still in the country. The Technicians may have had the backing of Amechi , the minister of Transportation to still be in the country  because of the uncompleted Rail line project.

Although, the minister  had said that the country had been able to learn a lot of things from  the Chinese Medical Team through regular interactions  on how their country were able to  Contain  the  disease  to  help in  tackling the disease in the country but Rauf Aregbesola, a former governor of Osun state and now minister of Interior, may have added to the Controversy about the Chinese Medical experts whereabouts  when he revealed their mission  and activities  so far carried out between April 8,

Aregbesola, who Corroborated Ehanire, the minister of Health’s views on the 15 man-Chinese Medical Team,  disclosed that ’’ they are on the bill of the CECC  to assist  in building and equipping Isolation Centers’’ .  Giving an insider information, the minister Confirmed that they are doing some  works  in the country in Conjunction with some Nigerian Companies , noting that  ‘’they have agreed to support the government  in its efforts  to respond to the Coronavirus pandemic’’, an indication  that it was not part of agenda.

He cited some of the projects which the Chinese  Medical experts , turned technicians , had been  involved in the country  like the building and equipping of the Idu Isolation   center at Abuja, the Federal Capital Territory, FCT and the Dome project   handled by the oil Conlomerate, the Nigerian National Petroleum Corporation, NNPC in Conjunction with This  Day.

The Osun state born Politician and Ahmed Bola Tinubu,  a former Lagos state governor  and All Progressive Congress, APC, National leader, political ally, maintained  that they had participated in  iretrofitting   the Iju Isolation center at the FCT, and helped in installing  the critical  essential  Medical  equipment  in the facility’’.

T  30-day  VISA  issued to the Team members  at  Beijing, the country’s Capital,  by the Nigerian Embassy, may have expired, meaning that they ought  to have returned back to their country  more than two weeks ago ago.  Aregbesola, the minister of Interior, disclosed that this may not have been possible because ‘’ there is a restriction  on  International Flights  occasioned by the COVID 19 pandemic’’.

The questions on the lips of most people was: why didn’t Ehanire, the minister of Health  disclose such vital  information to Nigerians, but  paving the way for Aregbesola, his Counterpart in the ministry of Interior   to volunteer the information on the activities of the Chinese Medical Team or Technicians  in the country and why they had remained  in the country  despite the expiration of their  VISA.

In a related development, the House of  Representatives had stepped into the matter and subsequently, demanded  for a full details of the activities   and whereabouts  of the 15 –MAN Chinese Medical experts .They are  not happy with the  minister’s claim  that’’ the  Chinese  Doctors  are not guest of the government  but that  of the  CECC, which invited them into the country’’.

In spite of the fact that the Chinese 15-man Medical Team are not really helping the government  in tackling the COVID 19,  pandemic, in the country, Sun Saixiong, the Chinese Embassy  spokesperson in Nigeria,  may have worsened  matters when he said  on Sunday, May 17, 2020,  that’’ the country’s Medical personnel  are still in the country  because they are working with  the country’s health agencies  to save lives’’.

His claims appear worrisome as the number of infected COVID 1 9 patients  had  been on the increase since the 15-man Chinese Medical Team arrived  the  country on May 8, 2020.  A report obtained from NCDC, showed  that  the number of confirmed COVID 19  Cases   in Nigeria as   at April 8, 2020, when the Chinese  medical experts arrived the country were  276. Between the April 8, 2020  and now, the number of COVID 19, infected patients  had  continued  to be on the  increase on a daily basis  instead of declining as obtained in other parts of the world.

,  At present,  the NCDC, report, shows that  the  total number of infected COVID 19 patients  in the country  had risen   to 6,401. This is  an indication  that over the last  one month that  the Chinese Medical Team personnel  had been in the country,   the disease  had become worse.’’

This is where buhari, the Katsina state born Nigerian President,  Ehanire, the minister of Health, Chikwe Ihekweazu, Director General , NCDC and Boss Mustapha, Chairman, Presidential  Task Force, PTF, on COVID 19, and Amaechi, the minister of Transportation may have to tell Nigerians  why the country  was still  very much  attached  to China if there are no pecuniary interests.

This is because the spread of Coronavirus Pandemic in the country has become very worrisome in the past one month.