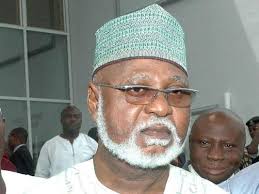 The two major gladiators in the 2019 Presidential election, Atiku Abubakar, of the People’s Democratic Party, PDP, and Muhammadu Buhari, of the All Congress, APC,  appear set to go through the Court process over the 2019 presidential election. This is may have prepared the mind of Ibrahim Tanko Mohammed,  acting Chief Justice of Nigeria, CJN, to appoint the three apex Court Justices that may sit on the panel to decide on the election: whether to order for a rerun in some of those areas been contested by the PDP  Candidate or confirm the verdict of the Independent National Electoral Commission, INEC,  that Buhari of the APC, was duly elected as the President of Nigeria.

The argument in many circles was that the Katsina born Nigerian President may have known that the Presidential election may drag on to the Supreme Court and thus, may have wanted Charles Onnoghen, the suspended CJN, from Cross river state, south-south geo-political region to have anything to with the setting up of the panel to handle the Petition arising from the Presidential election.

Many had expected the National Judicial Council, NJC, which stepped into the matter to resolve the issue of who becomes the CJN to have settled the issue before the Presidential election and National Assembly election on Saturday, February 23, 2019. there are fears that even if he wins at the case at the Supreme court, Atiku of the PDP may still raise an alarm which may further polarise the country.

The confidence Adams Oshiomhole, a former governor of Edo state and national Chairman of the APC s  national Chairman when responding to Atiku’s  emotional outburst of heading to Court to Challenge the outcome of the Presidential election result speaks: we will meet in Court.

Oshiomhole noted that the party leadership have no reason to worry about Atiku’s decision to Challenge the  victory of Buhari in Court because from day 1, he had made up his mind  that unless he wins, the ”election is not free and fair and it is only free and fair  if he is returned as the Candidate”.

An elated APC National Chairman  had boasted ”we hope and we are looking  forward  to meeting Alhaji Atiku Abubakar in Court, if I might dare him, we might also  choose cross petition”. Note that the PDP Candidate had said that the Saturday Presidential election was the worst in the last 30 years, over alleged rigging by the APC , using state machinery.  He had alluded that  many foreign investors  would pull out  of Nigeria following his alleged loss in the election.  Atiku may have had such believe because the dollar which crashed on Tuesday, February 26, 2019, with the Independent National Electoral Commission, INEC, announcement of the election results in the foreign exchange market and bounced back on 12 noon same day,

In apparent reaction to Atiku’s claim, that many foreign investors would pull out of the country because he lost the election, the APC, national Chairman disagreed with him, stressing that what the country is in need of are ”genuine investors who have faith in the country and who’s longtime interest in our country” to invest in real production and labour intensive industry.

He dared Atiku, the PDP , Candidate when he said , the country does not need investors  who will ”play  on our financial system  and foreign exchange regime  to make money without business address”.  He believes that these are the kind of businessmen  that the PDP Candidate may be talking about, warning that that  the government  would no longer ”open the skies for the them to fly back  and they would never return”. He maintained that  genuine investors  who have businesses in Nigeria  and genuine business address  and who know the huge market potentials  should take advantage of it to invest in the country.

In spite of plan by the APC to square up with Atiku, the PDP Candidate in the election tribunal and Court, Abdulsalami Abubakar, a retired Army Generals and former Head, Hassan  Kukukah. a priest and other members of the National Peace Committee may have  intervened to save the country from  Constitutional crisis following the PDP Candidate’s decision to head to Court to challenge Buhari, the APC , Candidate victory in the Presidential election.  The National Peace Committee members were said to have pleaded with Atiku  and Peter Obi, a former Anambra state governor and the PDP Vice Presidential Candidate to Concede victory to Buhari in the  Saturday, February 23, Presidential election.

they may have been disappointed when Atiku, the Turakin of Adamawa and the PDP Presidential Candidate insists on heading to Court  to Challenge Buhari victory in the election. The PDP Candidate’s anger was that his supporters in his stronghold areas across the country were intimidated by security operatives working for the APC Candidate and inflation of votes for the APC Candidate in some states, particular north east and north west geo-political region.

Atiku was said to have made it clear to Abubakar and his team that there was no going back on the Court issue as the party was in possession of ” documentary evidence to show that the election was characterised by irregularities that were too weighty to ignore”.

Perhaps to avoid a repeat of what happened during the Presidential election,  Atiku and other PDP leaders at the meeting were said to have demanded  that the military should not be deployed  to police the March 9, 2019, governorship and state House of Assembly election and subsequent elections in the country. An aggrieved Atiku and the PDP team were said to have also demanded that the Independent National Electoral Commission, INEC, should open  back-end servers to all participating parties. Another condition given BY the PDP to concede victory to Buhari  was the release of Buba Galadima, Atiku’s political ally by masked security operatives and other Chieftains of the party detained across the country . This is in addition to the  to the unfreezing of the accounts of Obi, the PDP Vice Presidential Candidate and others whose accounts were blocked by the government as a way of clamping down on the opposition. They were said to have met with Yemi Osinbajo, the  Vice President on the election to calm the situation..

Party sources told The Value News that even if Atiku, ordinarily would have conceded victory to Buhari in the 2019 election as a , he may find it hard to do because of the arrogance of Adams Oshiomhole, a former labour leader and the APC  national Chairman inciting comments. They believe that the former Edo state governor who ought to be suing for peace to calm the situation has aggravated it by stating that they would meet in Court to argue out their case.

Many had expected Buhari to speak out the burning election issue but he had maintained a sealed lip, watching his party, the APC and the PDP, trade words over the election. A party source told The Value that he had kept a sealed lip because what he would do is bottled up in his mind. He fears that the Buhari may not acede to most of the demands of the PDP, for peace to reign as had already given him the Certificate of return for winning the 2019 Presidential Election.