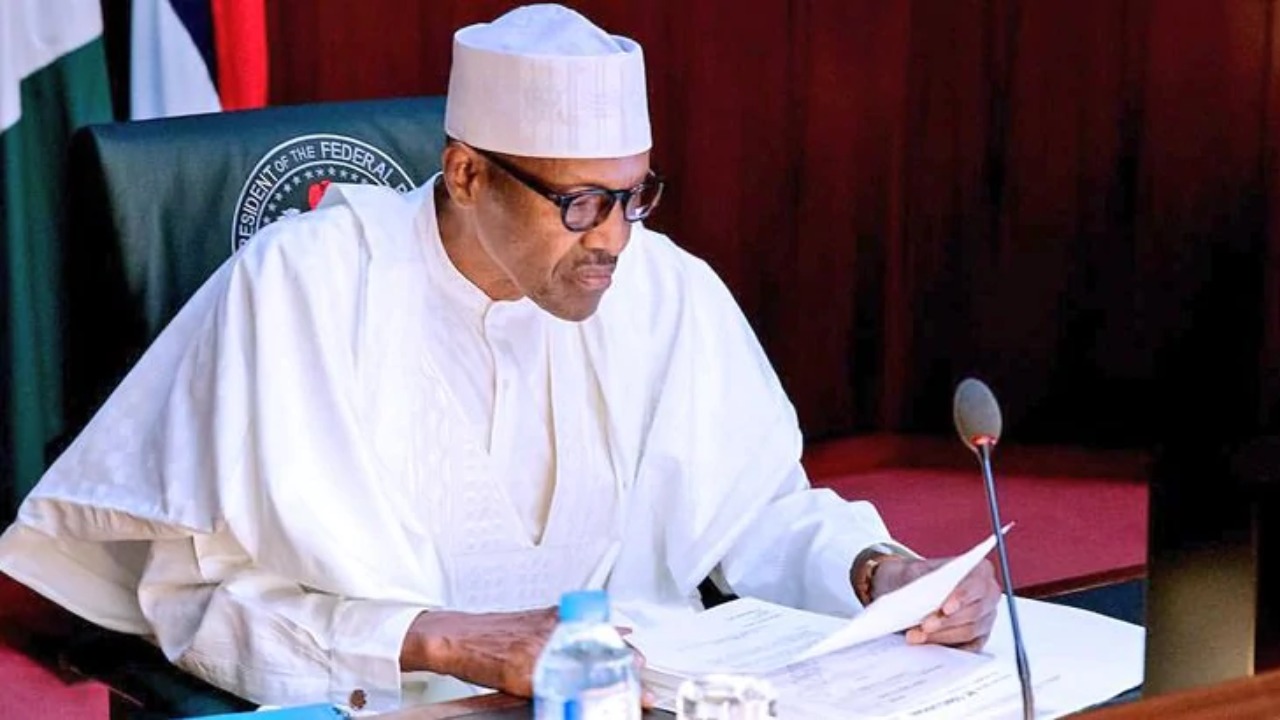 Those who think  that President Muhammadu Buhari of the ruling All Progressive Congress, would bow to the demands of the Atiku Abubakar , a former Vice President and Presidential Candidate  of the People’s democratic Party, PDP, before conceding victory to him may have to do a rethink.  This is because Buhari is not ready to cave in .

Abdulsalami Abubakar, retired Army General and former Head of State who incidentally is the Chairman of the National Peace Committee, , NPC,  and other members of the Committee  including Hassan Kukah, a Priest, were said to have met Buhari at the Presidential villa, on Friday, March 1, 2019, where they held a closed door meeting  in search of peace  over the outcome of the Saturday, February 23. 2019, Presidential election.

Abubakar , who led the team was said to have presented the grievances  of the PDP Presidential Candidate to the Katsina state born Nigeria President which include the  deployment of military personnel to polling centres which should not be repeated in the forthcoming governorship and states Assembly election  and subsequent elections in the country. The argument of Atiku was that it was not part of their mandate to do so, releasing of party Chieftains detained across the country including Buba Galadima, Atiku’s Political all and unfreezing party members account closed including that of Peter Obi, a former governor of Anambra state and the PDP Vice Presidential Candidate.  The former Head of state  may have disabused people’s mind when he alluded that the PDP Candidate   never gave any condition that must be fulfilled by Buhari before he would concede victory to him as being speculated in certain quarters.

The retired Army General may have been economical with the use of words when he said Buhari had taken note  of what they had told him regarding to the grievances of the PDP  Candidate. He may have considered the grievances and the demands of the PDP Presidential Candidate laughable as he had described  his decision to approach  the Courts  as the ”best and the right thing to do” instead of resorting to violence.

”I am glad that Atiku, the PDP is going to asking Nigerians to maintain peace”, he had remarked. Adams Oshiomhole, a former governor of Edo state and national APC, may have spoken his mind when dared Atiku”we will meet in Court”.  Note that Oshiomhole had made matter worse by describing Atiku as a ”bad loser who wants to rule Nigeria at all cost”.  There are those who believe that even if the election was and a rerun was ordered, Buhari would still beat Atiku to it because of his unpopularity in the north.

The aggrieved PDP Candidate had accused the ruling APC  of ”manipulating  the outcome of the election  ,through suppression  of the party’s votes , intimidation, rigging and other electoral malpractices”.  The APC leadership, according to sources,  have every reason to dare Atiku and his PDP Sponsors to go to Court on the ground that the allegations were baseless.

Simultaneously,  the APC, leadership are not happy at their loss of much ground in Imo, Ogun and Ondo states regarded as their strongholds which affected the party fortunes. The  poor performance in these may have informed the reason why the party leadership decided to vent their anger on Rochas Okrocha  and Ibikunle Amosun, governors of Imo and Ogun states respectively. It went a step further to query Roimi Akeredolu , a Senior Advocate of Nigeria, SAN, and governor of Ondo state and Osita Nwachukwu, Director General , Voice of Nigeria, over alleged anti-party activities.

The duo, Okrocha and Amosun, were said to have been suspended over alleged anti-party activities. The National Working Committee , NWC, of the party which investigated the  three governors and Nwachukwu, the only political appointee on the list, Lanre  Issa-Onilu, the National Publicity Secretary had said  also recommended the expulsion of Okrocha , the Imo state governor and Amosun , his counterpart in Ogun state.

Party sources told The Value News that the decision was taken at a meeting of the Committee presided over by Adams Oshiomhole, the National Chairman. Oshiomhole, has been looking for an opportunity to deal with the duo since they turned themselves as outlaws in the party.  It was learnt that Buhari had thrown his weight behind the decision of the NWC, to suspend the two G from the party and query Akeredolu, governor of Ondo state and the Director General, VON as a way of maintaining internal party discipline.

Trouble may have  started for the suspended governors when they tried to impose their godsons as the governorship Candidate  of the parties in their respective states which was turned down by the NWC.  Take for instance,Okrocha, had expected the party leadership to endorse  Uche Nwosu, his son-law as the governorship Candidate of the party but it was given to Hope Uzodinma, a Senator of Federal Republic of Nigeria. In anger, the flamboyant Imo state governor was said to have sponsored Nwosu, to join Action Alliance, AA, one of the 73 political parties registered by the Independent Electoral Commission, INEC, to actualise his governorship ambition in the state.

From day one, the suspended governor was said to have handed over his political machinery in the state  to Nwosu to use in prosecuting his governorship election.   He was said to have urged the people of the state to vote for the AA  Candidate instead of Uzodinma, the APC, Candidate, which the party  officials did not find funny and quickly reported to Oshiomhole and Buhari to intervene to call  him to order.

It was gathered that there were several attempts by the President to make them see reason to retrace their step and work for the victory of the party in their respective states but not luck. The Imo state governor was said to have even threatened to expose  Buhari to for him him to support his Candidate but no luck.

The action of Okorocha was not different from Amosun, the Ogun state governor, who hated Oshiomhole, the party National Chairman, with passion for  endorsing Dapo  Abiodun, a Lagos based businessman as the governorship Candidate of the party in the state  instead of Adekunle Akinlade , a Commissioner under his Administration , who has his backing . He was said to have supported the aggrieved Akinlade to join the Allied Peoples Movement, APM, to pick up their governorship ticket to actualise his governorship ambition in the state. He has continued to canvas for APM Candidates in the state which reflected in the party fortune in the last Presidential and National Assembly election. Moreso, he has continued to mobilise support for his godson in the March 9, governorship election in the state, in order to  beat Abiodum, the Candidate.

The duo may want to prove a point that without them , the APC, could never have won any election in their respective states. They had contested for the Senatorial Seat in their respective states. Okrocha’s victory   may be challenged in Court by his PDP closest rival from the PDP,  going by information volunteered by  Francis Ibeawuchi, a Professor and the Returning officer of the Imo West Senatorial district. The Professor had said  that he declared the Imo state  governor winner in his Senatorial election under dress.

Already,  Jones Onyereri of the PDP and Osita Izunaso, Candidate of the All Progressive Grand Alliance, APGA are said to warmining up to Challennge the Okrocha victory in Court. Onyereri, the PDP Candidate , may have won the Imo West Senatorial election but Ibeawuchi, the Returning officer, was said to have been forced by Okrocha thugs to upturn the respect in his favour.