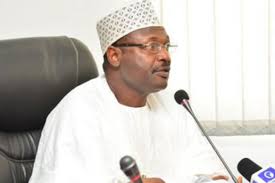 Barely one week after the conduct of the governorship and states Assembly election, the Army High Command has moved to save its image over the alleged assassination attempt on Nyesom Wike , governor of Rivers state last February.

Wike has raised of attempt by soldiers from the 6th Division  To assassinate him. The soldiers may have exposed their sinister motive by trailing the governor’s the popular Olu Obasanjo Port-Harcourt, the state capital, on his way to visit some party members. The movement of the soldiers became suspicious because the Rivers state has never been known for going out with soldiers in the state. It was therefore very surprising to him why the soldiers from the 6th Division should be following when there was no prior arrangement to that.

The governor disclosed that he could not have escaped the assassination plot but for the alarm raised by his police orderly when he noticed the unusual movement , forcing the him to divert  his movement to another street along the busy Aba road in the state Capital. But the suspected soldiers were said to have still trailed him to the street, fueling speculation that that they were” hired killers”.

The alleged assassination attempt on the Rivers state governor by soldiers may have rattled the military High Command who had earlier believed the report of the Commander of the 6th Division who had described the governor’s claim as a cheap blackmail to have a rethink. They may have realised that they could no longer put the matter under cover because of the reports in foreign Newspapers about it which had exposed the security agencies personnel, particular the soldiers and the Policemen to be supportive of the ruling All Progressive Congress, APC, to take a decision to investigate the governor’s assassination claim.

As a prelude to getting to the root of the matter as well as allegations  of misconduct  against the  soldiers deployed to  the state  during the conduct of the general elections, the Army may have decided to set up a high powered Investigation Committee to look into the matter.

Sagir Musa, a Colonel and Army Public Relations Officer, said the setting up of the Committee was at the instance of Tukur Buratai, a Lt. General and Chief of Army Staff, CAS. While inaugurating the Committee, Kay Isiyaku, a Major General and the Army Chief of Administration confirmed that Buratai, the CAS , had already started the Investigation to ensure that soldiers  deployed for  the election security  duties in the state,  conducted themselves within  laid down Rules of Engagement  and the Code of Conduct.

The Committee , which is headed by  T.A. Gariga, a Major General, has promised to be ”objective , fair and transparent ”  in line with their terms of reference. Given an  insider information, Sagir , the Army Spokesperson said  the Committee  members were directed  to collate and thoroughly analyse  all reports   to ”determine the veracity  of the allegations including the assassination attempt  on  Wike , the Rivers state governor” .

The Committee was also said to have been mandated to look  into the circumstances that may have led to the  killing of Lt. Luka Kurmi  and  the serious injuries sustained by another senior officer and other soldiers in the state, particular at Abonnema, Akuku Toru, Local government Area , during the conduct of the February 23, 2019, Presidential and National Assembly election.

Residents of Abonnema, had said that the town  was a theatre of war as the Army laid siege on the Akuku Toru local government Area as they abandoned their mission of providing security to ensure a smooth conduct of the election but  allied themselves  with the APC, leaders in the state and their supporters in the Area to rig the election.

Recall that before giving his approval for the soldiers to be deployed to the state and other states of the Federation on election duties, Buratai , the Army Chief , had enjoined them to be apolitical . It was therefore not very surprising that when he  started getting negative reports about the conduct of the officers, particular in the oil Rich Rivers state, he felt there must be something wrong .

A security source to The Value News that he became very worried when information filtered out that the soldiers have sacked the policemen guarding the Result Collation centre at Port Harcourt to prevent the Independent National Electoral Commission, INEC, Returning officer, from proceeding with the announcement of the governorship election result in the state.

The police men may have known the intention of the soldiers to hijack the result sheet and other electoral materials used for the governorship election that they quickly called for reinforcement to engage the soldiers in the war of supremacy to take over the security of the collation centre.

Many believe that Rotimi Amaechi, a former governor of the state and minister of Transportation and who is incidentally the  PC, leader in the state, had mobilised the security agencies personnel to invade the  Result Collation centre in PortHarcourt to disrupt the electoral process in order to declare the election inconclusive.

Note that at many fora, both in words and action. the Borno state born CAS, had consistently made it clear that under his watch ”soldiers  must remain neutral, respect Human Rights and abide by the Rule of Law  during the conduct of the Presidential and National Assembly as well as the governorship and states Assembly elections.

The soldiers , according to the CAS,  were deployed to the states, for the general elections under      ”Operation Safe Conduct  that was set up to compliment the efforts of the police and other security agencies  to ensure a hitch-free and successful elections in the country”.

He may have been shocked that the troops abandoned their role to disrupt the electoral process in Rivers state leading to the killing of a serving Army Lieutenant and injuring of another  senior officer and other soldiers in the state. Political watchers see the Army Investigation on the conduct of its personnel as an afterthought. This is because the damage had already been done to the image of the Army.

Wike, who had alleged that the target of a powerful political force in the state and at the Federal level  led by  Amaechi, was to frustrate his re-election bid,  in several tweets on Friday, March 15, 2019,  said that  he is confident of victory in the governorship election despite the suspension of the electoral process in the state by INEC. He noted  that the PDP , would win the election squarely”, stressing that the electoral umpire  wants to follow the due process to avoid making mistakes .  The governor who described what is happening in the state as” sad and a drama”, insists that the will of the t people must prevail.

In a solidarity visit by the newly elected members of the House of Representatives from the state to the governor in Brick Houuse, popular, government Hose, he had assured them that there was no cause to worry  as the party would record  a landslide  victory in the general elections in the state. He had told the  elected lawmakers from the thirteen Federal Constituencies in the state that his ”re-election  was not negotiable because he knew he had won the election. He has reason to think so. ” We have 13 House  of Representatives  Seats and the PDP clinched all of them, We have three Senate Seats, one has been declared and PDP won. He maintained that  that when the remaining  two Seats  would be declared , the PDP , would still win .

In spite of the fact that that the Army has not concluded its investigations on the alleged misconduct of troops deployed to Rivers state during the general elections, INEC, has given hope of the final release of the governorship and state Assembly election in the state which was suspended on Sunday, March 10, 2019,  on the allegations of disruption of the electoral process in some local government Areas in the state.

The Commission which were initially sitting on the fence over the Rivers state election matter as though they were under instruction to ensure that Wike was kicked out of Brick House, the state government House, may have shot itself on the leg  when it described as ”unlawful soldiers invasion of the  state Collation centre and  arrest of elections officials” .

Describing it as an act of intimidation by the armed gang , the Commission was said to have expressed its displeasure at the disruption of the electoral process by the soldiers to ”avert the will of the people”, insisting on expeditious  completion  of the collation process  where results of the election have been announced

An aggrieved Yakubu, the INEC boss,  has promised to engage the Heads of the various security agencies  at the national level and  the Inter-Agency  Security Consultative Committee at the state levels to demand neutrality and professionalism of security personnel in order to secure a peaceful   environment  for the completion of the elections even in states like Adamawa, home state of Atiku Abubakar, Presidential Candidate of PDP, Benue, Bauchi, Kano, Sokoto an Plateau and where the governorship and states Assembly election had been declared inconclusive.

Already, the electoral umpire has set  Wednesday, March 20, 2019, for completion of the electoral process throughout the country, an indication that the people of the oil rich Rivers state would know the next occupant of the Brick House, popular government House on  March 20th, 2019 , between Wike , ,Lulu Briggs, Candidate of the Social Democratic Party, SPC and the Labour PartyCandidate.

As at Sunday, March 10, 2019,indications were rife that Wike, the incumbent governor of the state , on the platform of the PDP, who had  already won the 17 local government Areas that had been announced  in the state before the armed gang intervention and suspension of the electoral process which clearly put him the lead will win the election.