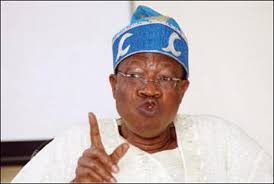 The National Industrial Court of Nigeria ,NICN, has dismissed an appeal brought before it by Daily Times of Nigeria PLC. The presiding Judge, Justice Tijjani Mustapha, had ruled that the DTN appeal lacked merit. The appeal was in protest against an earlier judgment delivered in July 2018, by the NICN in favour of two Nigerian journalists – Nduka Uzuakpundu and Babatunde Scott – who had dragged the Daily Times to the NICN for unpaid salaries.

The judgment marks an end to a two-year, tedious struggle and rugged quest for justice by Uzuakpundu and Scott.During the trial, t Fidelis Anosike, the proprietor of the media Company tried,  was said to have done everything within his powers  through his counsel, Uche Awulu, to convince the NICN that Uzuakpundu and Scott were not employees of DTN, and therefore their case against it should be dismissed.

A former Minister of Information, who craved anonymity, was of the opinion that “the judgment in favour of Uzuakpundu and Scott is a clear case of the triumph of good over evil. It was a victory of truth over falsehood. A well deserved defeat of an evil intent to muddy the waters of justice. All that in spite of the naked lies and brazen acts of dishonesty sworn to in nearly thirty paragraphs of an affidavit – especially by the General Manager of DTN, one Olisa Egbunike, who styles himself as a Christian and seasoned journalist, as he was said to have unrepentantly connived with  Anosike, the publisher of the Daily Times, in his own false affidavit of a similar length, to the effect that Uzuakpundu and Scott were not employees of DTN Daily Times and therefore, their case should be struck out.

Some sources at the Bureau Public Enterprise,BPE, Abuja, who craved anonymity, told The Value News, on the line, soon after the judgment on Monday, January 21, 2019, that the agency had been following the suit filed against the Daily Times by Uzuakpundu and Scott, and they see the judgment as well deserved.

They noted the petitions were from genuinely aggrieved  journalists concerning how Anosike and his brother Noel – including one Olisa Egbunike, had been maltreating Journalists employed to work for the Organisation by refusing to pay them their salaries as at when due.

In apparent response to the plea in one of such petitions jointly written by 13 journalists who are still being owed, the BPE sources said they may have to draw the attention of  President Muhammadu Buhari, Vice andLai Mohammed, the Minister of Information and Culture, to the criminal conduct of  Anosike, the ownwer of DTN, in his indefensible refusal to pay those journalists their back log of salaries; ranging from 10 to 20 months.

The BPE sources added that this move would be with the intent to compel him to pay the journalists their outstanding salaries   and comply with their rules and guidelines binding publication of other titles in the media house’s stable – when the Company was sold to him.

But, said the sources, “There are very strong indications at the Presidency that the criminal manner with which Mr. Fidelis Anosike has treated most Nigerian journalists is perceived as corruption per se; a practice that the Buhari administration frowns upon.

“We fear that except there are convincing signs of repentance on the part of Mr. Fidelis Anosike – defraying the debt he owed about fifty (50) certified Nigerian journalists, who are members of the Nigerian Union of Journalists (NUJ) – the Buhari administration may be compelled to stop the publication of the Daily Times.”

1 thought on “How DTN lost Appeal?”