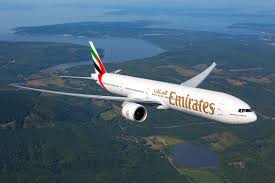 More facts have emerged why there was a stalemate  in the treatment of Sheikh Ibrahim el-ZakZaky, the leader of the Islamic Republic of Iran backed Islamic Movement of Nigeria, IMN, popular, the Shiites Moslems, in Medanta  Hospital, regarded as one of the best and most expensive in India. This is  because  the IMN leader had wanted to use the Indian Hospital  as an escape route to Iran to continue his treatment where he believed he would be better taken care of by the Iranian Doctors.

The Iran  government  through  Mohammed Montazeri, the country’s Prosecutor General or Attorney General in the Nigerian context, had earlier declared interest to take over the treatment of the Shiite leader in Nigeria, accusing the Nigerian government of poor handling of  his treatment and that of Zeenat, his wife.

The Iranian government may not have hidden their plan  to take over the IMN  leader treatment going by the Correspondence between the two countries on the matter. In one of the letters to the  government last July, by Montazeri at the instance of Hassan Rhouhani, the Iranian President, he had urged the country’s Judicial Authorites  to take steps with their Judicial Independence  and support  for  a Captor Citizen, as they described  el-Zazaky  and provide  ground for his release  and transfer him to Islamic Reoublic of Iran for treatment.  That may  have informed  why the government  put the  security agencies on the alert  to ensure  that the Iranian Authorities did not have their way.

Security sources informed The Value News that  el ZakZaky  had refused to be treated by the Medanta Hospital  Doctors , describing them as  ‘’strange Doctors’’   because of the failure of the Hospital Authorities  to facilitate his escape   to Iran from the Airport.

The Iranian government  were said to have perfected plot for the escape of the IMN leader to be carried  out from  the airport with an aircraft  that  was said to have been provided  for the purpose that was already on ground.

It was learnt  that the plot was hatched by the Iranian Authorities the moment it became clear that he  was coming  to India for treatment.  It was gathered  that some Iranian security officials in their Embassy in Indian  had reached out to some staff of the Hospital  to assist  in ensuring the escape of El-ZakZaky  to Islamic Republic of Iran  an attempt, to evade his ongoing terrorism trial I Nigeria.

The Hospital  Staff who were approached may have read in-between the lines  that they quickly informed the  Authority , which took up the matter  with the  Indian government  about the overtures made  and declared their unwillingness  to receive the high profile Nigeria patient in their  Hospital to avoid turning it into  a meeting ground for the Shiites to free him.

Insiders informed the Magazine  that officials of the Indian government  were  not happy at the involvement of the Iranian government to aid and abet the escape of  the IMN  leader who facing trial  in Nigeria. The Indian  government officials were said  to pleaded with the  Hospital  Authorities  not to back out  as people might read meaning to it. The government was thinking of the backlash effect that may result from such an  action. The Hospital Authority having agreed to receive the Nigerian Shiite patient    may have force the government to beef up security around the Hospital. The Chief Medical Director of the Hospital  was said to have also been promised extra security  for the high profile patient  with  the deployment of Immigration and other security agencies   to ensure that there is no breakdown of law and order. The government was said to have changed most of the Immigration officials at the airport who may have been Compromised and replaced them with fresh hands.

Given the support from the Indian Seat of Power in New Delhi, and the security agencies , the Hospital was emboldened   in creating a decoy  by using a different  from the airport in order to take unawares  the security officials  mandated by the Iranian government  to execute the plot.

El- ZakZaky may have been availed of the plot that he refused to board the government Aircraft  provided for the trip but  chose to fly the Emirates  with his personal Aides and personal Physician. He got it wrong as the government insisted that the Department of State Security Service , DSS, accompanying them to India must be on the same aircraft.

The insistence of the government that the DSS Personnel must be with them on the Emirate flight may have  occurred to him that the game is up. The DSS personnel may have played along with his him as he made  a stopover in Dubai to reach out to some close associates .

Unknown to him  the Medanta Authority  has put  up extra security measures in place   to ensure a smooth  ride from the airport  to the Hospital without  any hitch or plan to escape. The extra security  measure may have rattled  el-ZakZaky who was visibly shaken and angry because of the large presence of  security Operatives from the airport route to the Hospital last Tuesday.

The situation may have forced him to insist on going to insist that he wants to mewithet  his supporters in order to give them a message. But the Hospital Doctors were said to have pleaded  with him to call off whatever  he has had of talking to his followers as his health was more important for now . They were said to have made it clear that his failing health would not  would withstand such a meeting. The advice may not have gone down with him as he resorted to plan B, by refusing any form of access to him by the Doctors  without the supervision of his personal Physicians.

He has justified his action to the fact his religion ‘’forbids   for a non-Shia to take his blood sample   for Laboratory test’’.  The Medanta Hospital Management according to sources were infuriated  that they quickly made provision for him to be transferred to another Hospital but was turned down by the government.

The government of India , has every reason to give extra security  support the Medanta Hospital  for fear of any Diplomatic row with Nigeria, if  el-ZakZaky, the IMN, leader, who was brought to the country for medical treatment should escape to Iran or any other  Islamic  country for asylum.

Note that most of the patients patronising the Mendata Hospital are Nigerians and the Hospital Managemt are not ready to lose  the Nigerian  Customers who are bringing in millions of dollar to its purse because of one Shiite patient  from the country.

Aware that  all the plans  made by the Islamic Republic of Iran for his escape has ailed, he was forced to request for his return back to Nigeria to seek help from friendly nations like the European country of Turkey and the Asian Country of Malaysia to continue his treatment. He may have made people to believe that he has no plan of going to Iran but that was uppermost in his mind.

It was not surprising that when the Emirate aircraft touched down at the Nnamdi Azikiwe International airport , Abuja, the Federal Capital Territory  on Friday, August 16, 2019, he was quickly whisked away by DSS Personnel to avoid granting interview to Journalists who had laid ambush for him at the airport.

His followers.  may not have helped matters as   they were outside with his larger than size posters singing war songs. They were shocked when information leaked out that he had been taken away by DSS personnel  to an undisclosed  Hospital , forcing them to leave the airport in anger.