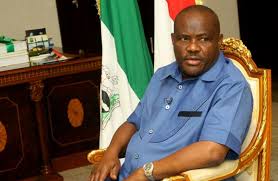 Those who think that Atiku Abubakar, the Presidential Candidate of the People’s Democratic Party, PDP, would make a head way in upturning the Saturday February 23, Presidential, which was declared in favour of President Muhammadu Buhari of the All Progressive Congress, APC, would be disappointed.   This is because the election, according to insider sources had been planned and rigged by the Independent National Electoral Commission, INEC, through the Configuration of the Permanent Voters Card, PVC.

Investigation by The Value News shows that the card readers had been configured in APC controlled states  in such a way that  it could be used to vote twice without problem. The Magazine observed it in one of the polling centres in Lagos where who was accredited PVC showed correct when it was slotted into the card reader which enabled him to vote.  The same PVC, was taken another polling centre where it was also slotted into the card reader and the result was the same: correct, making it possible for him to ote a second time.

It was not surprising why Buhari, the President elect got majority of the votes cast in the APC controlled states of Niger, Kano, Kaduna, Lagos, Borno and Yobe, to name but a few. The three-man Presidential election Tribunal set up by Ibrahim Tanko Mohammed, acting  Chief Justice of Nigeria, CJN, to look into petitions arising from the election may have given Atiku, the PDP, Candidate, the nod  to access  the electoral materials during the election which include the voters’ register, card reader and ballot papers but INEC sources confirmed that nothing would come out of describing it as ”scientific rigging”.

The same method was said to have been applied in the governorship and states Assembly election in the APC, controlled states, on March 9, 2019.  In one of the polling booths in Alimosho local government Area Lagos, trouble almost erupted between PDP and APC, supporters, when the ruling party’s agents were found to be offering voters’ between N2,000.00 and N3,000.00 to force them to vote for their Candidates.  The PDP agents were said to have protested  that the APC agents are engaging in vote buying, forcing the presiding officer to quickly call in the police to save the situation.

Political Observers disclosed that both not for the wisdom of the Presiding officer  to call in the law Enforcement agents, the election at the centre would have been disrupted.  Asiwaju Ahmed Bola  Tinubu, a former governor of the state and National Leader of APC, may have known that the rival PDP, had already lost the general elections, when he had  boasted recently,  that ”APC, is the only party in Lagos state.  We  are going to win , we are the only party in Lagos”.  According to him, the ”other parties are just repeated stations; they come every four years  and they go back again”.

vote buying through sharing of money to voters on election day went on smoothly, it was not the case in Kwara, Bukola Saraki, the Senate home state, as the Ibrahim Magu, led Economic and Financial EFCC, personnel were on ground to arrest those who the electoral law. The Commission operatives were said to have nabbed one Abdulkareem  Abdulsalam for sharing money  at Unit 7, Kwara state College of Education. The Commission was also said to have intercepted huge cash in alleged vote buying in Benue, a PDP state. The question on the lips of most people was: why the EFCC officials turned their eye the eye the way in Lagos state where vote buying were  done in open with security officials struggling to have their own share?

Nyesom Wike , governor of Rivers state , who had stood in for  re-election on the platform of the PDP, may have  taken  a cue from Tinubu, the godfather of the south west politicians that the other parties which presented Candidates for the election  including the APC , which never presented any Candidate , for any elective office, only exist in name in the state, insisting that the ‘PDP, is the only party in the state. ”We are optimistic of winning the governorship and states Assembly election very well ”, he had said.

Residents in flashpoint Communities in the state disclosed that the election was peaceful. That much was confirmed by Wike, the state governor. This may have been made possible by the security arrangement put in place by Mohammed Abubakar Adamu, acting Inspector General of Police, IGP, and Tukur Buratai, a Lt. General and Chief of Army Staff. Take the case of Buratai, the CAS, who was said to have read the riot act to the soldiers  deployed to cover the election to conduct themselves as professionals and remain apolitical in dealing with the politicians. The  message was said to have been passed to the soldiers through their Staff Officers, GOCs and Commanders.

It was not surprising why there was calm in the flash point local governments of Okirika, Akuku Toru and Ikwerre as the security operatives remained apolitical and never aided the rival APC in the state in rigging through thumb printing of ballot papers or snatching of ballot boxes. An elated Wike said  his party was not threatened by the Opposition parties.

His major worry is  at the Collation centre. He fears that if there would be any rigging of the election at all, it would be at the collation centre. Not surprising why his agents and supporters are keeping a vigil at the centre to ensure that the election result from the local government areas in the state was not manipulated. The  Resident Electoral Commissioner in the state had shut down the Collation centre Saturday night , promising to reopen the centre for collation of results on Monday by , 99 a.m.

What many have surprised many was the relative in Rivers state during the election  but not so in Oyo state.  The parties may have seen the election s do or die affair, as one Olatoye  Sugar, representing  Lagekely/Akinyele, Federal Constituency, Ibadan, the state capital, was said to have been shot dead  during the governorship and states Assembly election on Saturday.  The deceased Lawmaker was the Action Democratic Party, ADP, Candidate for the Oyo Central Senatorial district  but however lost to Teslim Folarin , the APC , Candidate.

Eye witness account said there were no policemen at the in the scene of the incident, fueling speculation that the large concentration of security operatives in the south-south geo-political region, was ostensibly to rig the election  but the PDP supporters may have become wiser as they refused to be provoked into action.