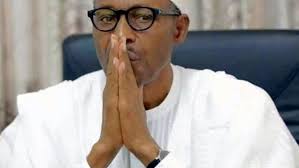 Barring any noticeable resolve by the federal government to dispatch the recommended N30,000.00 minimum wage to the National Assembly, indications are rife that labour will go on strike before end of the month. This has been hinted by Babachir Lawal , the General Secretary of the Association of Senior Civil Servants of Nigeria .

Lawal frowned at the foot-dragging by government on the issue which shows its Insincerity . He advised the government to use the revenue generated from customs, Federal Inland revenue Service, FIRS, Stamped Duty and Value Added Tax, VAT, among others to pay the minimum wage instead of playing the lamentation game.

The FIRS, he disclosed, generated N5.4 trillion in 2018 and is targeting N8 trillion this year, an amount he said may increase as the new minimum wage will be like a drop of water in the ocean…” He noted that the customs generated  a total sum of N1.202 trillion in 2018. This is in addition to undisclosed stamp duty payments, VAT and other sources of revenue.  Lawal who was a member of the MSMAMA people led tripartite committee on new minimum wage, said it would not cost government more than N200 billion monthly to pay the entitlements of core civil servants after the wage increase.

He equally disclosed that labour has signed a memoranda of understanding, MOU, with the government  on the amount to be paid to 90,000 civil servants from levels 5 to 17. The new minimum wage increase has been a contentious issue between government and labour since the last quarter of 2018.

Labour had initially proposed N52,000 but had to reduce it to N30,000 after appeals from the government. At a time labour was set to lead workers to à nationwide strike last year but last minute intervention by Boss Mustapha, the Secretary of the government of the federation purportedly extracted a commitment from the government on the new minimum wage and a recommendation of same by the tripartite committee to the government.

But the euphoria by labour on their perceived achievement was short-lived when fillers from the presidency had it that two recommendations of n24,000  from government and labour’s N30,000 were sent to president Muhammadu Buhari, who was expected to approve and forward it to the National assembly.

However after an emergency meeting of the Federal Executive Council, FEC, and National Economic  Council, NEC, last week. The federal government has resolved to convene a meeting of the Council of State comprising the 36 state governors and former Heads of states, Secretary of the government, all former Chief Justices of Nigeria including the Chief Justice Walter Onnoghen, Bukol Saraki, Senate President and  Yakubu Dogara, speaker, House of representative to table the matter.

Sources revealed that the federal government is proposing N24,000 while the state governments are insisting that they can only pay N22,500. The governors say they can only pay the N30,000 new minimum wage on two conditions. They want the revenue sharing formula reviewed to give them more money to be able to pay or a cut down in work force. The president who intends to table the matter before the Council of State meeting slated for Tuesday January 22,2019, has assured that there was no cause to worry.

Labour appear unsatisfied with the President’s assurance and  has warned that they would not accept any other thing apart from the recommended N30,000 new minimum wage which they want the president to transmit to the National Assembly.

Many Nigerians, however, feel labour got it wrong when they allowed themselves to be cajoled to shelve their initial intended strike which would have been their weapon to arm-twist the government to do the needful. The Nigeria Labour Congress, NLC, election holds next month and workers have told wàaba, the President, that his would only be determined by getting the government to implement the new minimum wage.