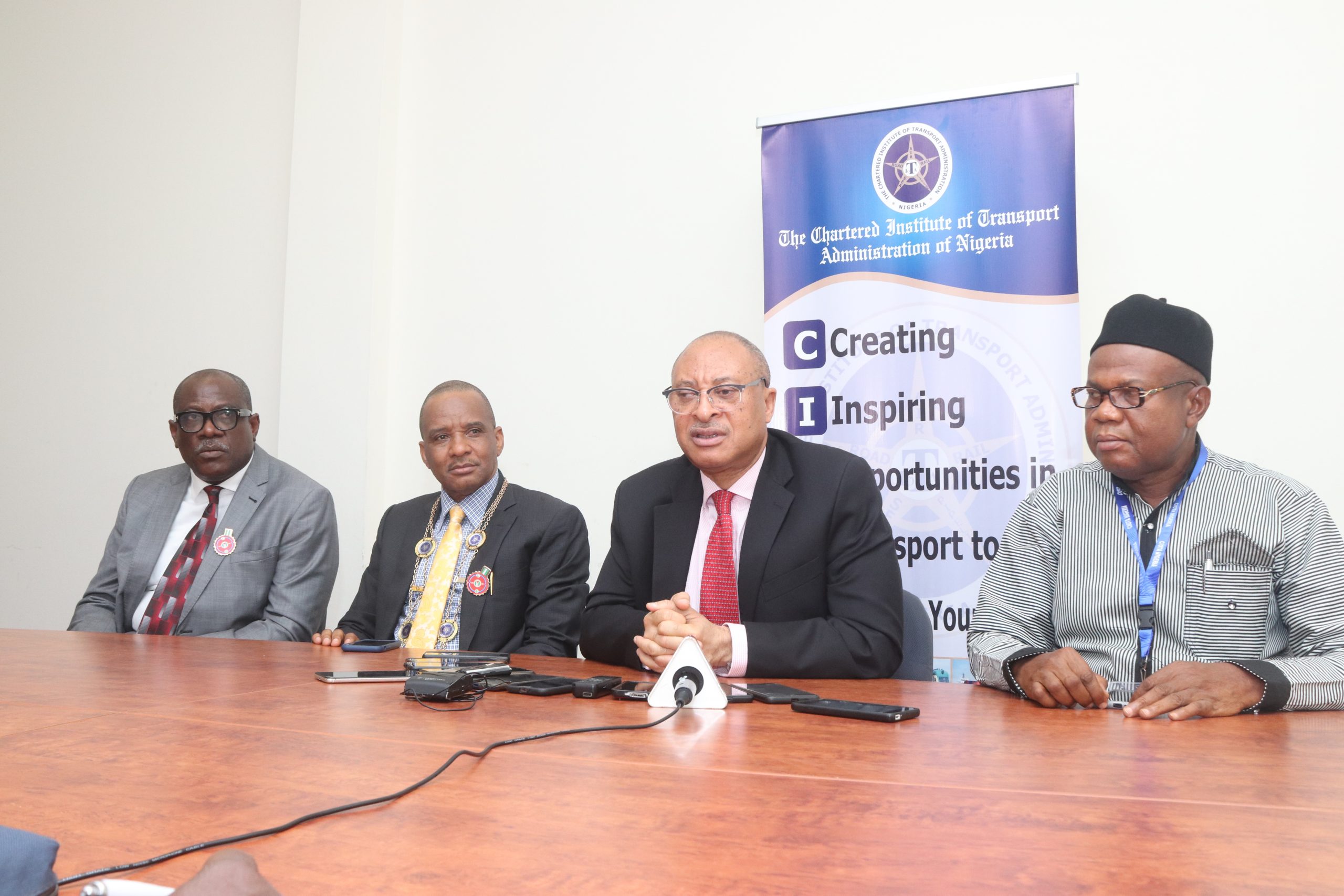 Jamo’s source of  happiness, is the giant strides which the Institute had made in the last year, under his leadership. This is evident going  by the establishment of a University of Transportation at Daura, Katsina,  President Muhammadu Buhari  home state by government which ground breaking Ceremony was performed last Saturday.

The establishment of the University may have informed why Jamoh, the CIoTA President  has said that the ‘’Institute is set to professionalise all aspects of transportation industry in Nigeria for sustainable development’’. An appreciative Jamo commended the Katsina state born Nigerian President for  establishing the Transportation University and signing the CIoTA  Bill into Law, thus recognizing the Institue as a a Professional Association.

Speaking  at the opening of a 3-Day National Transportation Summit organised byInsitute at the Yar’Adua Centre in Abuja with the theme “Unlocking the Potentials of Transportation for Sustainable Development” he noted “with the recent assent of Mr. President recognizing the Institute as the sole professional body in the transport industry, CIoTA will engage all stakeholders to ensure that all those involved in transport administration in the country  are certified to enhance professionalism.

He disclosed that the institute’s current plan to engage some graduate youths already mobilised for the National Youth Service Corp, NYSC, as transport administration volunteers. An elated Jamoh  stressed that  the ‘’volunteer group will also work with other relevant government agencies like Federal Road Safety Corp (FRSC) in carrying out its activities’’.

The CIoTA President who could not hide his feelings stated  that the Institute first major task  now would be to conduct research aimed at solving most of the transport challenges in the country. He noted that ‘’Standardisation of Transport training geared towards enhanced professionalism will be done by the institute through upgrading curriculum of transport training schools and partnership with other agencies  involved in transport business.

Hassan Bello the Executive Secretary of Nigeria Shippers Council, NSC,, who could not his feelings  decried the absence of seamless links in the country’s transport infrastructure while commending government efforts at getting them fixed up.He averred that  ‘’there must be a link between economy and transportation in Nigeria if the economy must move faster with its peers’’.

According to him, CIoTA holds the key to several of Nigeria’s lingering transport issues since it is organised, devoid of unhealthy rivalry and not having any distraction like leadership tussles.

He disclosed that since the country has moved into the era of economic diversification to enhance its revenue source the transport sector must be supportive of other businesses including creation of the much needed employment opportunities in the country.

Giving an insider information, he revealed that  Apapa  and Tin Can Ports alone, out of the eight ports in the country, which could handle 24m metric tonnes capacity of cargo per day, presently handles over 89m metric tonnes,  and thus getting the port facilities overstretched.

As a way of  solving the intractable problem, he was  said to have suggested linking the ports with the rail, adding that it would bridge the existing gaps in cargo delays  at the ports and  address the perennial traffic at the busy Apapa express way.

The NSC boss further suggested that that the whole of Apapa should be handed over to the Nigeria Ports Authority, NPA, as a way of getting it organised.He noted that by handing over the  whole Apapa to the Authority, it would be  able to determine who does what and in which area of the port environment.

According to him, the  ‘’issue a sensitive ads transport should not be left to non-professionals as Transport connects people and businesses and should be a thing of pride to citizens’’.

Isichei Osamgbi, a Deputy Director and NIMASA, spokesperson, recalled how he criticized Nigeria as being the only country  decried which crude oil are still being  carried at Free On Board (,OB, carriage mode, thus causing huge loss of freight components amounting to thousands of dollars to Nigeria.

This is where the President and Rotimi Amaechi,  a former governor of Rivers state and minister of Transportation may have to to look into the CIoTA President Complaint  to change the Country’s Crude oil carriage mode in order to save thousands of dollar for the country  from the source alone, which would go a long way to boost the country  revenue generation.