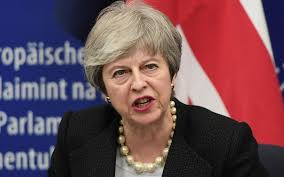 The European Union Election Observation Mission’s preliminary assessment of the 9th of March governorship and State House of Assembly elections in Nigeria.It is preliminary because vital parts of the process are ongoing, including the collation of results. As you know, this is our second preliminary assessment of Nigeria’s general elections. Our first, on the 25th of February, was about the presidential and National Assembly elections.

First, some words of thanks: to INEC, to political parties and candidates, election officials, security agencies, journalists and civil society organisations, who have taken time to meet with us over the last nine weeks. And to colleagues at the EU Delegation, EU member state embassies, and those of Canada, Norway and Switzerland for their cooperation. Second, a brief reminder of our mandate: we are here because INEC invited the EU to deploy an election observation mission.

Our mandate is to observe the electoral process, to offer an independent and impartial assessment, and to make recommendations for future elections. The mission is independent in its findings from the EU delegation, EU member states and EU institutions. So, as I said two weeks ago, we are here to serve the people of Nigeria, not the politics of the day.

Although election operations improved, the elections were also marked by an overall low turnout and violence, including against election officials and voters.Elections should be occasions of peaceful participation when voters are able to freely choose who they would like to represent them in office.It is with both great sorrow and with condolences to those who’ve lost loved ones that we note that election-related violence has led to the deaths of far too many Nigerians.

It is deeply troubling and those responsible must be held to account. On election day on the 9th of March, polling procedures were assessed by our observers more positively than during the presidential and National Assembly elections. Most polling units visited opened on time, or less than 30 minutes late, and the procedures for the accreditation of voters were significantly improved.

However, at eight polling units observed, we saw indications of vote-buying. Eight cases of obvious underage voting were also observed.Our observers saw that the counting of ballots was transparent overall. Positively, in almost all cases, party agents received copies of the results forms, although they were often not displayed.The environment for these elections has been difficult, with cases of violence and intimidation, including attacks on election administration officials.

Security agencies have an important role to play in helping safeguard voters and all involved in an election. However citizen observers reported being obstructed by military and security agents. Observers, including EU observers, were denied access to collation centres in Rivers, apparently by military personnel.

This lack of access for observers compromises transparency and trust in the process. In Rivers, INEC yesterday suspended until further notice the elections due to violence in polling units and collation centres, staff being taken hostage and election materials, including results sheets, seized or destroyed by unauthorised persons.

There is no doubt that the electoral process there was severely compromised. On election day, in five states, journalists from respected media houses were obstructed from reporting in areas with a history of electoral problems, including parts of Rivers, or were attacked while trying to report on electoral malpractices.

Such incidents limit scrutiny and therefore transparency of the process. Going back to the campaign environment: the elections were competitive with overall freedom to campaign.

However, there was misuse of incumbency, including on state-owned state media, which prevented a level playing field. In the two weeks leading up to the state elections, EU observers saw some misuse of state offices and institutional websites being used for campaigning by both APC and PDP incumbent governors.

However in 12 states, incumbents or their main challengers refused to participate. All nine state-owned radio stations monitored by the EU Election Observation Mission served the interests of incumbent governors.

In the fortnight before the state elections, one journalist was arrested, and the regulator closed one commercial radio station and issued fines to 45 others, which can lead to self-censorship. On inclusion of vulnerable groups in the electoral process: although INEC and civil society made efforts to promote inclusion of persons with disabilities, out of more than 20,000 candidates, only six persons with disabilities apparently contested the federal and state-level elections.

On the 9th of March, we saw that INEC’s initiatives aimed at facilitating the participation of voters with disabilities, such as priority queues and assistive devices, were not consistently implemented in the states visited by EU observers.

The collation of results is one of the most crucial aspects of any electoral process. And collation for the presidential and National Assembly elections was ongoing when we held our last press conference.

So if I may ask the EU’s Deputy Chief Observer, Hannah Roberts, to now give our main conclusions. (Deputy Chief Observer) While the national collation centre for the presidential election was open to party agents and observers, and the process was continuously televised, our conclusion is that the collation of results process had many problems.

Overall, the process was not in line with international standards for access to information and public accountability. Polling for the federal elections was cancelled in a large number of polling units across the country, covering nearly 2.8 million registered voters.

This was four times more than in 2015. While this number did not affect the outcome given the margin of win, this was not a good process. INEC did not provide sufficient information on these cancellations, the specific reasons for them, and the precise local government areas affected. This undermines public confidence in the process.

There were also some inconsistent numbers in relation to collation, specifically, a large difference between the number of registered voters INEC had announced back in January and the lower number then announced by returning officers at state level during the collation of the presidential results. Nearly one point seven (1.7) million less in total.

Unfortunately, INEC has not properly explained this discrepancy. Since this is something that also happened in 2015, it really shows the need for better data management in future elections. Collation also showed an increase in the number of invalid ballots compared to 2015, four and a half (4.5) per cent of the total. In some states or local government areas, the number was particularly high.

For example, in one constituency it was nearly 13 per cent. So what collation of the federal elections demonstrates is a greater need for better training of collation staff, improved data management and, in particular, more information and explanation from INEC so as not to undermine the integrity of this important phase of the election process.

The election administration needs to be able to do its work freely, security personnel need to work neutrally, and parties need to call their supporters to be calm and to respect the process.

It takes all of these different people to make a good election. If I may now come to our main conclusion: It is this: that the systemic failings and electoral security problems of the last few weeks and months show that there is real need for serious reform in Nigeria.

While there were operational improvements in the 9th March elections, these were overshadowed by a troubling electoral security environment, abuse of incumbency and institutional failings. We echo the view of leading civil society organisations that say that there is an urgent need to restore faith in the electoral process.

While there can be many reasons for a low turnout, and it is not for me to speculate, it is surely disappointing that, overall, only a relatively small portion of what is by far and away Africa’s largest electorate actually cast a vote on both election days.

We hope that after these elections, parties and institutions look at what is needed to make voters want to take part in elections. As the 2019 elections in Nigeria have demonstrated, there are important improvements to be made. Elections can always be better.

The systemic problems evident in the 2019 electoral process show the need for an inclusive national discussion on reform for greater electoral integrity and participation.

This is not a novel idea, of course. The suggestion of a national conversation or dialogue is one that comes from INEC itself. It is one that the European Union would support. Our long-term observers across the country will remain in Nigeria for another week.

They will continue to observe the collation of results and the election petitions process.

A core team of experts will remain for some additional weeks. Some of us will then return in June with a final report on the elections with recommendations for reform. As an election observation mission, our work finishes after this report is produced.

After that, it will be the EU Delegation that stands ready to support Nigeria in the implementation of the recommendations put forward for consideration. Although they are still to be finalised, one very clear recommendation would be for Nigeria to revisit the electoral laws and to agree on key reforms long before the next general elections Change and improvement does not happen overnight.

Reforms should neither be rushed nor left to the last moment. We encourage a national conversation on electoral reform and strongly believe that it would meaningfully contribute to Nigeria’s democratic development.

We encourage  a national  conversation  on electoral reform  and strongly believe  that it would meaningfully  contribute  to Nigerian’s  democratic development.