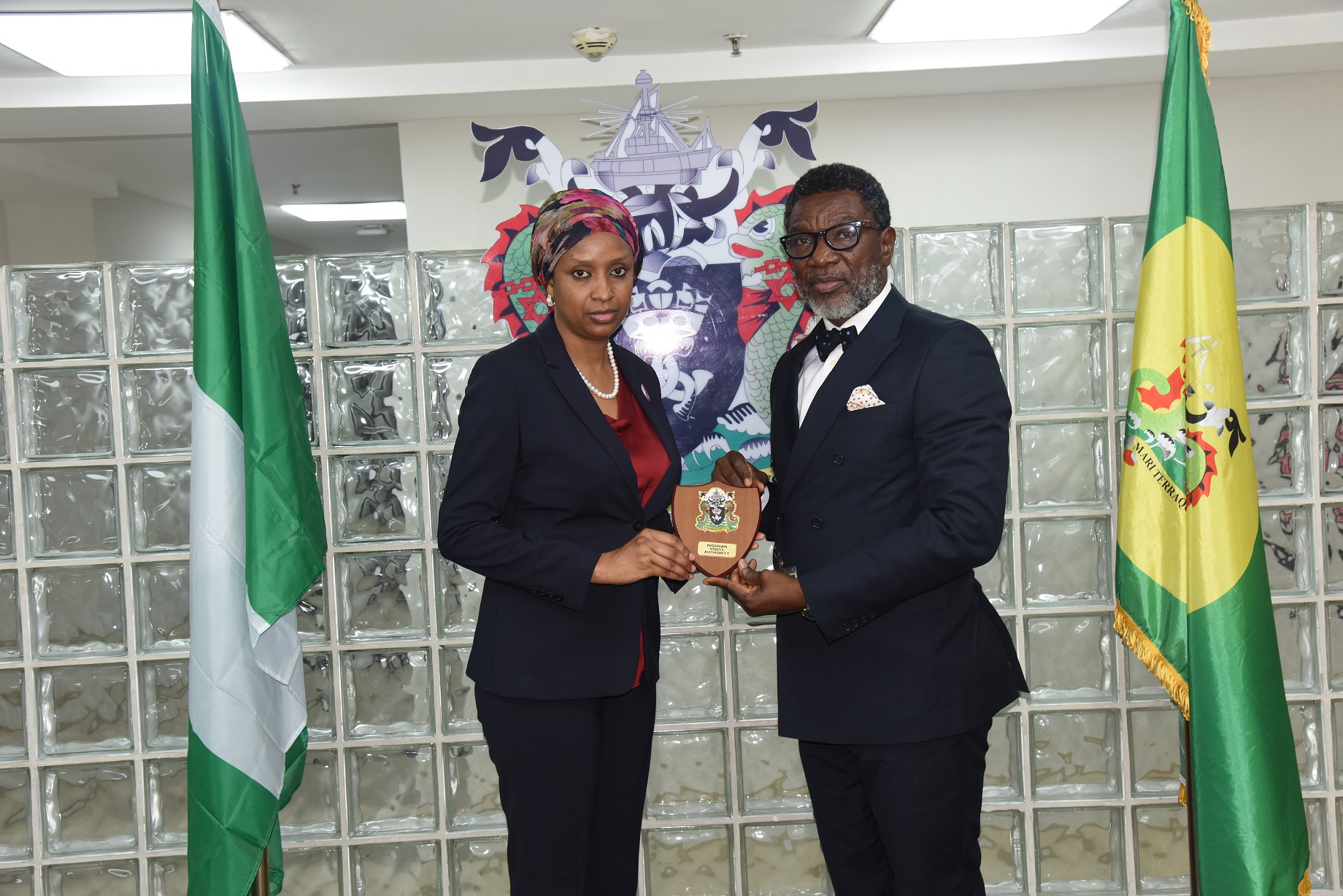 The Nigeria Institute For Public Relations, NIPR, has thrown their weight behind Hajia of the vast successes that had been achieved since she was appointed the Managing Director of the Nigerian Ports  Authority, NPA, by President Muhammadu of the  All Progressive Congress, APC.

The NIPR, officials who visited the NPA  Chief Executive officer, CEO, in the Authority Corporate Headquarters, at Marina, Lagos her for initiating policies in the nation’s maritime sector which had ”boosted the economy as to” generate dividends of best practices”. Olusegun Mcmedal, the Chairman of the Lagos Chapter of the NIPR, who led the delegation, was said to have assured the management that the ”Institute would partner with the Authority in the area of  ”effective Information Management ”.  As a prelude to doing so, Mcmedal,  said it was critical that the ”professional practice in the Authority concerning Public Relations be strategically guided through industry guidelines”.

The NIPR Chairman who sought sponsorship  from  Hajia Hadiza led NPA  Management  for the Institute various programmes  and projects   said they  are tailored  to impact  most positively  on the society . He may have won the won the heart of the activist turned Maritime guru  who had been invited  as the guest  speaker  of the forth coming  Public Relations  week holding in June 2019. She is expected to speak on the topic: Effective leadership.  Public Relations practitioners who spoke to the Value News disclosed that only Hajia Usman could effectively speak on the topic because of her management of the Authority  turning it into one of the most productive government Agencies in the last two years.

The Public Relations expert  used the opportunity of the visit to the NPA Managing to open up about the Organisation. He disclosed that the 55 year-old Public Relations outfit aspires across  board to engage  leadership stakeholders  through networking  with  a view to ensuring  that existing  relationship with other Organisations do not only grow  but  are deepened  so as  to” generate  the dividends of best practices”.

A statement by  A. A. Jatto,  a trained Engineer and now a Public Relations expert , shows that  under the renewed Collaboration between the two  Organisations,  the NPR,  has agreed  to ”offer   both local and oversea  training  for the Authority  Public Relations Personnel . Jatto , who is optimistic that the training programme that would   enhance  the” proficiency of the Staff of the Authority Public Relations Department  on their jobs. He  noted that it would help the Staff  to keep ”abreast   with the” new trends in  Public Relations Practice” as obtained in other parts of the world.

Hajia Usman, who could not hide her joy when she received the NIPR , Lagos state Chapter  officials  in her office, assured them  that the Authority  would” consider  the projects presented to Authority for financial support  on its merits”. The activist turned maritime expert,  further explained  that the Authority Training Department  would  also study  the NIPR training programme proposal for the Staff of the Authority Public Relations Department  and make appropriate recommendations   to the Management.

Given her managerial skills, of giving approvals to proposals  within the limit of   available resources and budgetary allocations to the Authority,   She had responded  to other requests   presented to her by the NIPR officials one condition: the ”availability of funds”.    The NPA, boss, who is enjoying a good working relationship with Staff may have used the opportunity of  the NIPR officials visit to speak about the Operational trust of the Authority under her Management.

According to her,  ”amongst the ”key operational trust”   of the Authority under her leadership was the ”preparation of  Staff for greater performances”  . She stressed that the Authority welcomes synergies that would  ”results in greater operational efficiency of the Authority, noting that capacity building would also go a long way in helping to  ”boost its output as well as and result in the country’s development. ” It would also bring about effective future leadership for the Authority that would drive the nation’s economy towards a desirable anchor”, she had said.