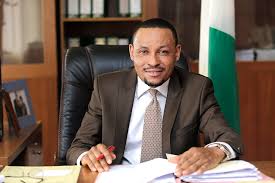 Walter Onnoghen, Chief Justice f Nigeria, CJN,   who was suspended  by President Muhammadu of the ruling All Progressive Congress, last on January 23, 2019,heeaved  a sigh of relief  as  Danladi Umar, a Senior of Nigeria , SAN,  and Chairman of  three -man Code of Conduct tribunal, CCT,  on Thursday ,April 18, 2019, to gave the  final Judgment  on the alleged false declaration of Assets  and other charges  leveled against him.

the CCT members  may have   reached the agreement on the date for the Judgment after  the Prosecution led by Aliyu Umar and  the Defense Lawyer   Okon Effiong  Efuk  ,  both SAN, adopted their   final  addresses to the Tribunal. Analysts believe  that the conclusion of the trial would  pave the way for the  appointment of a substantive  CJN  by the President.

Prior to the adoption of the date for the Judgment on the Onnoghen’s trial, the National Judicial Council, NJC, had stepped into the matter to look into the various   petitions against the suspended CJN and Tanko Ibrahim muhammed, the acting CJN. The NJC, did not hesitate in asking the Cross River state -born CJN, to tender his letter of  resignation  to the President, preparatory to the  appointment of a new CJN or confirmation of  Justice Muhammed, the acting CJN. A s at press time , it was not clear whether the embattled CJN  has resigned or not.

The question on the lips of most people  is : will he be restored  be restored to his office if he is cleared of the six count charges levelled against him by the petitioners. Recall that that the  President had said that he was  suspended  from office ”pending the  final determination  of the cases  against  him  at the CCT and several other fora relating to his  alleged breach  of  the Code of Conduct  for public officers”.

Note that  in the course of the trial , the former CJN, had volunteered information  that he forgot  to fill his Asset Declaration Form. Efuk , the defense Lawyer may have  known the implication of the confession by his client that pleaded with  members of the tribunal that it should  not  be used against him in giving the final  judgment . Giving his understanding  of the Law,  he noted that ”Confession  is not a straight forward thing  as writing and  that he forgot  did not  amount to an admission of guilt”.   He faulted  the sic count  charges leveled  against the suspended CJN,  for not ”following  the element  of an offence  as created by law”.

According to him, Aliyu Umar, the Prosecution Lawyer, has failed to substantiate  the elements  of the offence   commited by the CJN, as contained  in the fifth schedule of the 1999 Constitution as amended and thus pleaded with the Tribunal  to strike out the case.  The Akwa Ibom state legal luminary may have cashed in on the legal loopholes   to address the Tribunal  specifically on” false Asset declaration and false statement”.  He noted that  the provision  talks about  ”false statement and  not a declaration”, an indication that his client was not guilty as charged by the Tribunal. The good news, according to him was that the Prosecution Lawyer had established that Onnoghen,  actually made his Assest declaration . In spite of the fact that he made his assets declaration as approved by  law, he lambasted  the Tribunal members for failing   to establish  whether the” statement was true or false  because  it was not verified by a Verification Authority’, fueling speculation that they had a hidden agenda to implicate  him of having committed fraud to facilitate his removal from office by President Muhammadu Buhari.

Efut  believes  he had made a good case to free the embattled CJN, but he got it wrong.  Umar, the government  lawyer,   was said to have adopted the arguments of Efuk, the defense lawyer in his final address and submission  to the Tribunal  , insisting that Onnoghen, was guilty of all the  six count charges leveled against him by the petitioners.

According to legal experts, the duo may have  made their legal presentations to the  Tribunal, but Umar  and the other members of the Tribunal still have the final say.  The statement by Umar, the government lawyer speaks volume.  He had said that in reaching out  to a decision   whether  person is  guilty or not  in a case, ”it is  the hard facts  before the Tribunal that will aid  the determination of the direction of the Judgment”.  He lambasted  Onnoghen’s lawyer  who  think s  that the charges  leveled against  him were null and void . The prosecution  Lawyers  could have such a misconception because  their presentation w was elegantly drafted that it could not be faulted., describing it as a  He noted that the statement by  the embattled CJN that  he forgot to fill his Asset declaration form was an admission of the offence.

Many believe that if the tribunal has any reason to convict him, it may not be because of the allegation of false declaration of Assets but because of the petition of the Economic and Financial Crimes Commission, EFCC, which was very revealing about his alleged illegal financial transactions both within and outside the country.

Indeed, the Commission had actually laid the  provided the ammunition for the Tribunal to nail the embatled CJN. The anti-graft which may have had an insight  into the suspended CJN, financial transactions as a public officer  and thus,  started a secret investigation on him  which report was said to have submitted to the President  on January 30, 2019, but submitted  to NJC  and the CCT as petitions. It was said to be a three years of undercover investigation on him which  said to have started befire his appointment  by  the incumbent President  in 2016 on the recommendation of Yemi Osibanjo,  the vice President and subsequent Confirmation in 2017.

The anti-graft agency  was said to have investigated   his transactions  with the Nigerian Stck Exchange, SEC, Central Security and Clearing System, CSCS,  to get all the details  of the high yield socks  and Bond options  held in the Capital Market .

It was also said to have beamed its searchlight  on the country’s Discount Houses  to check his transactions  history in treasury bills and how such instruments  were financed. They were said to have reached out to the Abuja Geographical  Society , AGIS,  TO Obtain the list of his properties, Vehicle Inspection Office, VIO, to know the vehicles owned by him  and to the leadership of the Nigerian Customs Service, NCS,  to know  his currency declarations for movements outside the country since he claims he travels  abroad for medication.

The Commission may have gone deep into their investigation that they  equally discovered that   he has major investments  in the ”Life  Friend Plc, Agricole, Lloyds and Pur Noble  which foreign Companies   yielding him  thousnds of dollars  annually.  The Companies , alone, according to the EFCC findings   were said to have paid $121,116 and $482,966 respectively  into his domiciliary  accounts   that were said to have yearly turn-over  of  over 55,154 Euro between  2013 and 2016. The Commission , also uncovered his choice property at Maitama, which shows his enormous wealth.

Political watchers believe that that the Commission were really out to expose his alleged Corrupt    when they noted that  the Cash flows into his accounts  could not be justified  by his  monthly salary of   about N751,082. 37 or yearly salary of N9,021,988.44.

Insiders told the Value News that  the Tribunal members had studied the report which were very convincing, an indication that the embattled  CJN , may not escape it.  Indeed, he did not escape as he was convicted by the Tribunal  on the six count charges leveled against him. In giving his ruling, Umar, the CCT  Chairman, said  the  government  had proven  beyond  a reasonable doubt  that the suspended CJN  had ”breached  the Code of Conduct for Public Officers”.

The Tribunal  members may have taken a harsher decision on him when they ” removed him as the CJN and Chairman of the NJC  and also Chairman  of the Federal Judicial Service Commission, FJSC.  The Umar led Tribunal also barred him from holding public office for  the next ten years.

The suspended CJN may not have found the Tribunal Judgment  funny as he has filed an Appeal at an Abuja Court of Appeal challenging the ruling. An aggrieved Onnoghen said  the CCT erred  in law  when ”it dismissed  his application  challenging its jurisdiction  to hear the case and thus, occasioned a miscarriage of Justice. He had also  said  that the Tribunal erred in law when it   his application  seeking the Chairman  to hands off from the case  on ground of being  ”bias”.  He is asking the Court to” set aside his Conviction  as well as  discharge and  acquaint him” . This is may be a difficult task for the Appeal Court to do as the Tribunal members and the Prosecution lawyer are full prepared to meet him and his defense lawyers at the Court to argue  out their case.

Many believe that if he had tendered his resignation letter to the President  as at the time  the NJC, five- man Committee that looked into the various petitions written against him including that of the EFCC, he would not faced the Tribunal embarassment.  There are indications that the Katsina  state born Nigerian President would keep to CCT judgment on Onnoghen because of his insistence that the institutions must be allowed to work. Recall that it was based on the recommendation of the Tribunal that he was suspended by the President last January to facilitate his trial.

While Onnoghen was convicted on Thursday,   the  EFCC, may have sent a signal to other members of the bench  to  watch it as the Commission may come after them at any time.  Take the recent case where the Commission had  re-arrested  Ofilli Ajumogobia , a dismissed Justice  of a Federal High Court in Lagos .

Giving an insider information to the rearrested  dismissed judge, Tony Oirlade, the Commission Spokes person  disclosed  that her troubles started when s he  and one Godwin Obla, a Senior Advocate of Nigeria, SAN,  were arrained  on a 30-count charge on November 28, 2016  for offences  bordering on  ”perversion of the course of Justice, graft , unlawful enrichment, providing false information and forgery”.  The charges were said to have been amended to 31. That much was confirmed by Orilade, the EFCC Spokes Person.But when the case  cme up for hearing    last Tuesday   before  Justice Hhakeem Oshodi, described as a no nonsense Judge in legal circles he disappointed EFCC officials  who were optimistic of having favourable Judgment.

But in his ruling ,  Judge  had stated that  based   on  Judicial precedent   by the case of Justice Nganjiwa Vs FRN, the High Court  lacked the  jurisdiction  to hear the suit  as the EFCC has ”jumped the gun”  in filing the first amended charge. This may have informed the reason  why Justice Ajumogobia was re-arreted by the Commission  .  Orilade said the Commission  had complied  with the NJC, procedure , stressing that it  would prefer  fresh  criminal charges  against her.