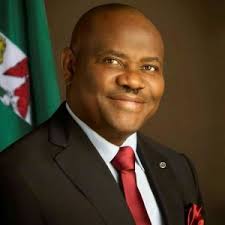 At long last, the Independent National Electoral Commission, INEC, has began the process of completing the  collation and announcement of the oil rich Rivers state  governorship and state House of Assembly results  suspended on March  on Sunday, 10, 2019, barely one day after the conduct of the election in the state by the Commission.

The collation and announcement  of the results from the local government Areas of the state was suspended , according Festus Okoye, a National Commissioner and the Commission Spokes person  because of the apparent confusion created by the soldiers and policemen  deployed to guard the Collation centre in Port Harcourt, the state capital.

The confusion created by the security operatives  may have forced the Commission officials to take over  the custody of the electoral materials to avoid being hijacked  and destroyed  by the uniform men  who were alleged to be working for the ruling All Progressive Congress, APC at the  Federal level.

The pressure on the Commission from both within and outside the country may have forced  the Commission to release a timetable table  for the completion of the electoral process in the state.

Going by the timetable ,the resumption of the  collation and announcement of the results started on Tuesday, April 2, 2019, at the Port Harcourt Collation  centre which was  agreed with the stakeholders under heavy security. The  Collation and announcement of the results with ease was a clear indication  that the results  had been ready since  March 10, 2019 but only waiting for the green light from the Heads of the various security Agencies, particularly, Ibrahim Abubakar Adamu, acting Inspector  General of Police, IGP, and Lt. Gen. Tukur Buratai, Chief of Army Staff, CAS to guarantee the security for the officials  and the party Agents that would be at the centre.

The green light  given by the duo may have encouraged  Mahmood Yakubu, a Professor and Chairman, of the Commission  to give the nod to Obio Effanga, the state Resident Electoral Commissioner, REC, and the Teddy Adias, a Professor and the  INEC appointed Returning officer to  go back to the Collation centre to complete the job  they had started on Saturday, March 9, 2019.

Effanga , and the other  Commission officials, regarded as the Administrative Staff and  Adias, the returning officer had mobilised at the Port Harcourt Collation centre on Tuesday, pril2, 2019, under heavy security in readiness to commence the process. in the state.

The fear may not be unconnected to what happened on March 10, 2019 when the exercise was suspended indefinitely. But Effanga, the state REC, may have doused the tension in the state  when he told the bewildered  Journalists who had already   gotten wind of the planned action of the Commission to halt the proceedings to broke the news to them.

He did not give any reason for the  INEC decision, fueling speculation that they may have read  the handwriting on  the wall  that  Wike, the incumbent governor of the state may win the election going by  the results  from the fifteen local Areas announced .

The APC gladiators who were allegedly calling the shot  may not have expected the wide margin which Wike, the  PDP governor of the state who  contested the election on the platform of the party was giving  Awara  Biokpomabo, of  the African Action Congress, AAC, who was said to have been  endorsed by the APC gladiators in the state. As at press time, Wike has won convincingly in 17 of the 19 local government Areas including Ikwerre,  Rotimi Amaechi, a former governor of the state and minister of Transportation  local government Area.

Awara, the AAC Candidate was said to have been endorsed by the state Chapter of the All Progressive Congress, APC,  on the orders of Amaechi,  the party leader in the state,  as his godson, Tonye Cole , a Lagos based businessman, slated  by him  to contest the election on the platform of the party was stopped by the Supreme Court because of a  case brought against  him, Cole and the  party leadership in the state   by Magnus Abe, a  Senator of Federal Republic of Nigeria and who incidentally served as Secretary to the state government under Amaechi’s  regime  before the duo decamped  to APC  from PDP   as part of the protest against then President Goodluck Jonathan’s government.

Abe and  22 other aggrieved members of the party had dragged Amaechi, the former Rivers state governor and  President Muhammadu Buhari Ally, Cole and the APC to Court to frustrate  the party  from fielding Cole and other Candidates on the minister’s list from contesting the 2019 election.  They got it right. But Amaechi  his plan B, which is gradually playing out in the state to stop Wike.

According to party sources, the minister and his  backers in Abuja, plan was to force INEC  to  organise a  Supplementary  governorship election in the state .

The Commission may have given them the impression  that there will be  a Supplementary   election   in some  Constituencies  not affected  by  litigation on April 13, 2019 on the timetable released to conclude the electoral process in the state . unknown to them  Yakubu, the INEC, Chairman, has made up his mind it that the Collation and announcement of the  governorship and state Assembly results including   the issuance of  outstanding Certificates  of return will be concluded on April 19, 2019. It was therefore a big blow to Awara, the AAC Candidate and his APC, sponsors when the Court threw it out, thus giving INEC, a relief from the Rivers state burden.

Although as at the time of writing this report, the results of three outstanding local government areas were still being awaited, but the positive dimension to the issue was that there was no reported cases of violence as it happened during the March 9, election giving the impression that the people may have heed the appeal to sheath their swords and allow peace to reign in Rivers State. But a group known as the United  Niger Delta  For Buhari, and the Coalition for Non Government Organisations in the State , which claimed to have obtained  ”police clearance  to organise a peaceful protest against the result. Anabs Sara-Igbe, leader of the protesters claimed that it was a peaceful protest  but party thugs  working for the state government turned it to be violent. ”Some boys  were hired to disrupt the protest. They came and  fired into the crowd . The government does not have respect for human lives”, he said.

Emma Okah, the state Commissioner of Information and Communications  dismissed the claim of Sara-Igbe that those  who attacked the protesters are government agents. According to him, the ”protesters had stage-managed the attack  in order to blame  it on the state government to give room to INEC to suspend the Collation and announcement of the state governorship and Assembly results from the local government Areas.

Based on the results released so far as at the time of writing this report, from all indications Governor Wike will win the election thereby ending any fear of any supplementary election as the incumbent was enjoying a comfortable lead in the 17 Local Governments Areas that were released as at early this morning. Note that Awara the AAC candidate won in Oyigbo and Akuku Toru local  governments areas. Recalled that there was violence in Akuku Toru where a senior Army officer was killed and several others injured over alleged snatching and thump printing of ballot papers with the active connivance of security operatives.

Already there is jubilation in Wike and PDP camp as they await the final declaration of the winner later today.