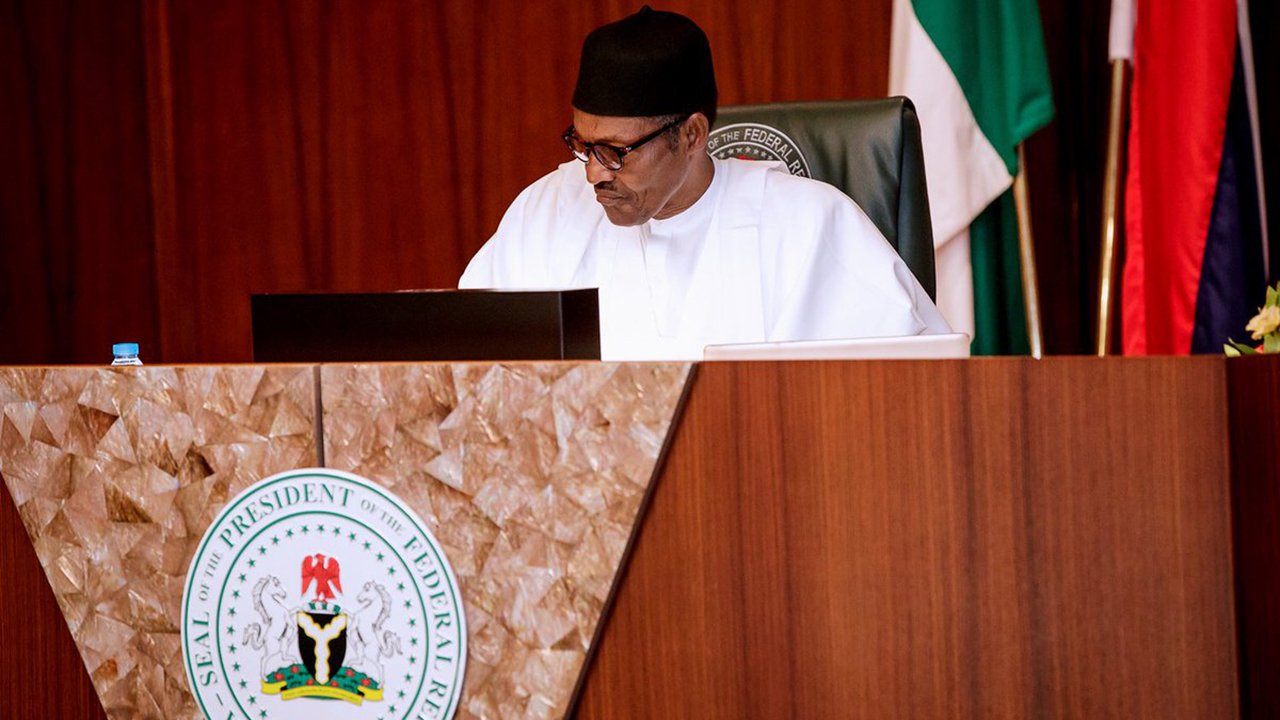 Those who think that President Muhammadu Buhari has finally  suspended the Ruga settlement Project initiated  by his government last year which  the ministry of Agriculture and Rural Development was saddled  with the  responsibility  of overseeing  would be disappointed. This is because the Katsina born Nigerian President   was  still bent on implementing the programme which, political watchers  believe  remain  a top priority of the Administration  within the next four years.

A document cited by The Value News what current the by officials of the of Agriculture and Rural Development. Given reasons for the suspension of the Project,  Abba Kyari, the President’s Chief of    said  ”it was accordance with the designs the  National Economic Council, National Food Security Council and the Federal Executive Council, FEC. This confirms what Dave Umahi, the governor of state, had   said that the current implementation of the Programme was the country’s National Livestock transformation Policy, NLTP, of the government. The by  NEC, NFSC and the FEC had, made it a voluntary and not to be imposed on any 36 states of the Federation.

The NEC, which  is currently Chaired by Yemi Osinbajo, the Vice President  and the NFSC, chaired by  Abubakar Atiku Bagudu . The two groups were said to have been mandated by the President to work out  an arrangement for the smooth take off  of the implementation of the programme in the country without any hitch.   They were  said to have  settled down for work immediately as directed by the President leading to the final report on the NLTP.

The of Agriculture  and Rural Development   under Audu Ogbe, an indigene of Benue may have tested the waters to get the feeling of the people about the Programme But found out that it was unpopular in many states    Kyari, regarded as the Head of the in the Presidency  may have tried to influence  the president to impose  the  Ruga project on the whole country but got it wrong.  The Chief of Staff on Tuesday, July 2, 2019, speaks volume.   He  had said that ”an implementation  Committee of the NLTP, comprising of  Representatives from the of Agriculture and Rural Development, NEC and NSC, will be inaugurated in due course to” oversee the delivery of the ”, an indication that the Presidency would still go ahead with the execution of the in the country.

The memo which was said to have been copied  to the office of  the Vice President;  Kayode Fayemi, governor of Ekiti state, in his Capacity as the Chairman, Nigerian Governors Forum, NG; Bagudu, Chairman NFSC and Boss Mustapha, Secretary to Government of the Federation .  Kyari ,may have  copied  the  top government  functionaries the memo   to keep them informed of the latest decision on the programme  by the President .

Political watchers believe  that the Chief of Staff  Statement suspending  the unilateral implementation of the Project  which was at the instance of the President was basically  to calm frayed nerves in different parts of the country.  Note that the Ohaneze Ndigbo, Afenifenifere, and the Middle Belt Forum, all  socio-cultural Organisations in the South east, south west and north central respectively, had been  at the vanguard  working for the non realisation of the programme in their respective regions. The groups had  seen it as an expansionist programme of the Fulanis Islimisation agenda over the years. despite the Constitutional provision that Nigeria is a secular state.

Political Observers  believe that the Chief of Staff  memo was a clear confirmation of people’s fear of the Buhari Administration’s plan to implement  the hidden agenda of alleged Isilimisation of the country through   the Ruga Settlement project. Recall that in the 2019 bugetary provision,  the government  had made an  allocation of over N26 billion   for the development of the national grazing reserves across the country  which was said to have been built into   the budget of the Supervising ministry of Agriculture  and Rural Development.

Note, that the government had  daggled enticing  carrots before the state  governors  to force them to accept the implementation of the Ruga Project in their respective states. The presidency were  said to have   listed the provision of basic social amenities with complete Sanitary facilities such as Schools, Hospitals, Road networks, Vet nary Clinics,  meat  Markets and Manufacturing entities that will process and add value to the meats and the animal products.

Between last year and now, no fewer than 13 states were said to have keyed into the Project. they are: Adamawa, plateau, Zamfara, Kano, Kaduna, Sokoto, Katsina, Kebbi, Gombe, Niger and Kogi states.  Benue and Tarabs states, which were initially listed as having accepted by  the Ruga Settlement Programme had denied it.  Babagana Umara Zulum, a professor and  governor of borno state, may have made a mockery of the programme  when he was said to given the government the Sambisa forest to use for the Ruga Settlement Project.

Zulum may have had it at the back of his mind that the government would not take the Sambisa for such a multimillion project because of the  activities of the Islamic Funadamentalists, BokoHaram, and the Islamic State of West African Province, ISWAP, in the forest.  Many believe that the Borno state govrnnor has clearly sent a message to to the Presidency that the state was not ready for the Ruga Settlement Project.

Political watchers  believe that  since the plan  of the Buhari Administration  to implement  the Ruga Settlement Project  in Benue and Taraba, appears to have hit the rocks because of the strong opposition of  the people with backing of their  respective state gvernors, particular, Samuel Ortom of Benue state, the Presidency nd the ministry of Agriculture and Rural Development officials may have gone back to the drawing board to see how to get the  states to accept the programme.

The Presidency, according to sources, believes that the two states needed the Ruga Settlement project much more than any other state because of the frequent clashes between herdsmen and farmers which led to the death of thousands of people. An indigene of Tomata Community in  Guma Local  government Area of Benue stateo told The Magazine that they would prefer to die than give any inch of the land  for the Ruga Settlement Project even if Ortom, the state governor succumbs to the Presidency  blackmail to accept it to be implemented in the state. Indeed this is the thinking of the people of Benue state  in general. Many believe that the people of the state have been radicalised with the government Ruga Settlement  pet project as they speak with one voice: NO to Ruga Settlement Project.