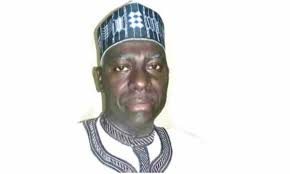 The Opposition Peoples Democratic Party, PDP, has expressed fear of Nigeria sliding to dictatorship . This is because of the alleged recent  invasion of the a Federal High Court  at Abuja, the  Federal Capital  Territory, FCT, by the Department of State Security, DSS, Operatives, in a bid  to re-arrest Omoyele Sowore, Convener of Revolution Now,as the Nigeria Bar Association, NBA,  described the act as ‘’legendary an unrivaled’ in the country’s history. The treatment allegedly meted to the activist by the DSS operatives in the Court speaks volume.

The argument in both  official and unofficial circles, was that President Muhammadu Buhari, of the ruling All Progressive Congress, APC, was instrumental to the re-arrest of the detained  activist for daring him. But Garba Shehu, a senior Special Assistant to the Katsina state born Nigerian President  on Media and Publicity,  says the DSS,  does not necessarily  need  the permission  the Presidency  in all cases to carry out ‘’its essential responsibilities that are laid down in the Constitution which was  the foundation  for the restoration  of democracy  in the country in 1999’’.

The Presidential Aide, was said to have told those that cares to listen   that Sowore’s re-arrest  was not  unexpected , noting that ‘’he was  a person of interest to the agency as the Convener of the Revolution  to ‘’overthrow  a democratically  elected government of Nigeria’’

He may have given an insight to the DSS re-arrest of the activist, when he said that  the government  will not allow  anybody to openly  call for  the destabilization of the country  and get away. The government major worry , he seems to have  alluded was the fact  that Sowore  was the Presidential Candidate of  the African Action Congress, AAC, one of the parties, that contested   the  February 26, 2019, Presidential election , conducted by Mahmood Yakubu, a Professor , led Independent National Electoral Commission, INEC, on.

It was not surprising  why  Peter Ifunanya,  spokesperson, DSSS  may have tried to clear the air over   the activist  arrest , stressing that  ‘’he was taken  into  custody  for allegedly  resorting  to calling  for violence , forceful  takeover  f government   and suspected  transnational illegal activities’’.

The DSS spokesperson  had said  that the  is ‘’facing trial, not as  an activist , Journalist or Politician’’. He stated  that he was re-arrested shortly after being released by the Court last Friday, for ‘’resorting to ‘’acts inimical  to the country’s security’’, but ,however, failed to open up on what  those acts were.

Indeed, contrary to reports making the round that Sowore  was  arrested in the Court, Ifunanya  denied the allegation, stressing that  ‘it was committed to the discharge   of its mandate  of protecting  and preventing  threats  against the internal security of the nation’’.

He assured Nigerians that  the agency  would continue  to support  the country’s democracy which is anchored on the Rule of Law but would do everything within its powers to ensure that   ‘’efforts  by  anti-democratic forces were frustrated’’.  This may have informed why it re-arrested Sowore.

In spite of the fact that the DSS  had denied invading the Abuja High Court to re-arrest, AAC, former Presidential Candidate,  the National Human Rights Commission, NHRC, under the close watch of Tony Ojukwu,  may not  have been impressed by the conduct of the DSS Operatives  in the Court.

Ojukwu, the NHC, boss , appears to have contradicted the DSS, claims when he  said  the ‘’Commission watched with dismay  the conduct  of the law enforcement officers  in the Court and condemned it in its entire action’. ’Ojukwu, who could not hide his feelings had warned  that ‘’impunity  by law enforcement officers  cannot  be indulged  in the country’s democracy  because’’ impunity  uproots  the very foundation  of our Constitution and Democracy’’.

It was not surprising why  has called for the reorientation of the law enforcement officers  in order  to be law abiding in the discharge of their duties  instead of seeing themselves as being ‘’ above the law’’. As a prelude to ensuring that  the Abuja High Court  incident would not repeat itself in the future.

The NHC, helmsman , was said to have also called  for the  arrest  and trial  of the DSS Operatives   involved the Abuja  Court invasion in order to serve as a reminder to all law enforcement officers  that ‘’they must obey  the law  in carrying out  their law enforcement duties’’.

Wole Soyinka, a Professor and Nobel  Laureate,  may have joined the NHC, boss  to condemn, the DSS , operatives   who had stormed the Abuja High Court  with   about three pickups  trucks, ostensibly to re-arrest  Sowore. Appealing to the  President to call the DSS operatives to order, he had  likened the Abuja High Court incident  to what he  called ‘’lessons  from the African  Wild Dog’’. An angry Soyinka had  warned the government  to ‘’uphold  and respect  Judicial institutions  in order  to prevent  the present  situation  from  degenerating into  chaos’’.

Recall that the DSS , had released Sowore,  last Thursday, on bail after disregarding two Court Orders to do so but re-arrested and detained him on Friday, December, 6, 2019. The re-arrest and detention of the activist appears to have attracted the attention of the Unite States, US, government.

The  US , State Department may have spoken the mind  of President  Donald Trump when  ‘’it urged the Nigerian government  to ‘’respect the Rule of Law , judicial Independence , political and Media freedom’’ and release Sowore.

Meanwhile,  Femi Falana, a  senior Advocate of Nigeria, SAN, and  the activist  Lawyer, has called for his  release from the DSS custody. But whether the DSS,  would  release him or not  remain to be seen.