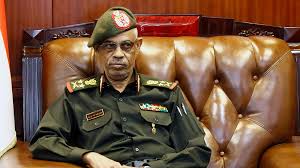 Barely 24 hours after the  protesters  in the eastern  city of Atbara and other major cities in Sudan , forced the  collapse of the Omar al-Bashir, regime, after a government decision to triple  the price of bread the in the country, the protest movement   scored another  major victory. this time around the military  moved to replace   the Ahmed   Awad  Ibn Auf led military Council.

The situation was so bad that the economy was getting worse daily  from the  four months  old  protest that   the transitional council members including Auf, have no option but  to back out to avoid throwing the country into civil war. The anger of the protesters was that   Auf, the Defense minister and the  other members of the transitional council  were too ”close  to former President  Bashir, an indication that they were chips of the old block and therefore should  not be allowed to stay in power for two years, followed by an election.

Giving that the protesters were not ready to call it off, Auf, who  may not be as popular as al- Bashir was also forced to step down  as head  of the ruling military transitional council.  ”I  General Awad  Ibn Auf a I am  giving up the post”.  According to him, he took the decision to” preserve  the unity of the armed forces”.  He had named  Lt. General Abdel Fatah Aderlrahman Burhan, who has no link with the Bashir discredited regime as  the new head of the military  council.

The  Sudanese  Professionals Association, SPA, which had mid-wifed the four months- old   protests that forced al-Bashir out of office  were said to have welcomed  Auf’s resignation  as a” triumph of the  will of the masses”. The resignation of Auf, political Observers said  may not have  signaled the end of the crisis  in the Islamic country  as the group   were said to have enjoined the people  to continue  the sit-in  outside  the army headquarters  in Khartoun, the country’s Capital and only  take to the streets   outside  the military’s various garrisons  throughout the country.

In spite of assurances  by the  ruling  military council’s  claim  that it had no ambitions  to hang on to power for too long, the SPA  could not take it as  it  insists that the  military council  must hand over power  to a civilian transition government.

There are fears  that  the United Nations, UN,  Security Council might sanction Sudan , over the truncating of democracy in the country.  But Christopher  Heusgen,  Germany Ambassador to the United Nations and President of  the Security Council  reportedly said the fifteen body members  had agreed  to monitor  the situation  in the country  following a closed door  briefing . Heusgen  disclosed   that the Council  will not announce  any action against Sudan for now  as the body is still dealing with the issue.

Aware that the international Community are watching to see the next line of action of the Burhan led transitional council  towards the restoration of democracy in the country,  he was said  to have asked all the ”political forces ” in the country  to name two  representatives   today ( Saturday, 13, 2019,  for a dialogue  on the country’s transition process.

Given that  the military might want to use force  on the protesters  to remain in power,  Michelle Bachelet,  the UN, High Commissioner  for Human Rights , has  warned the Sudanese military to refrain from using force  against  the protesters.  Bachelet, who is closely monitoring   the  situation in Sudan,  has said to have   urged   the Sudanese Authorities to  release  all those detained  for their exercise  of ” freedom of  peaceful Assembly and expression” while protesting.

Bachelete  traced the  roots of the crisis to Sudan   to human  grievances, economic, social, civil and political  violations. The solution, he said  must also be founded in  Human Rights protection. Agency reports  has it that  Bashir, the former Sudanese President who  was indicted  by the International Criminal Court , ICC, on charges  of wr crimes  and Crimes against  humanity  over the Dafur conflict would be dragged to Hague, to face the charges.

The  Sudanese crisis  may have forced President Muhammadu Buhari  to summon the country’s security chiefs  to a closed door meeting  on Thursday, April 11, 2019,   to address  the worsening  security situation  in Zamfara and other states in the mineral rich north western geo-political region.  He was said to have ordered  the military chiefs  to ”immediately and ruthlessly  deal with the bandits in the region before it spread to other regions which create  nationwide crisis.  Many believe that he is taking a proactive decision to forestall what is happening in Sudan from happening in Nigeria over the 2019 Presidential election which is still being contested by Atiku Abubakar, the Presidental Candidate of the People’s democratic Party.