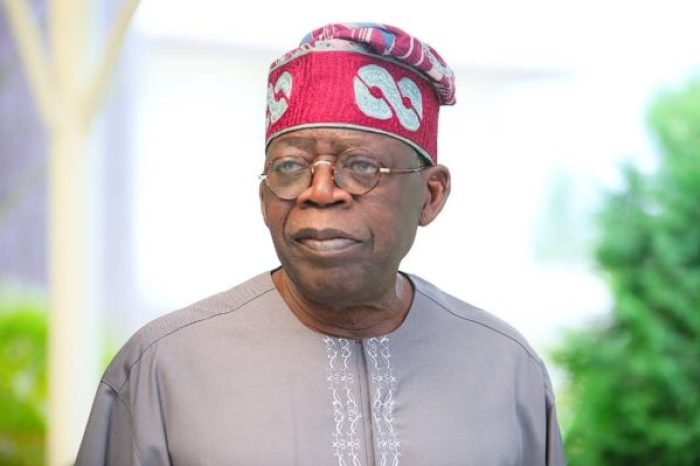 The last may not have been heard about Amina Zakari appointment into the Independent National Electoral Commisssion, INEC, by for former President Goodluck Jonathan. The information making the round  was that President Muhammadu Buhari was instrumental to the appointment based on the request of Jonathan , the then President to nominate someone to represent the northwest in the Commission.

Junaid Mohammed, a Kano state born second Republic Law maker had said that Buhari had pushed for her appointment because of their blood relationship. But Yinka Odumakin, spokes person of the Yoruba socio- Cultural Organisation, Afenifere and a former close ally of the Katsina said born President said Zakari’s appointment into the Commission has nothing to do with Buhari as alleged in certain quarters.

Odumaki reportedly said that Nasir El-rufai, a former minister of the Federal Capital Territory, FCT, under for President Olusegun Obasanjo and now governor of Kaduna state, was the one that master-minded her engagement into INEC by then erstwhile President Jonathan. ”I have read of accounts where it was stated  that President Buhari nominated Zakari into INEC. It was not Buhari but El-rufai, the governor of Kaduna state , who nominated her”, he had said.

He was silent whether El-Rufai, the Kaduna state governor was fronting for Buhari who do not believe in going to solicit for favour from any one  because of his carriage. Many believe that he may have pleaded with the former minister who has become his close political ally to push for Zakari appoint into the Commission to represent both his interest and the north western geo-political region interest.

The Afenifere Spokesman, who could no longer conceal the information when he appeared  as a guest  on ”Channel’s Sunrise Daily’, disclosed”, that he took advantage of his closeness to the Jonathan Administration to collect her CV from, El-Rufai, which was forwarded to the Presidency  through late Oronto Douglas, the then Special Adviser to President Jonathan on Strategy and Research for consideration and appointment into the Electoral umpire.

He disclosed that the former Bayelsa state born President major concern was to give Nigerians a ”free, fair and credible 2015 Presidential election that would be acceptable to all the Candidates and attested to be credible all over the world that he did not want to know the individuals appointed into the Commission person. He noted that the former President  beyond seeing her name on the list of those to be appointed into the Commission did not wish she was. The same thing was applicable to Jega, a Professor and then Chairman of the Commission.

It was not surprising why political watchers see the 2015, Presidential election as a grand Conspiracy between the top echelon of INEC, epitomised by Jega and Zakari , to ensure that Jonathan, the then People’s democratic Party, PDP, seeking re-election was not returned to power. They  had their way.

Atiku Abubakar, the PDP Candidate in the 2019 Presidential election may have learnt from the mistakes of Jonathan that he is not ready to give room to the ruling All Progressive Congress, APC, to rig him out in the election. The Turaki of Adamawa who is not taking chances as he sees the February 16, 2019, Presidential as his last opportunity to rule the country with the endorsement of Olusegun Obasanjo, a former President, Ibrahim Babangida, a former military President and the retired Army Generals. It was not surprising why the party through Kola Ologboniyan, the  Director of Media and Publicity,  at the instance of the Atiku Campaign Council Headed by Bukola Saraki, a former governor of Kwara state and now Senate President , has piled up pressure on Buhari to sack the INEC  Chieftain if he is sincere with his promise not to interfere with the election. The Atiku Campaign Council have every reason to worry because of the news making the round that  she is a blood relation of Buhari , which the Presidency may have confirmed because of the inter marriage that occurred in extended families in the north.

Given the controversy surrounding  her appointment by Mahmood Yakubu, a Professor and current INEC Chairman as the Chairman, National Collation Center and Logistics, which was said to be at the instance of the Presidency, Odumaki , who could not hide his feelings said the only option available for the Jigawa state born INEC official is to” resign honourably from her position” to save the government from further embrassment. This may be the last decision that may be taken by her to avoid disappointing El-rufai, his former boss, at FCT, and now  a serving APC governor in Kaduna state.

Many believe that the President may not want to interfere with the Presidential election but that could not be said of his aides, particular El-rufai or Ahmed Bola Tinubu, a former governor of Lagos state, who has been appointed the Chairman , Buhari  Presidential Campaign Council.

Tinubu may not have shown any interest initially to be fully involved in the Buhari Presidential Campaign because of the past experience where he had worked for others to benefit, but pressure pilled on him by party  Chieftains and appeal by the President to him to step in to save the party from losing the election may have forced him to accept the responsibility.

The president may have known that allowing him to be the alternate Chairman of the Presidential Campaign Council may not get the best in him in the election that he insists he must accept the Chairmanship of the Council.  The President is enthused with his strong hold in the south west that he could decide  who will be elected governor in the south west, particular Lagos and Osun states. Moreso, he could turn the table in favour of any Presidential Candidate in region. Political observers believe that Buhari may have given the appointment to give a close match because of the rumour making the round that he may support Atiku, the PDP Presidential Candidate at the last minute as he did to former President Goodluck Jonathan in the 2015 Presidential election.

Perhaps, to ensure that the  Buhari Presidential Council members as being speculated in certain quarters, Odumaki, the Afenifere Chieftain, said both local and International observers have important role to play in the coming elections in the country. He disclosed that for transparency  in the polls, the Observer groups must be  granted access into the Commission situation room by Yakubu, the Chairman.

He insists that INEC officials could not guarantee a free, fair and credible election if political observer groups are left out from the collation center where a full overview of the Presidential and the other elections can accurately be obtained.

The Afenifere Image maker maintained that if the INEC boss believes the Commission has nothing to hide,  observer groups should  be able  to observe  every phase  of the process” on the election day”.  This may be difficult to grant by the INEC boss to avoid giving out conflicting figures to the public  which may make  the Presidential election inconclusive and thus throw the country into confusion.