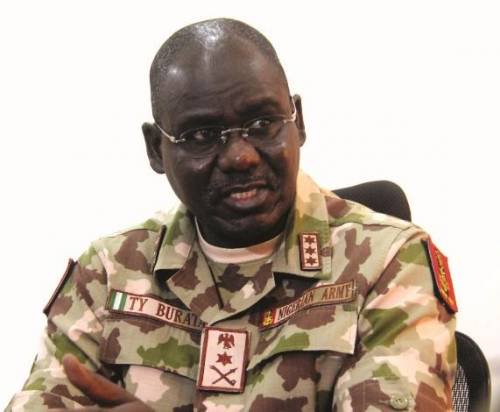 Hopes of the Nigerian Army and the Multinational Joint Task Force, MNJTF,  sponsored by Nigeria, Niger , Chad and Cameroon, flushing out the Islamic Fundamentalist group, popular, Boko Haram, from the north east geo-political  region and the Chad  Basin  appears slim. This is because of  the involvement of the dreaded  Islamic state, ISIS, fighters, in the war.

by The Value News shows that the war in Syria and Iraq, both countries in the Middle have been prolonged over the years because the ISI fighters had penetrated the ranks of the  Islamic the regular Army in the Recall the last one decade,  former President Goodluck Jonathan and his successor, President Muhammadu have had the impression that the war being waged in  Nigeria was entirely being fought by Boko Haram fighters    alone.

The Katsina born Nigerian  has vowed to flush out the terrorists from the Nigerian soil by properly  military to take on the Insurgents may have the ISIS,   speak out that behind on the Insurgents in the north east. The recent attack  on the 158 bBattalion location in  Kareto village of Mobbar local government  Area of Borno state speaks volume.  The  Syria and Iraq, based ISIS, fighters had claimed  that its affiliate wing in West Africa,  the Islamic  State of West Africa, ISWA,  which split  from the BokoHaram group in 2016, as responsible for the attack on the military base.   The group  also claimed  to have carried out  most of the  attacks in the region  that left may people dead homeless in the last five months. The ISIS backed ISWA, had  said that  they killed over 20 soldiers  in the Kareto attack. The situation may have been made worse as several officers were still missing and the whereabout of  the Commanding officer of  the Battalion, residents confirmed is still unknown.

The ISWA  fighters  were said to have also  attcked  Mararrabar Kimba, military base , about  45 Km , from the fishing town of Biu, driving   scores of pick – up trucks fitted   with  heavy maachine gun at the back . This is in addition to  three Armoured  personnel carriers, APC,  that were said to have been stolen  from the Nigerian soldiers or the MNJTF, that accompanied the ISWA , fighters for the operation.

Eyewitness said the troops put up a  good fight  but were however outgunned  and overwhelmed by the superior fire power of the ISIS backed  ISWA  fighters. The source confirmed that the military base eventual fell  into the hands of the terrorists  who saw it as an opportunity  to cart away weapons and  fled to avoid a counter-attack.

Recall that the ISWA  fighters ,  which sources confirmed eight soldiers were killed, last January.  The military convoy attacked by the said to have on January 30, 2019.

The continued attack on military bases in the north east may have form forced the   Nigeria Air Force, NAF, to full enter into the war, to support the ground troops. Note that in recent weeks,  the coalition forces  involving   Nigeria,, Niger, Chad and Cameroon, have pounded BokoHaram, particular,  hideouts  in the Lake Chad Basin Area, with Air raids, to support ground assaults. Many described the raids as ”operation no mercy”.  This is because   Buhari and his counterparts in Niger, Cameroon, Niger and Chad, are in a hurry to end the  Insurgent  operations in the north eastern part of Nigeria, comprising of Adamawa, Borno and Yobe states which shares boundary, with Cameroon, Chad and Niger.

Only recently,  troops of  the Air Strike Force, ATF, of the  Operation Lafiya Dole, launched  an aid raid  to smoke the terrorists comprising of Boko Haram and  the ISIS backed ISWA  in the Sambisa Forest . Ibikunle Daramola, an Airforce Commodore ,  and Director of Public Relations and Information NAF, said the  raid was carried  out on Sunday, June 16, 2019.  Daramola disclosed that  the raid was carried out after ”persistent  intelligence, surveillance and Reconnaissance, ISR, missions ” revealed  heavy presence  of BokoHaram terrorists at a new  camp  with several infrastructures hidden under  the thick  foliage  of the forest.

The Air Force Commodore said  the ATF, has no option but to quickly  dispatch an Alpha  Jet to attack  the location. He confirmed that that the  Alpha Jet bombs  hit the target area with devastating effects  on several of the Comouflage structures, neutralising  the the Boko Haram occupants. Aware that the Insurgents might want to regroup in the forest,  he assured that  the troops will continually sustain  the effort to completely   degrade the BokoHaram  terrorists  in the north east.

Perhaps, worried by the loss  of lives and  destruction of weapons  in the Sambissa  forest due to the ATF, raid, last Sunday,  the aggrieved Insurgents were said to  have carried out a tripple suicide bomb attack  in Konduga, where football fans were said to be watching  a match on TV,  in a public place. Note that  Konduga,   is about  38 Km , from Maiduguri, the state Capita, Maiduguri.

The triple Bomb attack may have caught the security agencies unaware  as  the death toll from the incident was said to have increased to about  30 and an additional 40 people wounded. That much was confirmed  by Usman Kachalla, Head of Operations  of the State Emergency Management  Agency, SEMA.

Bystanders said the toll would have been more  than the 30,  if  the owner of the Hall where the public TV, was mounted had not prevented   one of the suicide bombers  from entering the packed venue. It was learnt that there was a heated argument  between the operator  and the bomber, who could no longer bear it that he quickly blew  himself up  in the process. The death witnessed  at the suicide bomb attacks were said to have been recorded   outside  the soccer viewing center. The two other  bombers who could not  enter the viewing Hall, were said to have detonated  the bomb when they mingled among  the crowd at a tea stall nearby.

Kachalla , who could not hide his feelings  opined that  ”lack of appropriate  health facility to handle  huge  emergency situations  and the delay  in obtaining security clearance” to enable  the agency o deploy  from Maiduguri in good time health personnel is their major problem.

The last time there was  such a suicide bomb  at attack  in the state was last April when  two female  suicide bombers allegedly blew  themselves up  outside  the garrison town of  Monguno,  allegedly killing a soldier and injuring another one including a vigilante who also lost his life to the suicide bomb attack.

In spite of the  intensified attack on military bases by the Insurgents  and return to suicide bomb attacks, the Katsina state born Nigerian President has given the Tukur Buratai, a Lt General and Chief of Army Staff, and  his counterpart in the Air Force, Ibrahim Sadiq, an Air Marshall  and of Chief  of Staff, a marching order never to give a breather to the Insurgents but ensure that they are completely degraded that they cannot longer  be able  to regroup to carry any attack on military bases any longer.