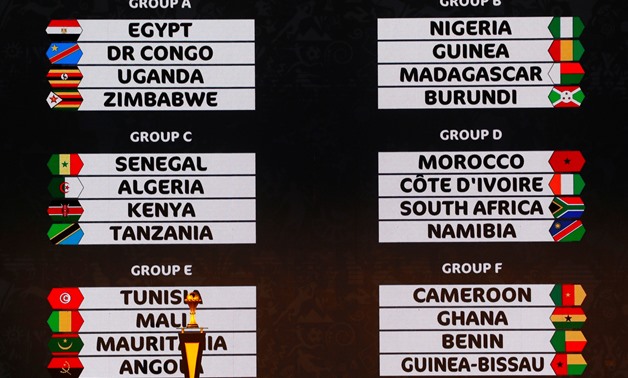 For the Super Eagles of Nigeria, the outcome of the draws held in Cairo, Egypt is a sweet tale to tell. This is because Nigeria has been group in what football analysts and even Nigerians agree is a relatively easier group.

Nigeria is in drawn in Group A alongside Guinea, Burundi and Madagascar one of the minnows in this year edition of African Cup

In contrast, the South Africa is in Group D which has already been labeled ‘Group of Death’ by football enthusiasts. The Bafana Bafana as the South African team is called has been paired with two former African Cup of Nation winners, Morocco and Ivory Coast with Namibia completing the four teams in the Group.

The expanded 24 –team tournament which is the 32nd edition will kick off on Friday June 21 WITH HOST Egypt taking on Zimbabwe. The competition will hold in six venues namely, Cairo International Stadium which will hold the open and final matches, Borg El-Arab Stadium, Alexanria, Suez, Air Defence Stadium and Al Salam Stadium.

The final match will take place on July 19, 2019 when a winner will emerge.

The final group draw results are as follows: