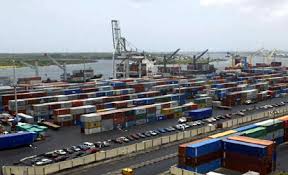 Agitated Freight Forwarders are currently spoiling for a war with the Nigerian Ports Authority, NPA, over what they called the failed call-up system  of the agency.

The freight forwarders , who congregated under a common platform, observed that the collapse of the call-up system introduced by NPA to sanitise and streamline truck access to the port, has thrown up huge operational challenges that are threatening to muzzle them out of business

Tanko Ibrahim, the Vice-President , Western Zone of the National Association of Government Approved Freight Forwarders,NAGAFF, who was said to have  rallied together all the freight forwarders in other sister associations, had said that  the terminals operators, shipping companies and the Presidential TaskTteam, PTT, on the Apapa traffic gridlock have all cashed in on the chaos that had  resulted from the failed call-up system to subject freight forwarders to unwarranted extortion and harassment.

Ibrahim disclosed that as a result of these challenges, the concerned freight forwarders have written to the  authority to convene a meeting of the relevant stakeholders to address the problems.He noted that ‘’the  NPA call-up system had collapsed due to the failure  of the shipping companies to adhere to theAuthority  directive to have holding bays’’.

He further stated that  the terminal operators, especially the APMT, which takes in the highest number of trucks, lacks adequate cargo handling equipment which had  made trucks cleared to access the terminal as they get stranded at the gate, thereby causing long queues on the access roads” .

According to him, this development has now created traffic nightmare on the port access roads which has thrown up lots of challenges. An aggrieved Ibrahim said  the PTT, has cashed in on the situation to ‘’subject truckers to mindless extortion’’.

” He alleged that  they now demand the sum of N200,000 per truck before they are given access into the port. Given an insider information, he said ‘’They humiliate, molest and harass truck ‘drivers in the course of perpetrating this illegality. “Consequently, these truckers build in these  unreceipted charges to the cost of evacuating our containers out of the ports’’, he added.

This is evident going by  the exorbitant cost of transferring Containers from the  ports to the terminals outside the port. “Take for instance,  to transfer  port a 40 ft container from Apapa to ASPANDA on the  Lagos- Badagry road, they charge N700,000 .00 against  the initial N50,000-N80,000 cost.”

He noted that  as a result of the gridlock, the shipping companies also slam on them huge and unwarranted demurrage charges, while their containers deposits are usually mutilated when returned .

More worrisome, the freight forwarders complained that their Terminal Delivery Order, TDO, issued by the shipping companies usually get expired as truck drivers are perpetually entangled in the traffic mayhem.

He lamented that the Shipping companies would always  insist on revalidation of the TDO at a cost, which they consider as outrageous. “These operational challenges thrown up by the gridlock have placed additional financial burden on the freight forwarders and their principals due to no fault of theirs, he remarked.

Last week, the concerned freight forwarders who had  convened a meeting in Lagos,  where they were aid to have  invited the NPA, Nigerian Shippers ‘Council, NSC, Shipping Companies , Terminal operators , NARTO, AMATO, Maritime Police and all the freight forwarding associations of ANLCA, NAGAFF, AREFF, National Council of Managing Directors of Licensed Customs Agents,, NCMDLCA, and relevant industry stakeholders in order to find a lasting solution to the Apapa grid and extortion by security operatives..

And Insider  informe The Value News that  NPA, NSC, and the various freight  forwarders Associations had  honoured the invitation for the meeting, the shipping companies and terminal operators, who were said to be the major   the major culprits of these illegalities, had  stayed away, which the Converners of the meeting did not find funny..

This may have informed why  the agents have  asked the NPA management to convene another meeting where all the stakeholders, including the recalcitrant shipping companies and terminal operators, would be compelled to attend. They  may have resolved to ask the Authority  to do so as the regulatory agency, which  have enough clout to compel the terminal operators and the shiping Companies officials to attend.

The Magazine learnt  that   Ibrahim and his group have already  sent letter addressed to the NPA Executive Director, Marine and Operations, requesting that as a matter of urgency, it should convene an urgent summit of all the stakeholders in the industry to address the identified operational challenges.

In the letter, which receipt was  said to have been acknowledged by NPA on November 29th, 2019,  may  have emboldened the group to warn that if the Authority   fail  to convene the meeting  “to forestall further restiveness at the port  before it snowballs into an unmanageable crisis ‘’They would not  hesitate to withdraw their services which have a telling effect the various government agencies  and other stake stakes which depend on cargo traffic  at the port for their revenue generation including the Nigerian Customs Service, NCS.

It is not surprising why the group has given the Hajia Hadiza Bala Usman led  NPA a 21-day ultimatum from the day the Authority  received its  letter, to convene  meeting to address their Complaints to avoid throwing the ports into  chaos.

Meanwhile, Kayode Opeifa, Vice Chairman, PTT, Apapa Traffic, has dismissed the allegation of extortion against the Team, describing it as baseless and an attempt to blackmail them.

“It is corruption fighting back” he declared .He  insists that  it is pure mischief and uncharitable to ascribe access clearance for trucks to enter the terminals to the  team.

“That is not our responsibility. It is the responsibility of the NPA to issue call up notice to the truckers”‘ Opeifa maintained.

He disclosed that  the claims by the  freight  forwarders that truckers  pay N200,000 as bribe to enter the port is blatant lie and an attempt to justify the huge charges the  truckers put on their services.”Who do they give the money to? It is a trump up allegation by the freight forwarders to extort their principals” Opeifa noted.