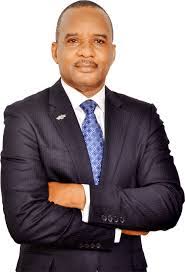 This is not best of times for shipping Companies engaged in Cabotage trade. The Companies may have been using their  vessels in coastal and inland waters trade without showing any sign of registering it or renewing License to make it a valid business from the Nigerian Maritime Administration and Safety Agency under the close watch of Bashir Jamoh.

Investigations by the Value News shows that most of the vessels found in  the country’s coastal and Inland waters  Ways   owned by the  Shipping Companies had expired. The situation is so bad as  some of the  vessels have not been registered by NIMASA, to make their operation in Nigerian waters valid, thus denying the government the much needed revenue.

The change in the leadership of the Maritime Regulatory  agency last March by President Muhammadu Buhari, which saw Bashir taking over from Dakuku Petrside, the former Director General,  may have exposed the shipping Companies and the Cabotage vessel owners, which may have informed why the new NIMASA Director General had revisit  the issue to ensure that the  ship  owners  do the right thing.

The NIMASA Director General who is not happy at the lackadaisical attitude of the shipping Companies to take serious the  renewal  their vessel license, in order to operate in Nigerian waters and the Gulf of Guinea  was said to have necessitated  the riot  which he had to the ship owners  to force them to renew their vessel   license  to avoid playing into the waiting hands of the security Agencies personnel patrolling Nigerian waters.

A  no nonsense Jamoh, had given the Companies , between October and   and Decmber 31, 2020,  an interval of three months, to make haste to register all their  vessels used in coastal and inland  waters trade.  He has enjoined the Companies to take advantage of the three-month Ultimatum to obtain the Certificate  for the Cabotage vessel  registration and License to show that they had fulfilled all the necessary conditions to trade in the country’s coastal inland waters. The  NIMASA  Director General  may have sent a signal to the ship owners  that the three- month Ultimatum given to them to complete the  registration exercise and renew their vessel licenses which had expired   would not be extended.

He was said to have made it clear to those that cares to listen that ‘’at the expiration of the three-month ultimatum, he will not hesitate to notify the relevant government security agencies and the International oil Companies, IOCs,  to stop patronising the services of the shipping Companies which  vessels  had no valid Cabotage  certificates

. THe may have had the Nigerian Navy, under the close  watch of ibok Ekwe Ibas, a Vice Admiral, and the Marine police, which is a Unit, under the Nigerian Police Force, NPF, under the control and supervision of  Mohammed Adamu  to enforce the new order. He may have hinged his hope on the Navy and the other security agencies to help in the Enforcement of the Enforcement of the Cabotage Act because  the inter-agency  security Collaboration.

The NIMASA boss  after the release  of the agency  marine notice, recently, was said to have  informed  the ship owners that the three- month Ultimatum   was part  of the agency efforts ‘’to ensure the strict  enforcement  of the coastal and inland  shipping,Cabotag, Act 2003 and guidelines on the Implementation  of the coastal and inland  shipping ,Cabotage, Act 2003.

The NIMASA , helmsman , who could not hide his feelings  was said to have  reminded the  Cabotage vessel  owners  about what the  Cabotage  Act says. According to him, the law had provided  that ’’ every vessel intended  for use  in domestic trade in Nigerian waters   must be duly  registered  by the Registrar of ships’’ in the Agency’’.

He noted that the law also provides that every vessel that is intended for use  under the Cabotage Act  must be duly registered  in the appropriate register and  that the operational Certificates must be renewed  annually’’.  ‘’We are out to ensure  strict  implementation  of the NIMASA ‘s mandate under the law’’, he had said.

He may have gladdened the heart of Nigerians when he disclosed  that  the agency  intention of implementing the law   is basically ‘’to build  and enhance  the capacity  of indigenous ship owners to take  over the nation’s shipping industry from the Foreign shipping Companies which had dominated the shipping Industry over the years   in line with  the relevant  international regulations.

Many believe that the NIMASA Director General may have hastened efforts to implement  the Cabotage Act  because of the presidential approval  for the disbursement of the $200 million  Cabotage Vessel Financing Fund, CVFF, to the indigenous ship owners after 15 years of delay.  A Committee which was set up by Rotimi Amaechi, the minister of Transportation, which Jamoh, in his  capacity as the Director General of NIMASA, had taken over the place  ofDakuku Peterside, the former Director General to draft the modalities  for the disbursement of the Fund according to insider sources, was said to have almost completed the assignment.

Recall that last February , the stakeholders in the nation’s shipping Industry   had converged in Lagos  to determine  the modalities   for the disbursement of  the $200 million CVFF. Until his removal from office by the retired Army General, Perside, the former NIMASA Director General  was said to  have  worked  effortlessly to  see to it that a  draft of the modalities for the disbursement of the Fund was submitted the minister  for necessary Consideration  but that was how far he could go

. Jamoh , who, many believe  is not resting in his oars, was said to have  taken  up the matter from  where  the Committee which had Peterside, the former Director General as Chairman, had stopped. It is not surprising why he wants to ensure that only the vessels  with valid Certificates and License should be used for the Cabotage trade.

The CVFF was established  under the Cabotage  and Inland shiiping Act, 2003, by former President Olusegun Obasanjo, to provide  finance  to operators to maintain  their vessels and procure new one ones for the Cabotate trade.

Philip Kaynet, a Deputy Director, and Head of NIMASA, Corporate Communications had said that  International Association of Independent  Tanker Owners, INTERTANKO, and the Nigerian Ship-owners Association,   were  also part of the Thursday meeting.

The objective of  the NIWG, according to  Kaynet, the NIMASA spokesperson,  is basically ‘’ to accelerate  efforts  to tackle  the nations maritime domain security threats  by facilitating interaction  between stakeholders with the Jamoh led maritime Agency’’. Note that the agency had shouldered the responsibility alone, of  funding the security of the nation’s  maritime  domain  over the last 20  years.

Part of the agreement that was said to have been reached at the Thursday meeting in Lagos by the Industry  stakeholders,  was the pursuance of  the execution of projects  through mutual Collaboration. This is in addition to enhancing  the  transparency  between the  government and the  industry stakeholders in addressing  the shared goal of achieving permanent prevention of Piracy and other criminal activities in Nigerian waters and the Gulf of Guinea.

Maritime  analysts  believe  that the Collaboration between the Industry   stakeholders and NIMASA will go a long way in ensuring the  safety of seafarers and ocean- going vessels in the Gulf of Guinea region.

The analysts  stated that the Collaboration of the Industry stakeholders will help Nigeria and other coastal states  in the Eastern Gulf of Guinea to realise  the full potential of their Blue Economies. The Value News  gathered that since the  establishment of the  NIWG, last May , it had deepened he Collaboration  between the agencies and the Navy ‘’ to build International Response Capabilities, develop more robust  reporting frameworks and share the  best practices in the Industry’’ to enhance the security of the nation’s maritime domain.  This had made it difficult for the pirates to attack  occea –going vessels at Gulf of Guinea as was the case in the past.

The good news is that at the Regulatory level, NIMASA,  is working directly  with the International Maritime Organisation , IMO, in developing  a National Maritime Security  Strategy for the country.  Recall that the agency had domesticated   one of the Industry’s Best Management Practices,  West Africa, BMP WA, guidance .

The endorsement of the BMP WA, according to the agency sources is a follow up  to the signing into Law last June by President Buhari of the  Suppression  of Piracy  and Other Maritime Ofences  Act, 2019, SPOMO Act. Indeed, the first set of Pirates arrested, by the Navy and handed over to NIMASA,  were said to have been convicted  under  under  the anti-piracy law  on August 11, 2020. The three convicted pirates were also fined $52,000 each for hijacking MV Elobey, a tanker, on March 21, 2020, barely two weeks, that Jamoh, assumed duties as the Director General of NIMASA.

Security experts believe that  the NIWG Industry partners which had agreed to  work closely with NIMASA, to finalise a new Nigerian National Maritime Reporting  Framework,  would go a long way to support   ocean-going vessels in distress,  NIMASA  Command, Control, Computer Communication and Information, C4I, which had been identified  as a national focal point for Coordinating  the multi-agency  response.

The security experts also  believe  that the development  is a significant  step forward for improving  the country’s  capabilities  and potentially  enhancing the  security  of vessels operating in Nigerian waters.  ‘’There is  considerable  momentum  behind  the NIWG’s efforts to reduce  maritime  incidents in the Gulf of Guinea region’’, a NIMASA Surveillance officer had said.

In spite of the COVID 19, disruptions of the $195 Deep Blue sea project or the Integrated National Security and Water Ways Protection Infrastructure,   contracted  to HLSI  Security Systems and Technologies, an Israeli firm, which is designed  to secure the country’s Anchorage Areas,  which includes procurement of Equipment  and training of security personnel to tackle    Piracy and other Criminal activities  in the Nigerian’s maritime domain, The NIASA boss had said 80%  of the security Assets had been delivered.

The deliverd Assets include Special Mission Vessels,  Fast Intervention Boats , Unmanned Aerial Vehicles and Armoured Vehicles.Jamoh, who is a graduate  of the Korea Maritime  Ocean University,  had said that the training  of the personnel  for the Deep Blue sea project, however,   had Commenced  and would be concluded this October, ahead of the deployment  of the security Assets  by December, 2020. This is bad news for the Pirates operating in Nigerian waters and the Gulf of Guinea.

But there are indications that the Somali Pirates  were  now active also  in Nigeria waters and the Gulf of Guinea. They were said to have navigated  through  the country’s maritime boundaries, land borders and the waters of the neighbouring West African countries to Commission boats to carry out their activities.

Jamoh, the NIMASA, Director General, however, has assured ship owners , both Indigenous and Foreign, that there is no cause for alarm  as ‘’the agency had developed an action plan  to monitor  the progress  of the National Maritime Security Strategy’’.  Our goal is to achieve  a  sustainable  end  to Criminal  attacks on ocean-going vessels in the nation’s waters ‘, he insists.