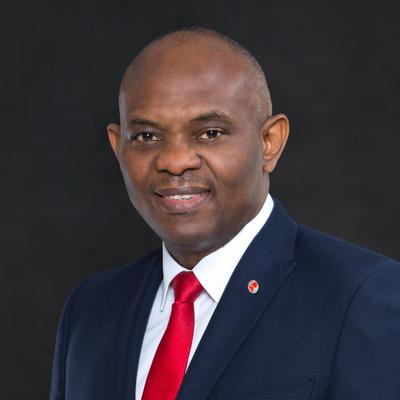 Ifie Sekibo, Managing Director, Heritage Bank, appears to have found a way out to facilitate ease access to credit by businessmen and investors in Banks without going through challenges. The Rivers state born Banker has anchored it on proper management of the  country’s Identity Card , ID,, by the relevant government agencies, saddled with the responsibility to do so.

An elated Sekibo, noted that the Bank Verification Number, BVN, which was initiated by the government some couple of years ago  and implemented by the Central Bank of Nigeria, CBN,, has been  to create a form  of identification  in the country as it has been able to address  some of the issues  around Identity Card Management in the country.

Note that one of the major problems that had been encountered by most Banks in the past was how to track Customers who to  took loans and relocate from one place to another  without notifying  the Bank which had  danced him the Credit of the change of location.  This may have led to the collapse of many Banks in the country over the last one  decade.

According to him,  the ‘’dearth of effective  and standard identity card  management   infrastructure in the country had made access to credit facilities in Banks  very difficult for Small and Medium Scale Industries, SMEs.

Given an insider information, he noted that if Banks  officials  could know easily know where Customers live   in different parts of the country for easy identification, access to credit in Banks  may no longer be a major issue to contend with by SMEs  and other Customers  , as ‘’everyone will be getting loan with ease as the Customer may not be tempted to run way with Bank  loan  for  fear of being caught  wherever he may be in any part of the country.

An aggrieved Sekibo, noted that in the past, people took loan from Banks  and change Accommodation, say  from Lagos to Iban, in Oyo state , to escape any further communications with the Bank until the loan becomes bad debt  and subsequently cancelled.

It is not surprising why the Heritage Bank Managing Director, has made it clear to those that cares to listen that this  must change  for the nation’s Banking Industry to move forward. He allude to what obtains in Europe , United States and other Industrialised nations where once  a Bank Customer misbehaves, but with his ID, he may no longer be allowed to Bank as his credit quickly goes bad . His case was made worse as he could have access  to hospital if he has a health challenge or give  any member of his immediate family needed financial assistance .

This may have informed why he had stressed that that there is value in ID Management., ‘’ It is not just about Banks  but a holistic structure   where is no value to the person  that each one represent’’, he had said.

There are indications that the Banks are already  pushing  the government  to come out with  some form of ID Management  system as  the BVN,  which had been operational over the last four years  had proved to be  ineffective in addressing  the problem  of the ID constraining   lending in the country.

The United Bank For Africa, UBA plc, a pan African Bank , may have overcome these perennial problem of ID card management  over the years.  Tony Elumelu, the Bank Chairman, may have realised the problem , early enough that he quickly endowed 100 million Foundation for a  revolving loan  for S MEs across the African Continent for a  10-year period under a different management.  The Foundation is billed to empower to 10,000  young Entrepreneurs in the African Continent in the next 10 years

Given the popularity of the Foundation  in African Continent in the circles of SMEs, it was learnt since its inception,  it has received over 65,000 applications  for the 10,000  limited spaces for the programme .

Records show  that the Foundation  has s far empowered  over 7, 520 , young Entrepreneurs  , across the 54 African countries.  Of the over 2000  exhibitors, expected in this year’s Lagos Chamber of Commerce and Industry,  LCCI and UBA plc partnered  Trade Fair,  from 16 African countries, most of them were said to have  been  beneficiaries of the Tony Elumelu Foundation