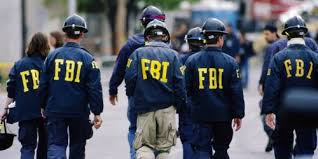 More facts have emerged why officials of the Financial Institutions and money exchangers across the country are jittery over the revelation  by Paul Delacourt , an Assistant Director, Federal Bureau  of Investigation, FBI, over the alleged Collaboration between some Nigerian Banks and Scammers fleecing American business men. This is because the Central Bank of Nigerian, CBN,  may  come out with sanctions to deal with such Banks.  The FBI  Chieftain revelation has also armed the  Economic and Financial Crimes Commission, EFCC, to intensify the manhunt for the  Scammers  who are embarrassing and painting the image of the black.

He had cited Valentine Iro and  Chukwudi Christogunus Igbokwe , who run an extensive moneyilanudering networl in  Los Angeles as a link between the Banks and  members of the Syndicate. This may have forced the FBI  officials  to intensify a manhunt for the criminal elements in the American society and to uncover the Nigerian Banks dealing with them because of the several Complaint were said to have been lodged with it by victims.

He noted that the  agency had received 14,000 Complaints from victims who had piled  pressure on them to intervene save  the American economy from collapse as the fraudsters had targeted American  Corporations,( big and small), Humanitaritarian Organisations, Churches, and Individuals .

They were said to have defrauded over 1000 people in their Los Angeles Operational base, to the tune of $73 million between January and July this year. The situation was so bad that  Delacourt reported toChristopher Wry, the  46 year-old Director of FBI who was said to have  moblised his field Officers across the US and other State  Law Enforcement Agencies, to track the criminals in their hideouts.

Wry  was also to have reached out to Ibrahim Magu, acting Chairman, EFCC, and other Counterparts in other parts of the world  to join in the manhunt for members of the syndicate.  Magu may have been armed with the information that majority of the fraudsters are based in Nigeria. The FBI, boss may have shocked Magu, when he revealed that the Syndicate had fleeced American businessmen to the tune of $1.1 billion between January and July this year alone , which were not transferred into oversea Banks but into Nigerian Banks.

Narrating how the syndicate, Coordinated by   Iro and other members of the syndicate   operate in the US, the FBI, had  stressed that  ‘’once  members of the Conspiracy   convinced victims  to send money under false pretenses, Iro and Igbokwe, who have  connection with Nigerian Banks ,  Coordinated the receipt of the funds using their  extensive  network to launder the money.

Giving an insider information,  the FBI Investigator  disclosed that the duo ‘’collected  Bank Accounts, fielded  requests for Bank information, provided  such information  to their cCo-conspirators around the world  and laundered  the money obtained  from victims. He stressed that  all these process were undertaken  in exchange  for a cut of the money  stolen   from the victims of the various fraud schemes.

According to the FBI, if  a Bank Account with a specific name  was required to deceive  a business victim into parting with any money, Iro and Igbbokwe , Coordinated  with the money mules to make it work by opening Accounts   that would receive funds obtained  .

This is in addition to making the fake business name mirror , the name of the  legitimate Company. More revealation by Delacourt shows that sometimes, members of the syndicate wired  funds to other Bank Accounts under their control or withdrew it as Cash or negotiable instruments such as Cashier’s Cheques.

Note that the job of Iro and Igboke  are to  Coordinate  the transfer  of the victim’s   funds  from a fraudulent Bank Account they controlled :  Account belonging to money exchangers.   The money exchangers in turn were said to have used  a Nigerian  application form  to transfer such funds in naira   from thee Nigerian Banks they controlled  to the  Bank Accounts of Iro and Igbokwe in the country.

It was not surprising why the duo were able to transfer millions of dollar to their Nigerian  Co-conspirators in the business without directly  transferring  funds oversea for Customers. This is  evident  in the alleged fraudulent transfer of about $6 million :obtained funds,  to their Nigerian Bank Accounts.   They were also said to have participated in the failed attempt to  steal  an additional $40 million.

It was learnt that the FBI, had unveiled the names of the Nigerian Banks used by  Iro, the fraudster and  other members of  the  syndicate to Bank their stolen funds from the North American country business men and other parts of the world.

This may have strengthened the  resolve  of the EFCC,  to commence its investigations into the allegations to ascertain the level of involvement  of Individuals and the  Banks   which Collaborated with  Iro , Igbokwe and other members of the cyber Crime syndicate to transfer fraudulent funds to the country.

The FBI  Investigators, were said to have made the  EFCC, believe  that majority of the fraudsters  are based in the country  and had been involved a series  Coordinated  internet scam  running into millions of dollar fraudulently obtained  from American victims.

Worried by the activities of the  fraudsters, the FBI had  launched Operation Wire Wire , and started its investigations on their activities in 2016.  It was said  to have been re-launched as Operation Rewire , facilitating the arrest of 80 Americans and Nigerians, including Iro and Igbokwe, the mastermind of the fraud syndicate in America.

To show that that the Nigerians fraudsters were deeply involved in the scam, the FBI report showed that 78 of  those arrested  were Nigerians. The age bracket  of the Nigerian Scammers are between 30 and 30 years, a security  said.

Until his arrest by FBI, Mark Chukwuocha, a member of the syndicate  had organised a  ‘’bay shower ‘’party in his hideout in Los Angeles,  where virtually all the  members  were present including Iro and Igbowe, the master mind of the well organised  fraud network, described as the biggest in American History.

The party was said to have  provided an opportunity for the fraudsters to exhibit their  illicit wealth as they sprayed  dollars among themselves, that littered the floor. Indeed, it was their first and last get- together by the syndicate  to enjoy  their ill-gottten wealth.

Ever since information leaked  out that the FBI had busted the syndicate defrauding mericans, with the arrest of 78 Nigerians, there had been jubilation in many quarters in America  including  Corporations that had been  scammed.

The FBI Operatives were also said to have begun a sensitization Campaign of  the people and Corporations   to be more conscious in their business  dealings with  scammers parading as Legitimate Companies from Nigeria. The arrest of the 78 Nigerians  may have   armed the FBI Operatives  and other US  Security  Agencies  to put a close tab on Immigrants , particular, Nigerians .

There are indications that the  American security Agency are working with  nine other Financial Crime Investigation agencies across the world including EFCC, to track the remaining g 57 online  thieves on the run.  Recall that the FBI had earlier arrested 30 year-old, Obiwanne Okeke , given award by Forbes , as one of the young most  enterprising Entrepreneurs over alleged scam of $11.5 million.

While the  FBI Investigators have started a manhunt for the remaining 57 Nigerian Scammers allegedly on the run by  working  closely with their foreign counterparts, particular, EFCC, t to block the  avenues used by the fraudsters to defraud victims  such as BEC Scheme, Romance  scams and other   frauds to fleece victims,Magu, the  anti-graft agency  boss and his men  were said to have  the arrested  16 Scammers.  This should gladden the heart of  Wry the FBI  Director.

The Commision  may have also  intensified manhunt for the Yahoo boys   that escaped to Nigeria that many of them were said to  have been forced to go underground b while  those who could not bear  heat were said to have relocated to Ghana, a neighbouring country in the West African sub-region to continue their trade.  A no nonsense EFCC, acting Chairman, has vowed to smoke them out  from  their hide out in Nigeria or Ghana, to face the  full weight of the Law. He was said to have used the opportunity of Abike Dabiri, a former member of House of Representatives and Chairman  of Nigerians in Daspora visit to his office penultimate Friday to appeal to those indicted by the FBI in their Investigation to turn themselves in to American  Authorities  to clear their names , noting that failure to do so would  force the government  to extradite  them if relevant  international treaties  between  the two countries are evoked. This is bad news for the fraudsters who are already  facing  hard time.

Meanwhile, Presiddent Muhammed Buhari, who is not happy at the embarrassment caused the country by the Scammers   in US, appears to have thrown his weight on EFCC  to block loopholes that had been  exploited  by the international thieves in the past   to scam foreigners.

Garuba Shehu, senior Special Assistant    to the President on Media and Publicity,  had confirmed  that  he government  will generate  and seek for  Executive Powers  from the National Assembly   to tackle Cyber Crime in the country. This sis bad news for the Yahoo boys who would soon reach their dead end.