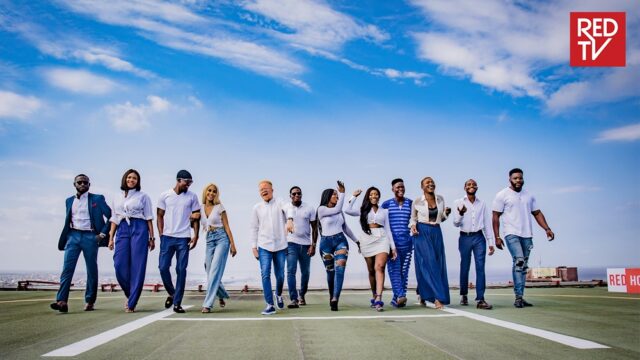 Officials of the Pan African Bank, United Bank For Africa plc, are very happy. This because the much awaited Men’s Club chart show, is about to be launched  following  the immense success of its drama series:Red Hot Topics.

The show, according to Entertainment experts followed a report by a panel of discussants on current issues that affect everyday life . It was learnt that it was a no holds barred discussion  by the panelists  on different topical issues ranging from gender inequality, infidelity,  sex relationships, honour, businesses to the daily choices we make.

Take for instance, the case of twelve  exciting and energetic  young people who were singled out and asked the most daring questions about their life  ambition and watch  how they would ponder to give  people  response that would force them  to put on their thinking cap to flow along with them.

The Men’ Club show which was produced on set  in the brand  new studios  of REDTV, clearly shows that the Red Hot Topics would defy  the norms  and break all barriers .  UBA sources told The Value News that the RH boys :T.J, Ihechi, OD, Tayo, Ola, Martin, and Farouq and the girls-Lolo, Ada, Coco, Buky including Ariylike   who were said to be  stunning, stylish and Suave , a source said are ready to talk at any  given time about the show. The source disclosed that if it is something that had to do with honesty , they would not hesitate to speak out  but if it is a taboo, they would do  everything within their powers to  uncover it.

Entertainment watchers  noted that if it is something that is forbidden  and unchartered , ‘’they would go the way of others to bring the heat on the people’’. Recall that speaking on the REDTV’S latest series, Bola Atta, Executive Producer of the Show  said, ‘’Red Hot Topics  was a chart  show  that could change how  people think and act in a positive way’’. Atta explained that the Conversation of the vibrant Youths  are as essential  as they are interesting  and engaging. ‘’The cast is fun, honest and fresh, all speaking  straight from their heart with no holds barred’’, he had  said.

The  Red Hot Topics, which was premiered on Wednesday ,September 11, 2019 on the RedTV You Tube Channel, was said to have been widely received within and outside the country.  Many see the REDTV as a fast  paced  lifestyle Channel that would put the African Continent on the global stage.

There is no gain saying the fact that the launching of the Men’s Club chart show  series  would give UBA, an edge over other deposit Banks in the country. This is because the network would  ‘’entertain, inform , with rich content  that would feature the best of Africa discussed on Entertainment, fashion, news, design, music, sport, movies travel and much more’’.

A top official of the Pan African Bank  revealed  that  REDTV  had collaborated  with  the most talented  visionaries, creative  minds daring to believe in a New Africa , putting together a content analysis that reflects it .

Entertainment analysts see it as another giant step by UBA in the nation’s Entertainment Industry that would  go a long way to promote African culture.