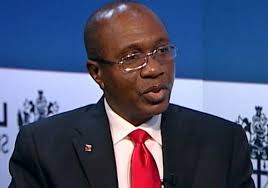 It is no longer news that Diamond Bank, one of the nation’s fastest growing second generation Banks had been acquired by a well managed Access Bank in a deal approved by the Godwin Emefiele led Central Bank of Nigeria, CBN.

Perhaps, what is news, are the circumstances that led to the financial crisis of the Bank barely four years after Alex Oti, a former Group Managing Director of the resigned from the Bank, that it could no meet the financial needs of its

The failure Customers need, according to a source, was contrary to the Bank policy be ”Customer centric”,  which means putting the the of its operations. ”We wish to be considered as world class in service delivery”, the Bank had vowed.

The Value News that there had been instances of service failure even when Oti was still at the hem of affairs in the were said to have been covered up by the Management before out to the The financial  problems of the Bank became pronounced Customers were said to have cashed in on the Statement that ”all Customers have the lodge complaints in the event of perceived service failure to cry out.

The Value News the branches and the Head office awash by aggrieved Customers calls, petitions and even coming down in person to the Bank Branch or Head office to lodge their Complaints the Branch or the management. The were also said to have Bank online website,” Complaint and Compliment cards free telephone” in Banking Halls to register their protest about poor service

Recall that the Bank recorded  a loss of  9.1billion Naira in 2016, which had a telling effect on its Operations. It was a big shock to Uzoma Dozie, the Bank Managing Director, who promised that the situation would not repeat  in 2017 and beyond. Instead of the financial situation of getting better , it was said to have gotten worse as big time Customers could not withdraw as much as they want to invest in their businesses as the Bank started rationing the money that could be withdrawn at a go by a Company or importer,  forcing the aggrieved Customers to cry out about  the financial insolvency  of the Bank.

The Bank , according to sources, was  said to have made some international financial transactions to raise funds to plough back into its local banking  operations and strengthen its International Banking operations.  The transaction was started in May  in 2013 , as the Bank was said to have sold $200 million in a five-year unsubordinated unsecured Eurobonds to pay  for the Coupon of 8.75 percent.

Insiders told  The Value News  that the yield  at inception  was 9 percent of the issue price of 9.0. The Bank , a source said had planned to place the Eurobond  in late June 2013 and even undertook and investor road show but the issuance was said to have been postponed by the then management led by Segun Aagbaje due to the reverse market environment and time.

The Bank management may have created the impression in the mind of both local and foreign investors that it is  the largest  Bank in Nigeria with net assets of over N1.5 trillion as at 2013.  Within the same period , Access Bank, which had taken over the Bank operations had an estimated N1.83 trillion .

The question on the lips of most people was: what went wrong  that a Bank which had witnessed steady growth for some years that it started  witnessing poor delivery services to its Customers across the country  that they allowed their Complaints to escalate and filter out to the public , forcing the intervention of the CBN, to save the Bank situation from getting worse.

As a prelude to saving the Bank from International embarrassment from oversea partners, the Bank was said to have requested the apex Bank to withdraw its International bankings Operation License to enable it concentrate its operation in the country only.  The apex Bank  did not hesitate in doing so .  Dozie, the Bank’s Managing Director  said the move was ” part of the Bank’s operational strategy to focus  on Nigeria’s  significant opportunities”.

According to him,  the change in the operational license of the Bank would expand its  product services to its Nigerian Customers.  Given the approval of the CBN to allow it operate  within the confines of Nigeria  only  as a national Bank,  the Bank’s management were said to have taken a decision  to  dispose its West African subsidiary in 2017 and Diamond Bank , UK, which were ratified by the Board  and are currently at its final stages of disposal. The decision was said to have been taken when the financial problem of the bank became noticeable to Customers.

Many believe that it was a wise decision by the Dozie led Management to have requested the CBN  to withdraw its international Banking Operation License to concentrate on the local scene in order to retain its operational name: Diamond Bank.

There is no gain saying the fact that if the Bank had been sold as a complete sick Bank like Sterling Bank which was currently  managed by the apex Bank to protect the Customers savings, as its business name was changed to Polaris to avoid any further link with past activities of the Bank.

The CBN could have taken over the management of the Bank with a change in its  operational business name if it was found to be insolvent that it could not be revived with the take of its management  by another Bank.

Many  consider the request by the Bank to operate as a National Bank, when its problem became manifest in 2018  as a clever move by the Bank management and the Board of Directors to still remain relevant in the nation’s Banking sector.