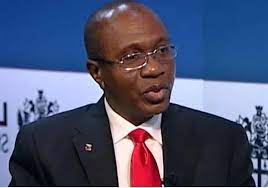 Ahead of the 2023, general elections, desperate politicians, appear to have used their contacts in the banks to quickly exchange their old naira notes which they had kept in their bank vaults which built at home in order to beat Godwin Emefiele led Central Bank of Nigeria, CBN, January 31, 2023, deadline for the old naira to cease being a legal tender.

Emefiele had said that there is no reason for the nation’s currency in circulation to rise from N1.4 trillion to N3.2 trillion in in seven years, noting that some Nigerians are hoarding the naira and embracing currency speculation.

He had revealed that the country’s foreign reserves had dropped from $39.219 billion on August 16, 2022.  Recall that the apex bank had pegged the country’s external reserve s at $44.42 billion in March, 2022. The apex Bank governor had said that the exchange rate   between the naira and the North American country of the United States dollar is n440.00 to $1 on the official market and n735 on the black market.

The argument in both official and unofficial circles was that if the apex bank is still standing firm on not extending the policy,  by even a month, then it should make the new currency available for people to use on a daily basis for their transactions.

. From Lagos, the nation’s Commercial nerve centre, Ibadan,  PortHarcourt,   Kaduna,, Katsina , Gusau, to Sokoto ,and other major towns and cities , in the country the story is the same:  banks  do not have the new naira  Notes  to dipense across the counter, claiming that it is loaded in the Automated Teller ,Machne, ATMs.

The worry of many was that the crowd that besiege the ATMs, with the CBN, withdrawal limit of N500,000.00 for Individuals and N5 million , for Corporate bodies, had made it impossible for the money to go round, fueling speculations making the rounds that it was a deliberate plan to further cripple the economy and create more trouble in the system.

There are fears that with the CBN , insistence that the January 31, 2023, deadline for the validity of the naira remains,  some businesses across , across the country , including petty traders  and commercial  transportation drivers  , may decide  not to accept  the old naira Notes  again even before he deadline set for the CBN.

But the CBN, had said  that that the Bank has  engaged the services of 1.4 million  super agents  nationwide  too collect  the old naira Notes in exchange for the new Notes  in riverine  and upland areas tating that the  that the new Nnaira Notes  is going down and circulating  to the lower rung of the society.

An elated Emefiele had said that with the release of the  redesigned big naira Notes, it has somehow educed  kidnapping  and ransome taking  by armed men and their sponsors because    no one  will collect  the old Notes from them any longer.

Emefiele, who could not hide his feelings had said that before the January 31, deadline for the stoppage of validity of the old three redesigned naira Notes, ‘’all the noise about the scarcity of the new Notes would have subsided’’.

Let us hope that the CBN governor assurance will become a reality. For now, going by the situation on ground across the country, there is no sign that the  redesigned big   new naira Notes  that are currently in circulation will ever  meet the demand of Nigerians and the trading public. Emefiele has decried the effect of the forex  scarcity n the nation’s economy as Nigerians are using the naira to buy the dollar.