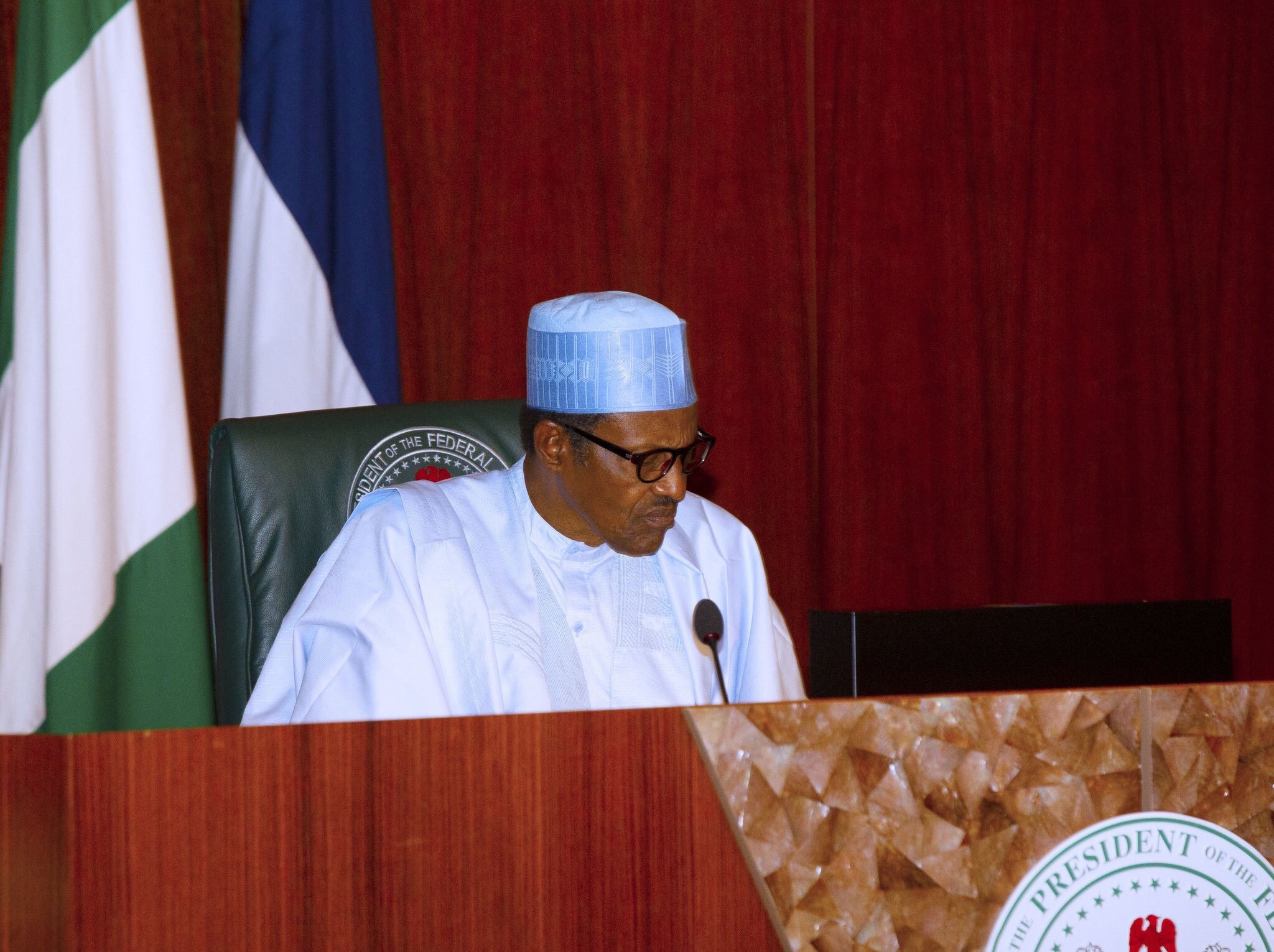 President Muhammadu Buhari appears to be looking out for money from all sources to revamp the ailing economy which was anchored on a cashless economy. This may have informed why the government have shifted the burden on the people who are already leaving in pain over the last four years.

This is evident going by the various policy pronouncements of some key officials of the Administration in the recent time. Hajia Zainab Ahmed, minister of Finance, Budget and Planning, may had dropped the first bombshell when she said at the recent inauguration of the ‘’Strategic  Revenue Growth Initiative’’, SGRI, that all the government revenue generating agencies  would increase their service charges this year .

Many Nigerians  may have taken the Statement with a pinch of salt. But unknown to them, the then National Economic Management Council , NEC, Headed by Yemi Osinbajo, had concluded arrangement on the issue. It was a matter of time before the agencies would start coming out with their new service charges.

Those at the lunching of the sGRI,  were the decision was said to have been unveiled  were  Representatives of the Debt Management Office, DMO, Central Bank of Nigeria, CBN, Federal Inland Revenue Services, FIRS, Nigerian National Petroleum Corporation, NNPC, and the Nigerian Foreign Investment Authority, NFIA, and the Accountant General of the Federation.

Note that the minister had dropped the hint that the FIRS,  which  currently collects five percent Value Added Tax, VAT, on some selected items had said that food, drugs other items would be included to the list and what the new rate would be.

But Babatunde Fowler, the Chairman, of the of the revenue generating said  the only way to    increase the VAT , would be to review the present  legal  framework on Tax in the country  which would require the approval of the Federal Executive Council, FEC. This may have informed why agency had delayed coming out with its new VAT charges on food, drugs and other items.  There are indications that it may be increased to 7.5 percent. That much was confirmed by Ahmed, the minister of Finance, Budget and  Planning.

This may have forced the Godwin Emiefiele led CBN, to take the lead by announcing its new charges on Cash withdrawals and Deposits on Individual and Corporate Accounts in the Bank. At present the Banks are charging N52.00 for each withdrawal and or Deposits .

Recall that the apex Bank had made several attempts in the past to force the Banks to stop some of the irrelevant charges which Customers had  often complained about but that was how far they could go. Now the CBN had joined the bandwagon as it has announced its own charges expected to take effect from March  2020. This is an indication it supported the Bank Charges but pretended to be on the Customers side.

This time, the’’ Bankers Bank ‘’ has approved a service charge of  3% and 2% for Cash withdrawals and Deposits above N500,000.00 for individual Accounts. This is in addition  to 5% and 3% processing fees for withdrawal and lodgements  of amounts  above N3 million by Corporate Account owners.

A circular released by the apex Bank which was said to have been signed by one Sam Okojere, Director, Payment System Management Department of the Bank at the instance of the  Emefiele, the CBN governor ,said the increase in the  Bank Charges for high  net worth individuals  and Corporate Account  owners was  aimed  at ‘’encouraging  its Cashless policy’’,   which became effective in September 2018.

Aware that the new service charges  may discourage  patronage of the Banks by traders and other low income earners across the country, which may  affect the Banks Cash  Deposits, members of the House of Representatives, who could no longer sit by and watch the government pass  its gross inefficiency of managing the economy on the Citizenry was  directed the CBN   to suspend the new charges  under its Cashless policy, until appropriate  consultations  have been concluded on the matter.

There is gainsaying the fact that this will  would be a  first major policy  clash between the  Femi Gbajabiamila ,led  House  and  the Executive. Political analysts, however, believe that Gbajabiamila, may not be able to mobilise his Colleagues to Challenge Buhari  led Executive on the matter  because of the circumstances  that  brought him to power. They stopped short at calling him a rubber stamp Speaker, who can bark without biting.

Buhari may have given a signal to Nigerians that there is no going back in his Administration’s efforts to revamp the economy. This is evident with the creation of the Economic Advisory Council , EAC, which according to Garba Shehu, Senior Special Assistant to the President  on Media and Publicity, are expected to report directly to him without going through  Boss Mustapha, Secretary to the Federal government or Abba Kyari, the Chief of Staff, to see him.

Political watchers expect  the Team to revisit  the issue of the  increase in the service charges by the  revenue  generating agencies before advising him on what to do  because of its negative effect on the economy. Note that the President is the Chairman of the Council and would therefore expected to preside over the technical meetings of the Council.

Indeed, Nigerians are looking up to the new Economic  Management Team , which had replaced the Osibajo led NEC, as their last hope of getting the government to make a rethink  on the issue because of the caliber of  people appointed into  the Council who were truly Professionals . They are  Charles Soludo, a Professor and former governor of CBN, Profs. Dyin Salami an Ode Ojowu. Others were Drs. Mohammed Magaji,Shehu Yahaya and Iyabo Masha, including Bismak Rewane, a Stock Market Operator and analyst.

The President ,according to Shehu, the Media and Publicity, Senior Special Assistant, had appointed Adya Salisu, to serve as the Secretary of the Team. The reaction of Nigerians to the setting of the Economic Management Team speaks volume.

Sanusi Lamido Sanusi, a  former governor of CBN, and Emir of Kano, believes that the EAC members, described as the country’s best in business circles, make sense as it would help the President to ‘’steer the nation on the path of sustainable growth’’.

Describing it as the best decision the President has ever taken in the last four years, the Monarch disclosed that the Team  would add  a lot of values  to the Administration’s policy and strategy, as they would be’’ frank and honest in their advice to the President’’.

Osinbajo, who led the dissolved NEC, and who could no longer hide his feelings said the President had created the EAC to ‘’assist himself’’. The Vice President was aid to have opened up giving the demand from the state governors for clarification on the relationship between  the old NEC and  EAC.

Feelers from the Presidency shows that they would be advising him on economic matters which include fiscal policy analysis,  economic growth, , internal and global economic issues .  They are expected to work closely with the relevant ministers but most importantly, Emefiefele, the CBN , governor and Heads of other monetary and fiscal agencies .

Perhaps, to prove to the governors that NEC I still relevant , he was  said to have told them that they would regularly briefed  on the activities of the Council  if the President gives the nod to him do so.  There are fears that Buhari may not want Osinbajo to have anything to do with the New Economic Management Team.  He may not want osibajo to have anything to do with the EAC. The Vice President and the governors had the Opportunity of initiating the policy and strategy that would reposition the economy in the last four years but failed to do so.

The CBN, may have finally nailed the Osinbajo led NEC, as it has sought the Cooperation of the governors in revamping the economy. A t a meeting with the governors, the CBN governor, was said to have told them that addressing the twin problem  of unemployment  and growing population  could only be achieved through more investment through more investment in the nation’s agricultural sector.

Appealing to the governors to key into the apex Bank’s  policy aimed at revamping the agricultural sector through Commercial  production of rice, maize, tomatoes, cotton, cassava, cocoa, palm oil, sorghum, millet, yam and the diary sector, the ten Commodities, regarded in the international Commodities market as foreign exchange spinner  to stem unemployment in the country.

They governors may have known that they have no option than to support towards  making  the CBN agricultural policy a reality because they believe Emefiele , who oversees the country’s monetary and fiscal policies has the ears of the President.