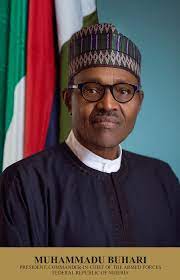 Nigeria shipers are very happy. The Nigerian shipers source of happiness was the completion and commissioning of the $1.5 billion Lekki Deep Seaport by President Muhammadu Buhari.

The Nigerian President was optimistic that the multi-million dollar project will be completed and commissioned before the Administration wound up on May 29, 2023,  when information filtered  out   from the Chinese contractor that ‘’the dredging  and  reclamation  of the port  has  reached  98.43%,  contruction of quay wall ,96.07%, breakwater 93%  andlandside Infrastructure ,90.61% completion , meaning that the project   has reached 95.65 completion as at September , 2022.

Recall that the commencement of major construction work at the Lekki Deep seaport site was flagged off on March 29, 2018, barely three years, into the first term of office of the Katsina state born Nigerian President. With the support of the Nigerian President,  Rotimi Amaechi, a former governor of Rivers state and immediate past minister of Transportation, and Eng. Muazu Jaji Sambo, the incumbent minister ,  were said to have piled up  pressure on the Asian country of China  Habour  Engineering  Company Limited , handling the Construction of the port  to facilitate the work to ease the burden  of cargo shipment flow  at the Lagos ports.

It was  therefore,not surprising why  the International Consortium of partners , Tolaram, China Harbour Engineering Company,  Louis Berger International, CMACGN  ,  led by Lekki Port Investment Holdings  Incorporated, which owned 75% stake , and  which  believed in the Commercial viability of the project  were said to have committed adequate  financial  investments into it . The Lagos state government stake in the multi-million dollar project is 20% while the Nigerian government, controls five percent shareholding .

In completing the first phase of the  $1.5 billion project , which according to NPA, sources that   has two  Container berths, marine  services jetty to handle the Containers, the Chinese firm, CHEC,  was said to have  spent  $581 million.

The Container Terminal, according to Mohan Vaswani   was built and equipped with the capacity  to  handle   1.2 million  20 foot  equivalent  units, TEUs,  of Containers annually. He noted that upon completion of the entire $1.5 billion Lekki Deep project , it would have three Container berths .

Mohammed Bello-koko, Managing Director, Nigerian Ports Authority , NPA, has described he multi-million dollar project   as  ‘’the largest , most  modern and deepest  seaport in the West and Central African sub-regions.

Denrick Moos, the Chief Executive Officer, CEO,  Lekki Freeport Terminal , that is currently being operated  by CMA Terminals , a subsidiary of   the CMA CGM Group, had said that  the state of the art of infrastructures at the port  would make it become’’ Nigeria’s  new generation container terminal, a game changer infrastructure in the West and Central African sub-regions’’.

Given an insider information of the Engineering design of the three Liquid berths of the port, Belo-Koko,the NPA, Mnaging Director, had said that  that the port was designed to service  ships  up to 160, 000 DWT ,with a  with a reach of  of 21 Containers and twin –lift capability.turning circle of  about  600 m, that is sufficient  to handle  18,00 TEU vessels.

In preparing the port for Commissioning on Monday, January 23, 2023, by  President Buhari,  NPA,  had procured  Tug boats  expected to be used   in the moving the vessels calling at the port  The Tug boats were said to have been equipped with the latest super –post Panamax, ship to –shore  cranes  and rubber-tired- gantry cranes.M

As a prelude to show that the Authority is fully prepared to offer the required marine services for seamless port operations, for big ocean going vessels, to the port, the first CMACGM, vessel was said to have arrived the Lekki Deep seaport on Sunday, January 23, 2022, ahead of President Buhari’s  Commissioning of the project  in readiness for Commercial Operations, on Monday, January 23, 2023.

The successful berthing of the he Panama vessel at the largest port in Nigeria, may have opened the door way for other big -ocean shipping Companies which such vessels to call at the port with cargos to discharge.

Buhari, who could not hide his feelings Had told those cares listen that  the multi-million dollar facility   would have an  aggregate impact  of about  $361 billion  on Nigeria’s economy  in the next 45 years  that the Concessionaire will operate port  before transferring it to the government.

The port model,  arrangement ,according Bello-Koko, the NPA, helmsman which s based on  ‘’Build, Operate and Transfer, BOOT, by the Concessionaire would expire next 45 years. The NPA  boss , had said that  the Lekki Deep seaport would be positioned  ‘’to function  as a hub  for container traffic  both  in the West African sub-region  and  the Tincan Island port   expected to be hosting the feeder vessels  for Container   traffic coming to Lagos areas.

In spite of the fact that that Buhari has  commissioned  the Lekki Deep  seaportProject,  maritime analysts fear  that it may suffer a major seback because ‘’ there is no space  and hinterland   connectivity  for cargo evacuation’’.

More worrisome is the fact that there is no rail connectivity and that even the road connection was grossly inadequate.  This is where the Concessionaire may have to embrace Barge operations in the short –run, and which should not’’ foreclose the need formulti-modalism and inter-modalism that should guarantee the Liquidity  of cargo evacuation  and ultimately  efficiency of port operations’’, the NAPA, Managing Director  had said.

The Comissioning of the first phase I of the  Leeki Deep seaport  is coming barely seven months and 13 days,  after the President had  had  launched the $195 million  assets under  the integrated  National  Security  and Waterways Protection  nfrastructure , popuar,  Deep Blue Project, managed by Jamoh, led  NIMASA, in synergy with other security agencies: the Nigerian Navy, Army, Nigerian Air Force, and the  Nigerian Police Force, NPF, among others.

Jamoh,   had said that the deployment of the maritime security assets of the Deep Blue Project would bring Nigeria to another level of national security for total spectrum maritime security and better domain awareness  using some of the latest technology.

Many believe that members of that Nigerian Shippers, Association, NISA,   may lose the major gains of the huge investments  in the LeKki Deep seaport by the partners  if they  fail to take advantage  of the Vessel  Cabotage Vessel Finance Fund . CVFF, to acquIre vessels to partake  in the global trade.

Jamoh, the NIMASA, Director General, had confirmed   that the Central Bank of Nigeria, CBN, under the close watch of Godwin Emefiele, at the promptings of the President has approved ’zero duty for imported new vessels with older ones attracting higher duty.

Given that the Nigerian President has approved  the CVFF, which an insider had aid is currently  in excess of $350 million  for disbursement  at the official  exchange rate  to assist NISA members  to procure ocean going vessels  for the nation, they appear to be forward to Eng .Sambo, the minister of Transportation  to  give the nod to NIMASA, who in turn should give the  banks the go ahead  the to start  the disbursement to assist the  shippers to procure vessels

This is because foreigners have continued to dominate the nation’s shipping sector over years because they have the capital to come into the country with their ship and take the money away.

Jamoh, the NIMASA, boss, had said that the only way the Indigenous shipowners     can stop  the foreigners  from taking over  the country’s coastal trade  will be to get the CVFF, based on agreement  with any of the five banks selected for the purpose .  The government had selected UBA,Zenith , Polaris, Jaiz,  and Union Banks for the disbursement of the fund.