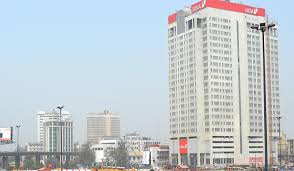 Innocent Chukwukadia, a Lagos based business man had visited one of the United Bank for Africa, UBA, for a transaction.He had filled the Teller to withdraw money from his account. Unknown to him, he has another function to perform at the Bank after the transaction: to assess the Cashier that had attended to him.

The  Bank  management may have gone for the installation of the information coded equipment in the Bank headquarter and Branches to get feedback on the relationship between the staffs and the bank customers. The management may have been worried that it is losing many of its traditional customs to the new generation banks and had to move fast to stop the trend.

Investigation  by The Value News shows that cashiers in UBA branches who have realised their promotion depends on customers perception through the ticking of any buttons on the assessment information system have changed their approach to business as they no longer delay in attending to customers.

The human induced long queues usually noticed in most of the bank branches in the past appears to have disappeared  because of the ease of conducting transactions at the bank.  The performance evaluation, according to an employee is available to all the Staff  to know what they have been doing and what other development  or training  they need  to undertake or improve.

There have been instances where some of the appraisal tools of the performance of the Staff, particular , the cashiers had broken down, returning the officials to the old way of doing business, delaying customers in the bank. This is where Tony Elumelu, the managing Director of the Bank, who had initiated a lot of information  Communication Technological changes in the bank over the years has to stand his feet to ensure that his new pet project was not sabotaged by those who may not want it work. There is no saying the fact that the information tool has placed UBA, ahead of other Central Bank of Nigeria, Licensed commercial Banks in the country.