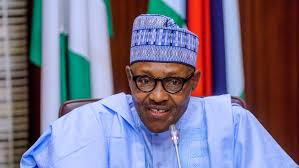 Between 2016 and 2018, President Muhammadu Buhari of the ruling All Progressive Congress, APC,  had  relied on the Hameed Ali, a retired Colonel and Comptroller General, of Nigerian Customs Service, NCS, to supply  grains and other items for feeding  the internally Displaced persons ,IDPs.

The food items were supplied by the Customs Authorities   at the IDPs various  Camps in the north eastern states of Adamawa, Borno and Yobe including the south –south state of Edo. This  according to business analysts,  had saved the government billions of budgetary allocations which could have been spent to supply the food items to the IDP Camps.

Given that the purpose of the Buhari Administration Agricultural policy  was  essentially  to make  the country become  self sufficient in food production, particular, production of rice,   the Katsina state born Nigerian President had banned the export  of foreign  rice into the country through the land borders across the country and the seaports.

Ali, the Customs boss may have known that with the ban on the export of foreign rice  into the country  through the land borders and seaports, would pose a big challenge to the land border Commands and the FOUs  anti-smuggling patrol teams across the country  to contain the activities of the die- hard smugglers operating between Benin Republic, Niger ,Cameroon and Nigeria to carry out their nefarious as they may be forced to develop  new tactics to  beat Customs Patrol Teams to it.

As a prelude to caging the smugglers operating both on land, creeks and the country waters, in the country,  the retired Army Colonel and Customs boss, had  established a Strike Force,  baptised  the Comptroller General Task Force, to Compliment the efforts of the  various FOUs across the country.  With the news making the rounds that ships load of foreign parboiled  rice  had continued to be discharged at the  Benin Terminal  and Bollore port , in Benin Republic, which are smuggled into the country through unapproved routes,  the Customs Comptroller General  was said to have devised strategies to deal with them decisively without looking back given his military background.

It is instructive to 3that some of the transit foreign rice cargoes discharged at two ports in Benin  Republic  belong to both Nigerian and Nigerien importers including  the major foreign rice importing firms  within and outside the country , which also have operational offices in Nigeria.

A ware these foreign rice transit cargoes and other Contraband,  could   no longer be exported into the country through the land border  routes in the south west, south, north central and north west , geo-political regions, because of the government policy that had banned the importation of foreign rice and vehicles, through  the land border and the tight security at the border  Communities, the Buhari was forced  to close the border routes  across the country  with the neighboring Benin, Niger and Cameroon. The closure of the Borders  across the country with these neighbouring countries was  basicallyto ensure that Contraband, particular, foreign parboiled rice, from the Asian country of Thailand  and processed vegetable oil from Malaysia, were not smuggled into the country .The  fallout was the inauguration of the Border Drill , COMPRISING  four major sectors to effectively  man the borders in the south west, south –south, north  central and the north west covering 25 states of the Federation.

The establishment of the CGC Strike Force and the Border Drill, to compliment the effort of the Resident Land border and FOUs patrol Teams, across the country  may have given Ali and his Management Team the impression that the Contraband smugglers had no hiding place.  He is right.

Investigation by The Value News shows that there had been an intensified Competition by the various Customs anti-smuggling Formations to make seizures from smugglers even at the risk of officers live. Eyewitness account of some of the Customs anti-smuggling Patrol Team Operations in the south west disclosed that the Teams actually Compliment each other to make seizures of Contraband.

Take for instance, the foreign parboiled  rice  and Vegetable that had escaped the eagle eye of the resident anti-smuggling officers at the land  borders in the south west  or the FOUs, patrol Teams in the region   were said to have  fallen into the waiting hands of the CGC Strike Force or the Border Drill sector Patrol Teams in Lagos , Owerri, Ilorin and Kaduna  Zonal offices .

It was not surprising why the Government Warehouses  in Lagos, Seme, idiroko, Abeokuta, Ibadan, Benin, Owerri, Calabar, Bauchi , Kaduna, Katsina , Sokoto, Kano, kebbi and other Warehouses in several other places  are filled up with impounded Contraband, particular, foreign rice and vegetable Oil including second  hand Clothing, bags, shoes and tyres.

The Stay at home order by the Katsina state born Nigerian President to curb the spread of the Wuhan town in Hebei Province of China emerged Coronovirus  last December which had brought untold hardship to the people of Lagos and  Ogun states including Abuja , the Federal Capital Territory, FCT, may have forced him to fall back on the Ali led Customs to supply the grains to the ministry of Humanitarian Affairs, Disaster Management and Social Development, for distribution to the poor to cushion the hardship across the country.

Although the Government Warehouses are already  filled  up as there are no more available space  to keep seized Contraband, insiders informed the Magazine that the seizure by the various Customs Formations Patrol Teams across the  country became  more pronounced with the outbreak of the Coronavirus, in the country last February.

Indeed, many of the smugglers  had dared the Customs Patrol Teams in various parts of the country to smuggle their foreign rice cargo and other Contraband  from  Benin Republic, Niger or Cameroon, into the country with the believe that   Customs personnel would not mount road blocks or patrol the border, Creeks or waterways  because of the World Health Organisation, WHO, social distancing  Campaigns to  Contain the disease.

Note that  the deadly disease   had already  spread to 203 countries in Asia, Africa, Europe, North America, South America and  Australia. They got it wrong. This is because Ali, had mandated his men to ensure that nothing enters or leaves the country with the border closure.  He was said to have urged the Customs personnel to take their job serious.

Many believe that Ali had jumped at the Presidential directive to release all the millions of “50” bags of foreign parboiled rice  at the various Government Warehouse across the country to Hajia Sadiya Omar Farouq, the minister of Humanitarian Affairs, Disaster Management and Social Development for distribution to vulnerable Nigerians  to cushion the effect of the COVID 19 stay at home order both at the state and Federal level.

This may have informed why he gave  a matching order to the Area Comptrollers  to compile the number of trucks that the seized  foreign rice in Government Warehouses within their  Area of control  could be.  Based on the report that was  said to have been  made  available  to the Customs Headquarters by the Commands, as the time the request was made by the President, there  was about 150 trucks load of rice that could be ready for distribution.

It was learnt that the report was made available to Hajia Zainab Ahmed, the minister of Finance, Budget and National Planning, who was said to have heaved a sigh of relief. The minister was said to have reached out to the President, to inform him about the number of trucks load of rice and other food items  which runs into billions of naira which the Customs Authority had provided to cushion the COVID 19, effect on the people.

The minister had  confirmed  that  150 trucks load of foreign rice  at the Government Warehouses across the country that was handed over  by Ali, the Customs boss, at the instance of the President  to Faroq, the minister of Humanitarian Affairs  for distribution  to the 36 states of the Federation.

Given an insisder information, the minister disclosed that other food items supplied to the ministry by the Customs Management  include hundreds of 25 litre  each  palm oil and vegetable oil, condiments and Beverages. An appreciative Hajia Ahmed, who spoke at a recent press briefing at Abuja, alongside other ministers,  said the Customs contributed  items   would  be distributed  as” stimulus package to the poor and vulnerable Nigerians”.

She gave kudos  to Ali, the Customs Comptroller General and his  officers  for making the spectacular seizure of foreign parboiled rice and other  items, stressing that the government would not hesitate to give all the necessary support to the Service in order to do more.

.  This may have encouraged the various  Customs Formations across the country  and adhoc Teams  to  intensify their anti-smuggling  Operations  in the south west, south-south, north central and north west geo-political regions. There may not be much  activities  in  the north east geo-political region for now, because of the Crisis in Adamawa, Borno and Yobe states, because of the activities of the Boko-Haram Insurgents .

Notwithstanding, the vacuum  created in the region,  the anti-smuggling Patrol Teams  in Bauchi/Gombe Command, with the support of the soldiers  in the two Brigade Commands in Bauchi  appear to have filled the vacuum created over the years  by making seizures of Contraband, particular, Foreign par boiled rice and vegetable oil , which  could have been smuggled into the Nigerian market in the recent time, no thanks to Bello Muhammed Jibo, the Area Comptroller.  The other  Area  Comptrollers at Adamawa/Taraba and Borno /Yobe Commands, who are worse  hit by the Crisis in the  region, according to reliable sources are  leaving no stone unturned to make seizure of Contraband as well.  The  duo were said to have also put the name of their Commands on the list of those that  made contribution to the 150 Trucks load of rice and other items  made  available by the  Customs Authority  ministry of Humanitarian Affairs  for  distribution to vulnerable group in the country.

UBA: Experts Advocate Collaborations between Government And the Private Sector To Develop The African Continent

Why NDDC Is An Agency OfBogus And Abandoned Projects

Chinese Medical Experts: CECC Clears The Air On Their Invitation To Nigeria

Maritime: Amaechi Inaugurates NIMASA And NPA Board Members With A Mandate To Start Work Immediately