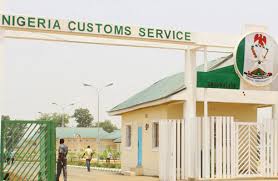 Between January and now, Auwal Mohammed , Comptroller, Port Harcourt Area, II, Onne, has taken advantage of his digital expertise to give  the Command a new daily revenue direction which have translated to improved monthly  revenue  generation. The Value News learnt that the Command has moved from a daily monthly revenue generation of a little over N8 million daily inherited from previous Administrations to about N19 million, which have translated to monthly billions of naira paid into the Federation Account.

Informed sources told the Magazine that the Customs Controller could achieve all that because of the Automation of the Command Operations, which have successfully blocked all areas of revenue leakage at the port. He may have made things more difficult for the Fraudulent importers with their agents at the Onne port by having an experienced  and Computer expert  Deputy Comptroller Mahmood Ibrahim,  as the Officer –In –Charge of the Command exit gate.

An insider told the Magazine that the Customs Deputy Comptroller, who is always working  on his Computer to get information the International Value of the  imports into the country through the nation’s seaport, to forestall the importers from shortchanging the government was said to have recovered billions of naira for the government through the exit gate alone.

The impressive results being achieved in the  Command through the Automation of its Operations may have informed why the no nonsense Comptroller Mohammed have told the newly promoted Officers  serving in the Command ‘’to embrace  the new Customs Technology and acquire  more knowledge  to be able to fit in  the service in the face of the modernization’’. The Customs Comptroller had said that the Automation Technology ‘’ helps in achieving accuracy, prevention of mistakes in Valuation and revenue Calculations’’, noting that ‘’it also helps in increasing officers overall productivity’’.

Many believe that is policy of’’ no Compromise’’, which all Officers attached to the Command have cued into  have put a check on the Fraudulent importers with their agents who were used to doing dirty jobs  over the years as  many have  amended their ways  to do the right thing by making Correct declaration and ensuring that they make payment of appropriate duties to avoid playing into the  hands of Deputy Comptroller Ibrahim and his officers at the exit gate .

Indeed, Importers with their agents who have dared to test the will of the exit gate officers after penetrating the ranks of the Terminal Officers to get their Containerised cargoes released would never forget their experience in a hurry  at the exit gate  as their Consignment  have been stopped and transferred to the Enforcement Unit for proper Examination and revaluation.

The revenue collected between January, and September, 2021, bear eloquent testimony to the Command’s aggressive revenue drive under Comptroller Muhammed. The Command had collected N128.3 billion from imports and exports, which Ijeoma Onuigbo, a Deputy Superintendent of Customs and the Command spokesperson had said was N45.7 billion, or 55.4%, higher than the amount generated and paid into the Federation Account during the same period last year.

The PortHarcourt Are II, Customs Comptroller, who could not hide his feelings had attributed the steady monthly increase of the revenue generation of the Command to ‘’the increased volume of cargo traffic through the seaport’’, which many believe could Compete favourably with the Lagos ports of Apapa, Tin-can Island and Port Multi-services Terminal, PTML, in cargo traffic and importers strict adherence to the Customs extant clearing procedures.

,  An agent who spoke to The Magazine in a Telephone  Chat  disclosed that the Area Comptroller successful ‘‘blocking of all the possible Areas of revenue Leakages at the Onne port and Zero tolerance to infractions capable of undermining the economy and the tight security mounted at the exit gate to check the movement of goods in and out of the port was a big plus for him.

Although , the agents, particular, the members of the Association of Nigerian Licensed Customs Agents, ANLCA, Onne Chapter, had initially tried to sabotage the Onne Customs Area Comptroller by embarking on a Campaign of Calumny  against the Exit  gate officials to force them to soft pedal in order to commit their usual fraud of flying Containers or  exit with their not properly valuated cargoes at a loss to the government, they have embraced Comptroller Mohammed uncompromising Philosophy.

It is not surprising why this has reduced the high level of fraud to which the Onne port had been identified over the years as the Command has continued to generate and pay monthly billions of naira into the Federation Acccount which had never been done before by any previous Area Comptroller of the Command. This may have informed why the Customs Comptroller is optimistic that with the improved patronage of the port and facilitation of trade, the revenue that will be collected by the Command in the remaining quarter of 2021, would be much higher than what had been collected in the previous quarters of the year.

In spite of the fact that there have been improved volume of traffic of cargo imports through the Onne seaport,  Maritime analysts that Comptroller Mohammed has  made an appreciable mark by repositioning the Onne port as the first choice for exporters in the south east geo-political region  but with a close monitoring of the exporters to ensure they do the right thing.

A document sighted by the Magazine gave an insight to volume of exported Commodities and products through the seaport totaling 767,089 metric tons with Free On Board, FOB, value of $250.7 million. The items were said to have been exported to the Asian countries of China, India and other parts of Europe including  the North American country of the United States US, West and Central African Sub-regional markets. The total  Nigeria Export Supervision Scheme, NESS,  value of the exported items was put at about N463.1 million. Vintage Mohammed.

Customs: CGC Team A, Mandate Has Been Achieved’’ – Compt.  Yusuf