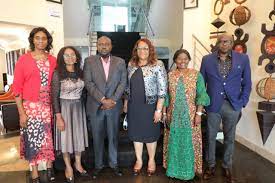 Fear appears to have gripped ship –owners  as the Nigerian Maritime Administration and Safety Agency, NIMASA, moves, to implement  the,International Maritime Organisation, IMO, Ballast water Management, BWM, Convention of 2004, which came into force in 2017. The shp-owners have every reason to worry. This is because the IMO, Leadership, had mandated the member countries of United Nations UN, Maritime agency,’’to ensure that BWM Convention 2004, provisions were, fully implemented by 2024. The UN agency had made it clear that by 2024, ships that fail to comply with the DI and D2, regulations of the BWM Covention, 2004, provisions,would  be, forced out of business. The Nigerian Maritime Regulatory agency may have given the ship-owners exclusively in Nigerian waters enough time to obtain the BWM, Certificate, to avoid running into trouble with the agency with the implementation of the International Convention.

Environmentalists described ‘’ Ballast water, is fresh or salt water that is held in Ballast tanks and cargo holds of ships’’. They noted  that ‘’it is used to provide stability  and maneuverability during a voyage  when ships are not carrying cargo, not carrying heavy enough   cargo or when  more stability  is required due to rough seas’’. Being a signatory member nation to the Convention, may have informed why NIMASA, had repeatedly stated its commitment to the implementation of the BWM 2004, provisions.

During the Administration of Dakuku Peterside, the agency had taken advantage of the  a regional Workshop on BWM, in 2019, in Lagos, the nation’s Commercial nerve centre to solicit for the support of countries within the West and Central African sub-regions in achieving the 2024 target for the implementation of the IMO,BWM, Convention, 2004, stating that efforts are being made by the agency ‘’to ensure its effective implementation ’’.

There is no gain saying the fact that the BWM Convention was adopted by the IMO, member countries to minimise ‘’the transfer of aquatic ganisms and pathogens from one country to another’’.  Take for instance, the problem of water hyacinth plant, which was said to have been carried by ships from the South American country of Argentina to the Nigerian marine environment.

Abiona Badejo, a Professor and former, Lagos state Commission for Transportation had said that ‘’over the last two decades, Ballast water   remains one of the major factors for the introductions of harmful aquatic   organisms and pathogens into the Nigerian marine environment. Prof. Badejo, who spoke on ‘’Water Transportation and Environmental Degradation- the role of international agencies in sustainable development’’ at a one-day workshop, organised by the Chartered Institute of Environmental and Public Health Management in Collaboration with the Maritime Association of Nigeria, MARAN in Lagos, recently,, had said that there is need to take the implementations of the IMO Conventions that has to do with the marine environment very serious.

This may have informed why Nigerians are very happy that the Bashir Jamoh, led NIMASA, has taken proactive steps to address the country’s exposure to the threat of Ballast water because of the high oil Tankers traffic in Nigerian waters. Jamoh, the agency, Director General, may have taken advantage of the 10th Meeting of the National Task Force, NTF, on Implementation of Ballast Water Management, BWM, Convention,2004, to speak out about its plans to implement the provisions of the IMO, adopted BWM,Convention, 2004.

He stressed that being an oil producing country, ‘’Nigeria was prone to the effects of harmful aquatic organisms transported across regions by tankers’’. He may have gladdened the heart of Nigerians when he disclosed that NIMASA, which is ‘’the Lead agency for the implementation  of the Conventions , Codes and Regulations of the IMO,  had in conjunction  with other members of the NTF, ‘’set  up a plan  for full implementation  of BWN Convention, 2004, to beat the IMO 2024, deadline, in the country.

Rita Egbuche, the agency Director of Marine Accident Investigation Unit, who was said to have represented the NIMASA, Chief Executive Officer, CEO, at the NTF, Meting, had said that the country’s ‘’susceptibility to danger of Ballast water as an oil producing nation have been fully recognized’’, resulting in the which have taken steps ‘’to put in place processes and actions to deal with Ballast water threat  in line with resolutions  of the 81 member countries of the IMO’’.

Given an insight to the agency activities on the roadmap for the country’s full implementation of BWN, Mrs. Egbuche stated that it include development of sediment reception facilities, establishment of globally recognised and integrated BWN Testing Laboratory, development of regulations and guidelines for ship-owners and authorization of classification Societies and ship-ownwers, formalization of agreement with the agency on safety and prevention of pollutions survey and verifications.

Other plans that was said to have been  put in place by the agency to manage the threat of Ballast water, in Nigerian marine environment, she further highlighted was going into partnership with relevant Research Institutions and Universities on biological baseline studies of Nigerian seaports and the coastal states, particular, sensitive areas, with prevalence of marine lives.

This is in addition to training of Surveyors and Marine Inspectors for the enforcement of the BWM Convention, 2004, and designate BWM, exchange areas in the Nigerian maritime domain as well as organise sensitization programmes on BWM for the industry stakeholders on the provisions of the Regulations and enforcement of Compliance.

Many believe that with the full implementation of the NIMASA bold initiative on the IMO, BWM, 2004, involving Survey and Certification of applicable ships prior to issuance of the International Ballast water Management Convention Certificate to ships operating exclusively in Nigerian waters, ships with sealed Ballast tanks, feasibility study  for the designation  of BWM, exchange areas in Lagos, Warri and PortHarcourt, and preliminary marine biological baseline survey, MBBS, of Lagos ports and its environs, ship-owners, would have no option but to keep to the provisions of the BWN or be thrown out of business..