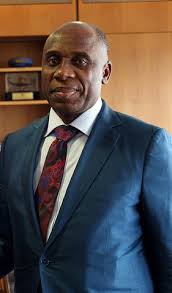 Between January, 2019, and now, past past and present Management of the Nigerian Maritime and Safety Agency,  NIMASA, had intensified effort in securing  sea time berths for Cadets  trained under  the Nigerian Seafarers Development Programme , NSP. Sea time is a term that is very important  in a Seafarers  Prpfesional life.

Maritime experts  had defined a Sea time ‘’as the total time spent by a Cadet  working on a vessel at sea, which is not standstill but actively sailing for cargo transportation’’.   Indeed, it was actually a document that was said to have  been  provided  by the ship Chief Engineer and Captain, to the Seafarer, endorsing that the seafarer has  sailed  on the ship for a particular period of time.

NIMASA sources told The Value News  that the document contains  the details of the ship  including  name, International Maritime Organisation, IMO  number, Tonnage, and Engine particulars. The document is also expected  to bear  the ship’s official stamp and master’s signature to prove the authentication.  This is in addition  to carrying the  remarks  on the behavior and Professionalism  of the seafarer for the period  spent on- board the vessel. Note that a seafarer  could  have two –three  sea time  Certificates from one ship.

The minister had said that the objectives of the  Consultancy  training  services is to build a capacity  for the NIMASA trained NSDP  Cadets  ‘’to take over the lucrative  jobs available in the nation’s maritime sector  , that is presently dominated  by foreign seafarers, particular, the Philippine seafarers.

Insider sources told The Magazine   that over 1000 Nigerian seafarers  have  graduated  from different maritime schools across the globe  but are yet to obtain  the requisite Certificate of Competency required of them, so as to be gainfully employed as Officers and Masters on board ships.

The approval of  $454,000 for the sea time training of the NIMASA Cadets under the NSDP, by the Kastina state born Nigerian President may have encouraged Bashir Jamoh,, the agency Director General and his Management Team, to become more aggressive in  making effort to secure  the sea time training for the Cadets  in spite of  the limitations posed by the Wuhan Town in the Hebei Province of the Asian country of China emerged coronavirus, popular, COVID19. The agency  was said to have   secured a three- month extension  for the 400 Nigerian Cadets currently   undertaking  sea time  in different  parts of the world.

The three –month, sea tme training that may   lead to the award  of Certificate of Cpetency, CoC,  to beneficiaries, according to Jamoh, the NIMASA ,boss  ‘’was extended  for another three months in the first instance  to enable  to the seafarers  complete their training  amid the global lockdowns caused by the COVID 19 pandemic’’.

Given an inside information of the efforts that had been made by the agency under his close watch since the outbreak of the disease on March 23, 2020, and the subsequent lockdowns that followed to secure  sea time opportunities  for a good number  of the trained Cadets across the globe, he disclosed  that over  550  of the seafarers  are  in various countries  for the three-month programme that would lead to the award of the CoC  to the beneficiaries.

Perhaps to monitor the Cadets  and guard  against anything  that could keep them  stranded in  any of the countries where they are undertaking the sea time training, the agency officials  were said to have  been  in constant touch  with the Nigerian Embassies  in the beneficiaries host countries  as well as the Cadets and their leaders who were said to be giving them feedbacks from the Cadets on how the sea time training is progressing.

Jamoh, the NIASA, Director General, who could not hide his feelings had said that  ‘’the  feedbacks from the Cadets and  their Leaders from the various  countries across the world  where they are undertaking the sea time training  have been very encouraging’’. He observed  that  the major  problem of Cadets sea time training  the world over  which is the pandemic  was gradually being resolved. This may have informed why another set  of the NSDP Cadets  had been approved   for sea time training, but their enrolment  may  have been put on hold till thelobal pandemic is resolved.

Not many people were surprised that Jamoh, the NIMASA, helmsman, and his Management Team, have taken the sea time training of the NSDP Cadets  to another level in the country  as it is in line  with the global  training standards  allowed by the IMO. It is no record that that the Buhari Administration at the early  years of the Peterside tenure in NIMASA earmarked N 3 billion  to provide sea time training  for 300 seafarers on-board  International vessels under the NSDP, in 2019. They were Cadets who were said  to have graduated from the Arab Academy of science, Technology and Maritime Transport, Alexandria, Egypt, South Shield  Marine school South Tyneside  College, United Kingdom including the Cadets trained, Philippines . The UK marine   institution  was said to have provided sea time training to 502 Cadets in various fields of  Marine Engineering and Nautical science.

A top official of the agency who spoke to The Magazine  disclosed that it is not the funds for the sea time training  that is the problem but lack of the Nigeria flagged  vessels   going on the International waters. The NIMASA  official was emphatic when he said, ‘’  the biggest challenge  that country have at present  was that it does not have ocean going vessels owned by Nigerians  that could be used in providing sea time training for the Cadets.

Philip Kyanet, a Deputy Director and the agency, Head, Corporate Communications, had said   that the NSDP, which had been churning out the Cadets   was initiated in 2008 to deal  with the dearth  of trained  and Certified seafarers  in the nation’s maritime sector  dominated by foreign seafarers. The NIMASA, spokesperson hinted that ‘’so far  the programme  has graduated  over 2,000  Cadets, stating that many of them  have undergone  sea time  training  and are currently  `in the employ  of various International shipping  Lines.

Note that until his removal from  last March, which marked the expiration of his first  four years in office, by President Muhammadu Buhari,  Peterside, the then Director General of the agency  had said that no fewer than  500 seafarers   would be placed  on various  vessels   in  January,2019 , to under go the mandatory  sea  time  training .

It could not be ascertained whether he was able to accomplish his plan. He was said to have also said  that the agency had helped 3000 of the NSDP Cadets to gain  full employment in various shipping Companies which have ocean going vessels sailing in Nigerian waters.

Going by the steps already  taken  by the present Management of NIMASA, to sponsor more Cadets  under the NSDP, Maritime analysts  are optimistic that in the  next four years Nigerian trained seafarers would dominate the nation’s maritime sector.