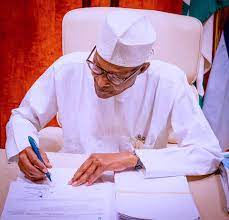 In spite of the fact that the Petroleum Industry Bill, PIB, which had been on the drawing board over the last 20 years has been signed into Law by President Muhammadu Buhari, a retired Army General, on Monday, August 16, 2021, barely one month after it was passed into Law, by the National Assembly, it has continued to receive hard knocks from different quarters.

This because of the meagre 3% allocation of the yearly operating expenditure of the Oil Producing Companies to the host Communities. although, Bashir Ahmad, Special Assistant to the Kastina state born Nigerian President on  Digital and New Media had said that ‘’it would  overhaul and transform the nation’s oil industry , ensure good governance  , accountability, creation of  a Commercially  orientated  national Petroleum Company and fostering  a conducive  business environment  for Petroleum operations,’’ critics see it as very amusing.

Their anger was that the Nigerian President had concerned concerned  himself more  with the anticipated huge revenue that would accrue to the government and the fair return to the investors in the nation’s oil industry in order to step up their investment in the sector.  They believe that the retired Army General gave room to the Lawan Ahmad , led Senate and the Femi Gbajabimiala controlled House of Representatives who are ever ready to do his biddings to rubber stamp the proposed  PIB,  which was presented to the two Chambers in four segments, forming separate bills.

Note that the reviews PIB compared to theinitial proposal that was said to have been presented to the National Assembly in 2008, by Late President Umaru Yar’Adua, in 2008 Under the new PIB, which hve the Petroleun Industry Governance bill,  Fiscal Regime  bill,  Upstream and Mistream  Administration bill and Petroleum Host Communities bill, may have given critics the impression that masterminded the approval of the 3% allocation of the operating cost of the Oil companies  to the host Communities.

Informed sources told The Value news if it was possible to have further reduced the allocation to the host communities before presenting the proposed PIB to the National Assembly, he could have done it.  The hot debate that was said to have characterized the passage of the PIB over the 3% allocation to host Communities last July  speaks volume.

Depite the heated debate on the contentious issue, which was said to have almost polarized the  National Assembly, along paty lines,  the Lawmakers had rubber stamped the 3% allocation of the yearly operating  cost of the oil firms  to the host Communities in the nine oil producing states  in the Niger Delta, comprising of  Akwa- Ibom, Bayela, Cross river, Rivers, Delta, Edo,  Ondo, Abia and Imo.

Note that with the passage of the PIB and the Presidential accent to it to become   Law, which many see as a bold step  to  effectively monitor the nation’s oil industry, it has continued to incurred the anger of the people of the Niger Delta  who were said to have demanded   for 5% allocation of the operating cost of the oil companies to the host communities.

It is not surprising why some of the governors of theNiger Delta states are not happy over the development, and have vowed to  make their declaration on the issue soon. They were said to  have  made it clear to those that cares to listen  that the 3% allocation of the operating cost of the oil companies to the host communities in the region  is too small , considering ‘’ the risks and hazards  members  of the host Communities are subjected to’’.

Akin Oyebode, a Professor of International Law, at University of Lagos, who could not hide his feelings may have strengthened the resolve of the Niger Delta governors to battle the Federal government over the 3% allocation of the Oil Companies operating cost to the host Communities when he faulted it.

The University Don   had said that’’ the 3% allocation amounts to nothing compared to the suffering of the people of the affected host communities’’.  He was said to have drawn the attention of the Lawmakers when he said : I think  we have  to recognise  that  what we really have  are oil –bearing  areas and not oil –producing areas , insisting that ‘’the relationship  between the  International oil companies  and the oil-bearing communities  needs to be strengthened  out’’. According to the erudite Professor, ‘’3% allocation of the  yearly operating expenditure to the host communities is a pittance for those who suffer the encumbrance of producing oil’’.

He noted that ‘’the comitant  of ravage  of the environment and then, the fact of  the unpleasantness   of heat coming from gas flaring ,  resulting in cancer and other  sicknesses ravaging the people  of the host Communities, need to be Compensated for.

He would want the Lawmakers to take another look on the PIB by putting into critical consideration ‘’the health condition of the people and the hardship  faced by the people due to  the  oil spills and other factors’’.

Bismarck Rewane, a member of Buhari Economic Advisory Council, a Managing Director of Financial Derivatives Company Limited had said that the 3% allocation of the yearly operating expenditure of the oil companies to the host communities ‘’was not the ideal, optimal  compensation’’  for the host communities. He has his reason.  The people of the host communities are suffering due to oil exploration in the region.

In his apparent reaction to the  3% allocation of  the yearly operating expenditure of the host Communities as contained in the PIB, Nyensom Wike, governor of Rivers state and a strong critic of the Buhari Administration,  has asked  the Federal government ‘’to checkmate  the spending  of the allocated Funds to the host Communities by the oil Companies’’ to avoid abuse. He noted that ‘’leaving the host companies with the Funds will cause a lot of crisis’’.

Perhaps, this may have informed why Rewane, who incidentally is from Delta state, has suggested that ‘’all such contributions should be deposited in a trust Fund for he Communities’’. He had said that the trust Fund is the only thing that ‘’will enhance peace and cordial relationship between the oil companies and the host communities.

Aware that the  3% allocation of the oil companies  yearly  operating expenditure  to the host communities in the  Niger Delta is too small  compared to the suffering of the people may have informed why  some northern Leaders have advocated for an increase  in the  percentage allocation  to guarantee peace in the region.

Sylva Temipre, a former governor of Bayelsa state and minister of state, Petroleum Resources, may have known that here is trouble ahead over the  3% allocation of the yearly operating  cost of the oil companies to the host companies  that  he has promised   that’’ the government will again engage  the Niger Delta  Oil producing communities to rub minds. The minister may have been forced to speak out when on Friday, August 13, 2021, when a group of Ijaw elders, Leaders and other critical stakeholders in the region  visited to congratulate  him on the passage of the PIB, after 20 years of being on the drawing board.

To ensure that the Youths of the host communities would not express their anger in a very  violent way over the meagre 3% allocation of the oil companies operating cost to  them, may have informed why  the industry stakeholders  alongside Temipre, the minister of state, Petroleum Resources and Lai Mohammed, minister of Information and Culture   are planning to hold  town hall meetings  in  the host communities ‘’to sensitise the people on the need to secure  public assets in their areas’’.