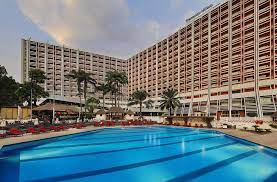 Mrs. Owen Omagiafo,  President  and Group Chief Executive Officer, CEO, Transcorp Nigerian plc, is a happy  woman. Omogiafo, source of happiness, was informed by the fact that the Conglomerate which have its investments spread in various sectors of the nation’s economy ranging from Hospitality, Power, Oil and Gas, are growing in lips and bounds and  which had resulted in making a huge Profit After Tax PAT, as exemplified in its 2021, half year  report eben, when other  Competitors are crying for help speaks volume.

Transcorp Plc, which has Tony Elumelu, a Nigerian acclaimed Philanthropist and business mogul, who incidentally is the Chairman, of the Pan African Bank, United Bank for Africa, UBA plc, behind it, is a publicly quoted Company , which owns Transcorp  Hilton, located at Abuja, the  Federal Capital Territory, FCT, Transcorp Hotels, Calabar,, Cross River state , described as the best five stars Hotel in the nation’s Hospitality sector. This is in addition to the Company’s strategic Investment in Trans in the nation’s  Power sector   which was said to have  resulted in its complete  take over and revitalisaion of the epileptic  Afam Power , from the old National Electricity Power Authority, NEPA, during the unbundling of its power plants across the country and which had been renamed  Trans Afam limited and the Transcorp Energy, which is overseeing its Investments in the Oil and Gas sector.

The good news is that all the Companies under the Transcorp Group are doing exceptionally well notwithstanding the adverse effect of the Asian country of Chin,a emerged coronavirus, popular, COVID 19, on the global economy, which had forced many Organisations , both small and big , to scale down  their operations let alone  initiate new investment portfolios while some others were said to have  collapsed.

Omogiafo, the President and CEO, of the Transcorp plc, who could not hide her feelings had said that ‘’the Conglomerate’s commitment towards producing  long term-  value and sustainable  impact had resulted  in its improved performance  across all the sectors of the nation’s economy . She cited the revenue  that had accrued from the power sector alone, which was said to  have grown  by 48%. An amiable Omogiafo, had attributed the increased income from its Trans Corp power, particular, Trans Afam Limited and Trans Energy’’ which was said to have received improved gas supply, resulting in ‘’increased energy generation capacity’’.

While Ikeja and some other Electricity distribution Companies, DISCOS, across the country are still struggling to meet the demands of their teeming millions of Customer, Transcorp power, appears to have gone beyond that as its Customers in Rivers state and other parts of the south east including the FCT, are said to be enjoying improved power supply and ever ready to pay their bills as at when do in order to sustain the power supply. Note that there are 11, approved DISCOs that are doing business with the government in the power sector in different parts of the country.

The Transcorp plc, boss, may have given an insight to the shareholders  of the mouth watery dividends they should be  expecting at the end of the 2021 , Fiscal year, when she released the half year report of the Conglomerate which was very impressive.

A Statement issued by the Company through the External Relations Department, of the UBA, shows that it recorded a Profit After Tax, PAT, of N6.5 billion which was said to have caught across its major income lines. This is about 713%, higher than the N0.8 billon income that was said to have been realised by the Group between January and June, 2020

. More revealing in the report was the fact that its total revenue generation rose by 53% from N35 billion in June, 2020, to N53 billion in June, 2021.  The Conglomerate was said to have also made a Gross profit of  N23.5 billion , within the period under consideration , as against N14.7 billion,  made in the previous half year performance, showing a 60% increase.

She may have won the heart of the shareholders, particular, the Board members, when she revealed that the Transcorp Conglomerate  Profit Before Tax, PBT, had increased by 689% in its current half year performance to N7.1 billion from N0.9billion, during the same period, the previous year.

In spite of the negative impact of the COVID 19 on their business and the nation’s economy in general, a hardworking Omogiafo, the Transcorp plc, President, has expressed ‘’confidence in the Company’s recovery strategies, citing the recent of Aura, the Company’s digital hospitality Platform, as a testament to that confidence’’.

Given the Conglomerate Team work in order to deliver on its mandate of’’ improving lives and transforming the Nigerian economy’’, Omogiafo, the Transcorp, helmsman, has assured the shareholders that they will not rest on their oars until they have  achieved the purpose. She was emphatic on this. We will continue  to sweat  our existing assets  and explore  more frontiers  to improve the income of the Company’’, she had said.