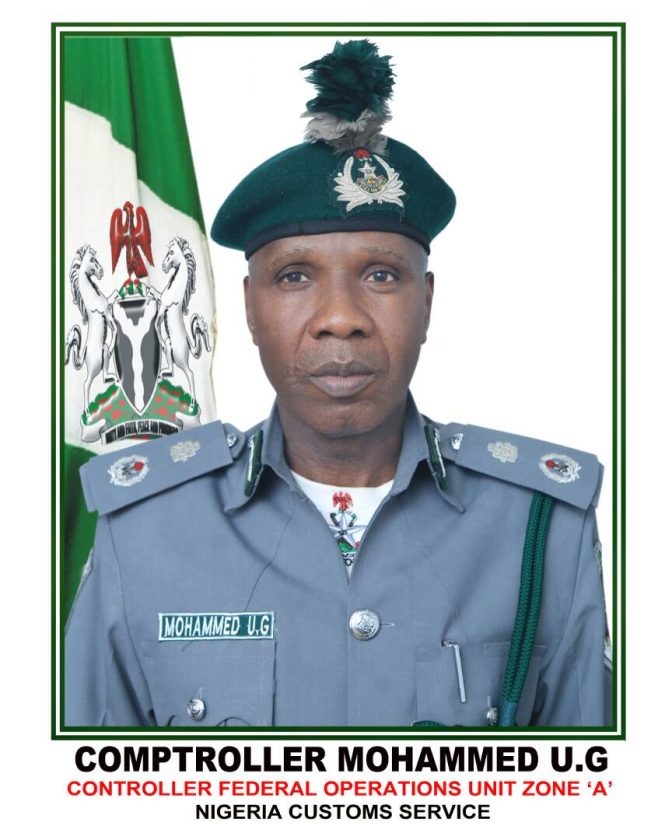 Ikechukwu Nwachukwu, a trader who shuttles between Nigeria and Togo to buy fairly shoes for sale in the country was disappointed when he got to Seme -Krake land border station to process his Economic West African states, ECOWAS, document on Friday, February 15, 2019.

Unknown to him, the Land Border stations between Nigeria and other ECOWAS, neighbouring countries  such as Republic of Benin, Niger, Chad and Cameroun , had been closed at the instance of President Muhammadu Buhari by Abdulrahman Dambazu, a retired Army General former, Chief of Army Staff , CAS, and now minister of Interior. This forestall infiltration of foreigners in the country’s Presidential on Saturday, February 16,  2016. He was forced to go back home after declaring the foreign currency denomination with him to Customs personnel at the Border.

It was learnt that the directive to close the land Border stations throughout the country  was effected 12 noon on Friday, February 15, 2019. It was gathered that  the officials of the NCS  and  the NIS, had been on the alert since they got the directive to forestall further Cross Border movement of goods and services.

Much attention was said to have been paid by the security agencies operatives at Ogun and Adamawa states particular , because of the several illegal routes in the two states.  Take for instance, Ogun state , which according to NIS  records has 84 illegal routes while Adamawa has about 83 unapproved routes that could be used by  foreigners to enter into the country and conduct their business and go back without interruption.

Unconfirmed report has it that many indigenes of these neighbouring West African countries had in the past obtained the permanent  Voters Card and had been using to vote  in elections in the country. Many of them who were said to have reached the voting  were said to registered  during the last review of voters registration  with the intentions to vote in the forthcoming general elections in the country.

They got it they could not find their way into the country because of the Border closure which caught them unawares  It is not surprising why many INEC the country, particular states that share boundaries with these other ECOWAS countries are facing of disposal of unclaimed PVCs. Take for instance, Taraba state, which has unclaimed PVCs of about 43,626.  An additional  428,727 new said to have made difference between the number of registered 2015 and 2019 elections. Festus Okoye, the Independent National Electoral Commission Spokesman  noted that the number of  registered voters  in the state in 2015 was  1,348, but 1,777,105, registered for the 2019 elections

Muhammed Uba Garba, Comptroller, NCS, Seme Command and Chairman, Inter agency security Committee, may have set a record on how to police the land Borders during general elections for other Border Comptrollers to follow suit. Garba , according to sources , was said to have initiated a meeting of all the Heads of the security agencies at the Seme- Krake Border Community to prepare the ground to that the directive was collectively carried out.

Insiders told  The Value News that officials of the NCS, resident NIS, Border Patrols, Police, NDLEA, Department of State Service, DSS,  were at the meeting. A source confirmed that the outcome of the high profile security was communicated to their Beninoises counterpart in line the ECOWAS regional Integration and Cooperation for their support. This is because of the sensitive nature of the government directive.

When The Value News reporter visited the notorious Idiroko Border, under the control and supervision of Michael Agbara, there was a bevy of security operatives at the Border proper and along the  Idiroko and Sango –Ota road with the Border patrol officials doing what they best: using tribal marks, complexion and Language to identify non Nigerians who were quickly turned back to Republic of Benin. A Border patrol official at Seme  informed The Value News that that the Borders would remain closed as the joint Border patrol have been positioned at strategic locations  to forestall Cross Border movement of goods and services.

But a ministry of Interior source said the closure of the land Borders was a temporary and may be reopened on Sunday, February 17, 2019, after the counting of votes  and the general elections result announced for Nigerians to know their next President.