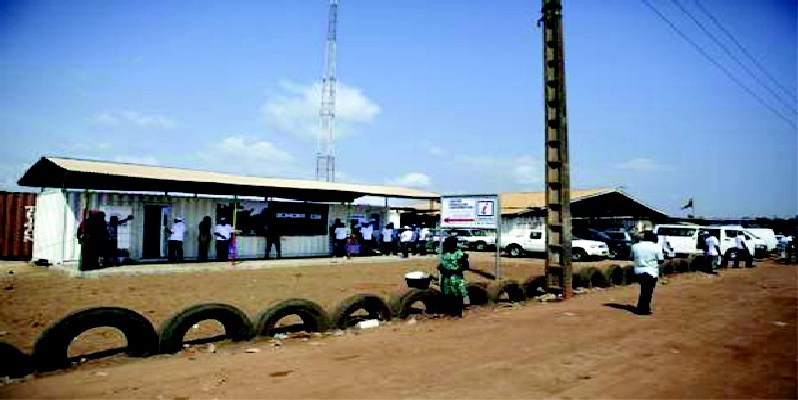 The honeymoon between the Manufacturers Association of Nigeria, MAN, and the Nigerian Customs Service, NCS, over the border drills appear to have ended. Initially, the leadership of MAN, had seen the border  drills  as a welcome development and an opportunity to take over the market of the member countries of the Economic Community  of West African States, ECOWAS,  sub-region, with the sale of their Economic Trade Liberalisation, ETLS , approved  goods.

The Association had thrown its weight behind Hameed Ali, a retired Army Colonel and Comptroller General, NCS as Ahmed Mansur, an Engineer, and President of the Organisation, who incidentally is a member of the reconstituted Board of the Customs was always found in the agency events. Take for instance, the recent inauguration of the two multi- million Crafts procured for the Service by Abdullahi Diko, a former Customs Comptroller General, which was contracted to the Nigerian Navy to carry out the necessary repairs because of over four years of lying waste at the Marina water front and to fit the guns to it to be able to carry out its anti-smuggling operations on the nation’s water ways.

Insiders informed Value News that Ali, the Customs boss , was always happy to have Mansur,  the MAN, President  around him in any event to prove that MAN was behind the border closure. As the border drills had entered its second month, with its members ETL goods trapped especially at the Seme/Krake joint border, the country’s busiest border, the Association members had cried out as their warehouses are filled to the brim with unsold stocks as their imported raw materials to sustain their production from Benin terminal, Cotonou and Bollore port in Republic of Benin could not be allowed to enter the country because of the border drills. The worst hit are the  Multi-national Companies are Unilever, Nestle, ,Cadbury, Flour Mills, Olams,  PZ,Honey Well including Dangote,  as some of their manufactured goods are for the export market in the West and Central African sub-region. It is not surprising why hundreds of their trucks laden cargoes and raw material imports had been trapped at the border since August 19, 2019.

It may appear that  some members of MAN ELs trucks laden cargo including imported raw materials are trapped at the border and the old Atlas park in Benin side of the border Community  because of the country’s policy last February that ‘’all transit of goods  from border Units to Nigeria must go through  the country’s Krake-Page Customs Unit in  to pass through the exit route of the approved joint border.

There  fears in both officials and unofficial circles that if President Muhammadu Buhari fail to review the policy this month or next, the Manufacturing Companies , which are said to be losing over N2 billion  daily over unsold ETLs goods to service their bank loans may be forced to  close down some of their production lines  which may lead to the sacking of factory workers and some technical and Administrative  key Staff.

This is a bad news for the Buhari led All Progressive Congress , APC, government, who was believed to be doing everything within his powers over the last four years  to revive the nation’s battered economy in order to reduce the level of unemployment in the country.

Although Ali , the Customs Comptroller General, may want the Katsina born Nigerian President and the Joint National Assembly Committee on Finance and National Planning that that positive effect of the border closure in terms of daily  revenue generation was encouraging.

Note that appearing before the Joint Committee recently, Ali, the Customs Comptroller General,  had told the Law makers that the  border closure had forced the importers  which   abandoned Nigerian ports in the past  four years to return  to take delivery of their goods, which had boosted the country’s daily revenue generation from  non –oil imports and exports to between N4.7 billion and N5.8 billion. He stopped short at saying that the service generated  N115 billion  in September , noting that the revenue  generation  would shore up to N155 billion  this October as the borders remained closed.

He may have gladdened the heart of the Joint Committee members of Finance and National planning who did not hesitate in increasing the Service revenue target for 2020 from the current  N942.6 billion to N1.5 billion while reviewing the 2020 -2022 Medium Term Expenditure Framework and Fiscal Strategy Paper.

He may have also won the heart s of Yemi Osibanjo,  the Vice President and Adams Oshiomhole, a former governor of Edo state and now National Chairman of APC, who want the border closure to remain because of the its positive effect on the economy in terms of revenue generation in the last two months.

Oshiomhole, who may not have known what Nigerian Manufacturers and cross-border businessmen have been going through over the last two months, had paid a visit to Ali, the Custom Comptroller in his Abuja office last Thursday assuring him that the ruling APC fully support the ‘’border closure’’. He was said to to have told him that the action  should be sustained  for the economic growth of the country  until the neighbouring countries of Benin, Niger, Chad and the Central African country of Cameroon are ready to comply  with the ECOWAS trade protocols.

He lamented that there is a subtle  blackmail   by some organised pressure groups to force the government to review the policy which would not work. He may have alluded to Mansur, the MAN, President who reportedly  said that the Association have begun discussions with the government to review the policy in order to meet up   with the Orders on the Letters of Credit, LC, from foreign partners which were was said to have put many of them into trouble  as they had failed  to meet their Customers demand in the two African sub-regions. This may have informed the reason why some of the creditor Companies are finding it difficult to service their bank loans  obtained to import their raw materials trapped at the Seme/Krake Joint border post  since August 19, 2019,  which has adversely affected their financial transactions, forcing some of  the banks to swoop  on them to recover their  short term debts.