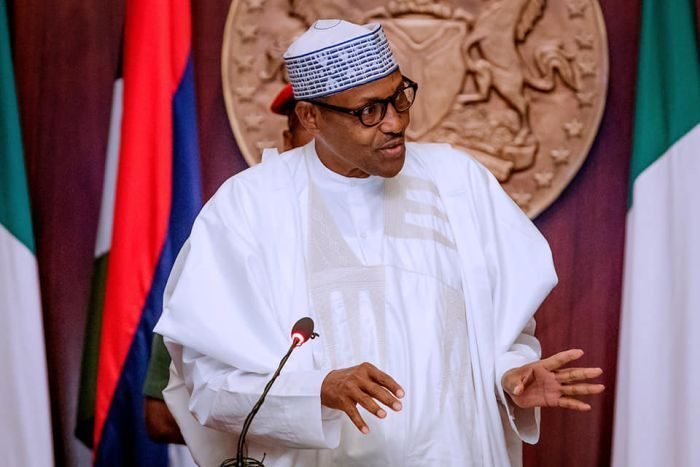 This is not the best of times for the Nigerian Liquefied Natural Gas Limited, NLNG, and Sea drill Mobile Unit Nigeria Limited, an oil service Company. The Company had Nigerian Maritime Administration and Safety Agency, NIMASA, and the of Transportation, in a legal battle over payment of Maritime the years. The appear to have their lesson the hard way.

NIMASA may have initiated the legal battle when it took on NLNG, in 2010 to force the Joint Venture Company, JVC, between the government and the Shell Petroleum Development Company, SPDC, Nigerian Agip Oil Company, NAOC, popular , AGIP, and Elf Nigeria Limited,  to comply with the Nigerian Laws  and pay the necessary levies  and other charges.

Past Director Generals of the agency knew that cargo vessels and the drilling platforms in the nation’s oil sector up to be paying the  country’s maritime levies going by the law setting up NIMASA and the Cabotage Act but failed to implement the law to force the Companies to do so to avoid stepping on toes.

Dakuku Peterside, the Rivers state born  Director General,  of the maritime regulatory  agency who may have  taken time out to study the NIMASA Act, Cabotage Act and other laws governing the nation’s maritime sector and had  seen  that the oil sector was an untapped source of revenue for the agency because of non compliance of the  maritime laws.

Acting under the NIMASA  Act and other maritime laws of the country, he had decided that  the right thing must be done: NLNG and other Companies  in the naton’s oil secor must  pay the country maritime levies.

At the instance the NIMASA Director General, the Enforcement  officials were  said to have piled up pressure     on the Companies, particular , NLNG, to pay the levies to forestall its trading vessels from being detained. The Company may have thought that it could be sttled in Court  as  it dragged the case to Court, arguing that it must be exempted  from the payment of such maritime  levies  contained under the  NIMASA Act, Cabotage Act, Marine Environment(Sea protection Levy) Regulations and other  laws of the country.

Note that  the Company  had repeatedly refused to ”pay the 3 percent  of the gross  freight  on all international outbound  and inbound cargoes  carried by ships  chartered by the Company or its wholly owned subsidiary.

More frustrating was  the refusal  to” pay also the  two percent  surcharge  on Cabotage trade   undertaken by its vessels  within 200 nautical  miles  of the baselines  of the nation’s Coastal and Inland water ways.

The JVC may have infuriated  the Dakuku Peterside, led NIMASA, when itgave its words  that it would not ”comply    with the ” marine environment    (sea protection levy) Regulations  of 2012 and the Merchant  Shipping   Ship Generated  Marine Waste Reception Facilities, Regulations 2012.

Recall that the  agency had commenced a legal proceeding  against the JVC, in 2010,to force it to pay the levies but, however,  bowed to pressure from powerful quarters to withdrew the case from Court  to prepare the ground for out of Court settlement.

Insiders told The Value News that the  agency gave  the JVC enough  time to settle their indebtedness but that was how far it could go.  The situation was so bad that the agency had no option but to  resort to plan B to force the Company to make the maritime payments  or be prepared for the consequences.  The battle line was  drawn between the Company which has link with the Nigerian National Petroleum Corporation, NNPC, an agency under the ministry of Petroleum Resources and NIMASA, an agency  under the ministry of Transportation, saddled  with the responsibility of enforcing the country  maritime laws.  The detention of NLNG  vessels for non compliance with the country maritime laws may have sent a signal  to the Company’s management that the game was up.

The Company may have lost  millions of dollar  within the few days that its   cargo vessels wereout of business  that the officials  quickly cried out  to NNPC and Ibe Kachukwu, a former minister of state, ministry of Petroleum Resources, to help out.

They had expected force the maritime Regulatory agency to lift  the ban on their detained vessels to resume its trading activities. Kachukwu, may have read the hand writing on the wall that it would be a difficult task as  the two Organisations which are into business were not ready to shift ground.

Giving the direction the case was taking with the involvement of Rotimi Amaechi, a former minister of Transportation who was not happy that the NLNG and the other Companies in the nation’s ol sector, had failed to comply with the nation’s maritime laws, let alone pay the mritime levies, decided to take up the matter with President Muhammadu Buhari to save the situation from degenerating.

The Katsina state born Nigeria President was said to have mandated Babagana Munguno, a retired Army Major General and the National Security Adviser, NSSA, to mediate on the crisis to resolve the conflict of interest between the two parties.

The two parties may have reached a compromise as  the JVC, was said to have agreed  to  make an outstanding  payment of $20 million to NIMASA , forcing  the agency to lift the blockade placed on the Company to resume  normal lifting of gas to its oversea buyers.

The agency, according to sources, may have relaxed that the matter has been settled  with the intervention of the NSA ,  but the company returned  to Court which may have been what the  NIMASA officials may have been waiting for to finally put the matter to rest.

the two parties in the dispute were said to have canvassed  various issues to support their case quoting various laws of the Federation.  The NLNG, Lawyers  were very optimistic that the Court ruling  would be in their favour but got it wrong.  They were disappointed when the Court ordered the JVC  to pay the country maritime levies, an indication that there was no hiding place for them any longer.

NLNG loss of the case was a bad news for Seadrill Mobile Unit Nigeria Limited which had also dragged  the Federal Ministry of Transportation ,FMOT,  to Court over the  payment of the maritime levies.

The Company had included NIMASA in the case to ensure that it would not impose the Maritime levy on them. The case was said to have gone the NLNG, way as the Court ”confirmed NIMASA’s right to collect fees from drilling Companies”.

Many believe that if either the NLNG or Seadrill Mobile Unit Nigeria limited had won NIMASA in Court , it would have  emboldened other Companies operating in the nation’s oil sector who were waiting in the wings f to start their own legal proceedings against NIMASA to ensure that they were exempted from payment of the maritime levies.

They see Court rulings as a sweet victory for NIMASA that  could enhance its yearly revenue generation as the Companies in the nation’s oil sector have no option but to pay the maritime levies which had been a tug of war over the years.

An elated Peterside  described the Seadrill Mobile Unit Nigeria Limited judgement as “ another landmark attempt by the judiciary to set the record straight and boost implementation of the Cabotage law”, that would create more  job opportunities for the teemining unemployed in the country.

While NLNG , had instituted a suit against NIMASA to be exempted from payment of the three percent maritime levy and other charges,  that of Seadrill Mobile Unit Nigeria Limited was basically to ”determine whether drilling operations fell within the definitions of “Coastal Trade” and “Cabotage” under the Coastal and Inland Shipping (Cabotage) Act. It was said to have asked the Court   to give them a” proper interpretation of the Cabotage Act, drilling operations and the definition of “vessels” under the Act”.

The court, presided by Justice Babs Keuwumi, may have shocked the Company when  he ruled that drilling operations fell within the ambit of exploration, exploitation, or transportation of the mineral resources or non-living natural resources of the country, whether in or under nation’s waters, as provided under the definition of coastal trade fall under the Cabotage Act.

The court was said to have also ruled that the combined reading of the Admiralty Jurisdiction Act, Interpretation Act, and Cabotage Act, meant that” drilling rigs fell under the definition of vessel under the Cabotage Act”.

the Court Orders may have emboldened  NIMASA officials to proceed  without further delay to collect all the agency  outstanding payment of the 2 two percent Cabotage surcharge from owners of drilling rigs and associated platforms.

Appealing  to aggrieved persons engaged in inland trade who were not initially willing  to pay their Cabotage fees to do so, he opined that that it is the  the only they would operate in the Nigerian waters without running into NIMASA troubles of getting their vessels detained. He  reaffirmed the Agency’s commitment to the” enthronement of global best practices in the Nigerian maritime sector”.

” Maritime watchers aver that the Cabotage  Act was very clear on the payment of the levies  by the Companies and has again been interpreted by the Court” for all parties to Comply  with the Country’s maritime laws. ”We expect  that  with the Court rulings , all aggrieved parties will obey it and do the needful”, he had said. ” It is for the growth of the nation’s maritime sector and the economy at large”, he  further said.

He has  assured stakeholders  that they have no cause  to worry as the agency will continue to do everything within its powers  to sanitise the sector for all players to be happy but warned  that ”every craft that is involved in Coastal  trade must pay the two percent Cabotage levy”.

The NIMASA DG re-echoed the determination of the Agency to end the Cabotage Waiver regime in the next five years. He disclosed that necessary measures had been put in place in collaboration with stakeholders  to achieve a” seamless waiver cessation”.

Given an insider information, Isichei Osamgbi, a Deputy Director, and NIMASA, Spkes person disclosed that  Section 2(d) of the Cabotage Act provides that Coastal Trade or Cabotage means the engaging by vessel in any marine transportation activity of a commercial nature in the Nigerian waters and the carriage of any  cargo or substances whether or not of commercial nature within the waters of Nigeria.